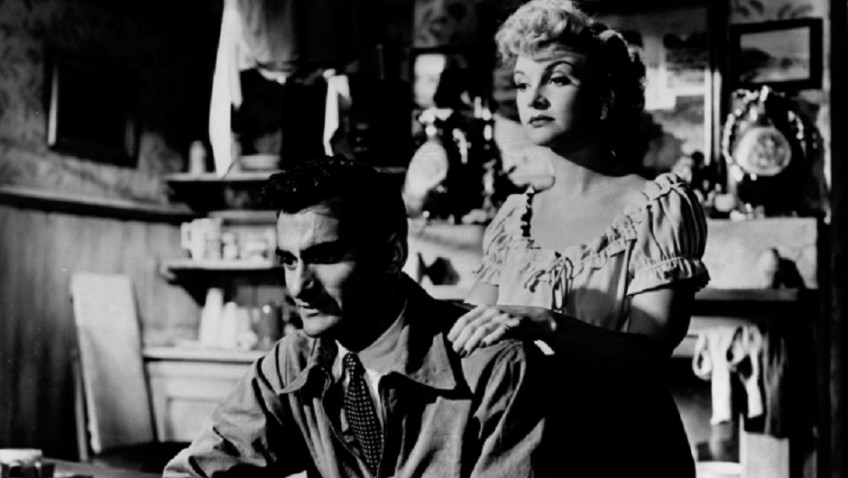 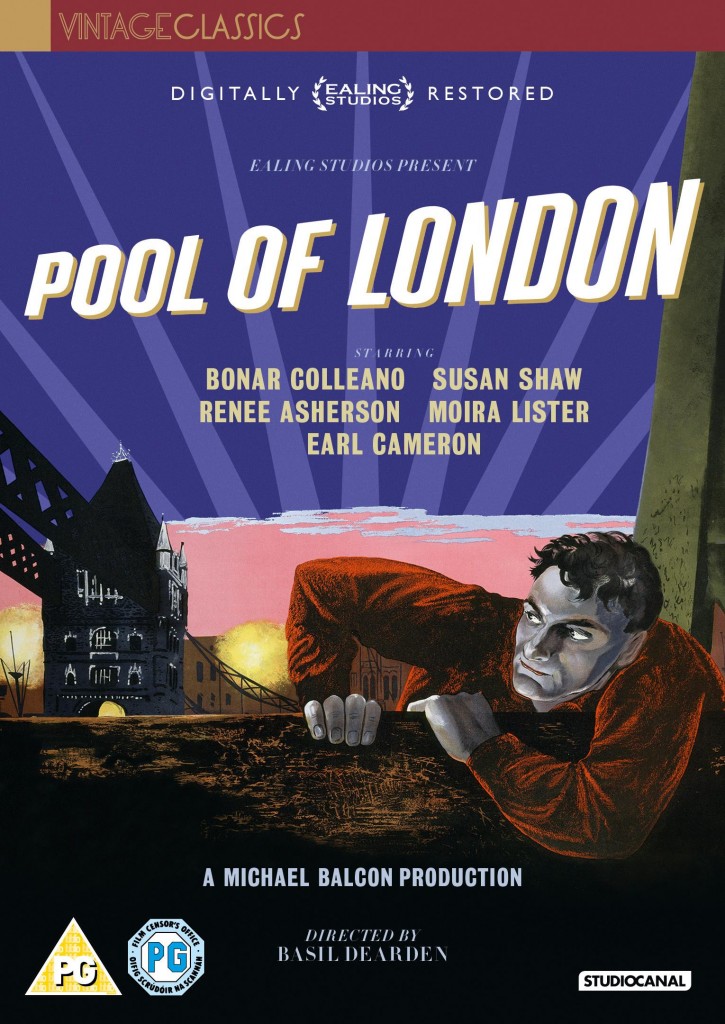 POOL OF LONDON (StudioCanal).  In 1951 Basil Dearden followed up The Blue Lamp with another crime story with strong London locations, this time Dockland and Thames. There’s a car chase through amazingly empty streets.  Two sailor buddies, one white, one black, spend a weekend on shore. Bonar Colleano gets involved in a diamond robbery. Susan Shaw befriends Earl Cameron but their friendship is not allowed to develop even to a peck on the cheek.

This is Britain in the 1950s and race relationships were still a touchy subject. A black actor getting a leading role in a British film then was quite an achievement. Cameron is still alive and is now 99 years old! He points out in an interview that, despite his good notices, he didn’t get a contract and was out of work for a year after its release. Had he been white, the film would have launched his career.

ODDS AGAINST TOMORROW (Sony). Robert Wise’s stark film noir was much underrated in 1959. An elderly embittered retired cop (Ed Begley) persuades two men, deep in financial trouble, to rob a small-town bank. The film’s title tells you that they are all losers. The ex-cop is old and foolish. The other two are a decent black man (Harry Belafonte) and a white racist bigot (Robert Ryan), reckless and dangerous.

It was the racism which gave the film in 1959 its contemporary statement and edge. Ryan has the hard look of a villain. Belafonte has the soft look of a vulnerable anti-hero. The heist has real tension and the final shoot-out amongst giant turbines provides an explosive climax. The lighting is by Joseph Brun. The jazz score is by John Lewis.

The casting is all wrong. Woodward and Carroll should have swapped roles. But America wasn’t ready for racial integration and interracial romance in 1962. The film loses its whole point and is the duller for it.  Virtuoso Louis (can’t-stop-smiling) Armstrong livens things up when he blows his trumpet. Martin Ritt directs.

NOTES ON BLINDNESS (Artificial Eye). How terrible it must be to go blind. Academic John Hull kept an audio diary in order to understand and explain his blindness. The diary has now been turned into an affecting documentary by Peter Middleton and James Spinney which, with convincing dramatic reconstructions with actors who lip synch the recordings.

The film charts his progress. Initially, he doesn’t want to acquiesce and refuses to face the fact. Who has the right (he asks) to deny me of images of my children? He says he wants to live in reality, not in nostalgia; but his wife is frightened he will retreat into a world where she cannot follow him. Hull learns to live with and accept his blindness as a gift from God and to ask: not why have I got it but what can I do with it?

ONE MILLION YEARS BC (StudioCanal). Did you know that cavemen and dinosaurs lived side by side all those years ago? Don Chaffey 1966 film is a lot of nonsense and it made Hammer films a lot of money, The jagged lava rock landscape, filmed in the Canary Islands, looks great. The special effects are good; and especially Ray Harryhausen’s stop motion photography for the prehistoric monsters.

John Richardson as a handsome caveman has the leading role. There is not much for him to do except clamber over the scenery and kill a dionosaur or two and go swimming with some scantily clothed pretty cave girls, who all look as if they are on a gap year holiday. No acting is required. The dialogue is grunts.  Raquel Welch in her fur bikini (an iconic image) gets carried away by a pteranodon and she gets top billing, too.

You can buy your copy of any of these by clicking on the links below: