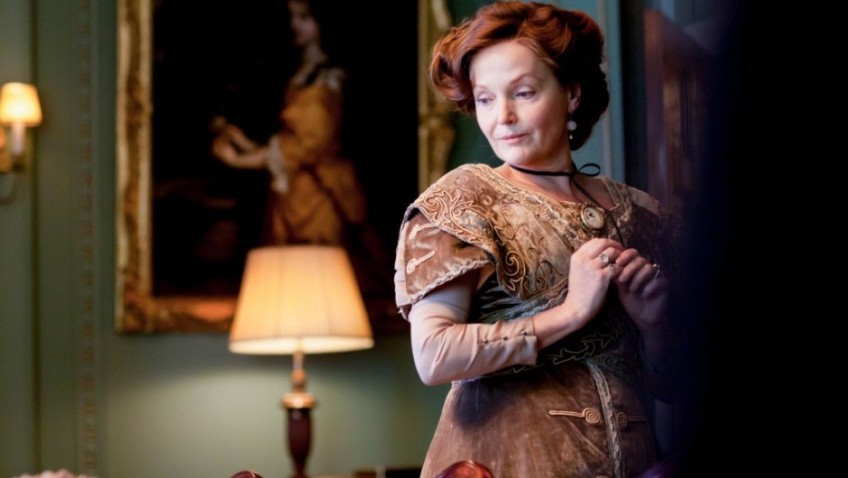 AN INSPECTOR CALLS (BBC). “We don’t live alone. We are members of one body. We are responsible for each other.”

Helen Edmundson’s television adaptation of J B Priestley’s classic 20th century morality play, set in 1912, makes the same error that the Alastair Sim film did in 1954 and personifies the dead girl and thus robs the play of one its key features, namely that the photograph of the girl the inspector showed to each member of the family, who were indirectly responsible for her death, may not have been the same girl each time.

Ken Stott is particularly good as the father who sacked the girl from his mill and started the cycle of events which drove her to an early death. David Thewlis as the inspector with a socialist tract to deliver is so understated he hardly registers.

THE WATCHMAKER’S APPRENTICE (Bulldog). Making a watch is an art form. The watchmaker is George Daniels, one of the world’s greatest watchmakers. The apprentice is Roger W Smith, the only man Daniels trusted with his knowledge and legacy.

This fascinating and affectionate documentary, which deserves a wide audience, is a tribute to both men’s obsession with perfection and their ambition, passion and tenacity. The film records the two men, who are so very different in character, and their working relationship, based on mutual respect. Their workplace is in the Isle of Man. Daniels died in 2011 aged 85.

THE NEW GIRLFRIEND (Metrodome). French director Francois Ozon’s film is based on an English short story by Ruth Rendell. So you, very naturally, wait for the murder; but it’s actually a psychological thrlller and it is about sexual identity: heterosexual, lesbian, transvestite.

Romain Duris is David, a cross-dresser, recently widowed with a baby to bring up. His late wife’s best friend (Anais Demoustier) falls in love with him but only when he is dressed as a woman and she is calling him Virginia.

Duris is equally sexy in both roles. If this were a gay Almadovar farce, her husband (Raphael Personnaz) would fall in love David. But Ozon is being totally serious. The whole point is that David is not gay.

JOHN WICK (Lionsgate). You don’t mess about with John Wick, retired and recently widowed. If you beat him up, steal his car and kill his cute little dog, you are in real trouble. He is going to sort you out. I lost count very early on how many people were killed. The script is just non-stop, relentless killing from start to finish. Director Chad Stahelski revels in the absurdity.

The body count is so ludicrously high it could be a John Woo movie (but without the stylish slow motion). It’s an action thriller without a sense of humour. Keanu Reeves is 51, deadpan serious and in good shape. Michael Nquist is a Russian gangster. Alfie Allen is his son, a mini-thuggish squirt. Best of all is Lance Reddick’s cameo as a hotel manager, a classy act.

TRACERS (Entertainment One). Taylor Lautner is a bike messenger who owes a lot of money to a Chinese gang and he can’t pay it back. I had hoped it might be an action thriller as good as Premium Rush. It isn’t. Director Daniel Benmayor uses New York as a playground for some dangerous free-running stunts.

Lautner and the stuntmen vault, roll, leap from rooftop to rooftop, climb walls and run along the tops of cars with amazing death-defying agility and speed. The film is at its best when it forgets about the story and the acting and just concentrates on keeping things physically moving at a fast pace.
To buy any of these DVDs click on the links below: