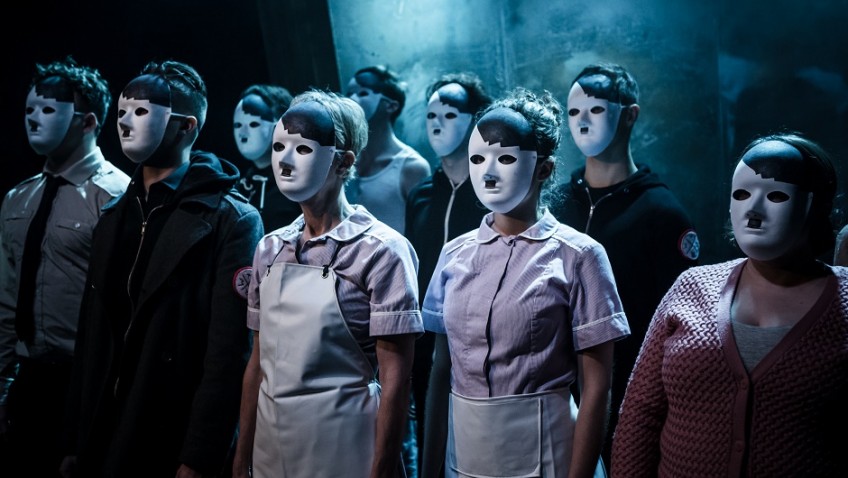 The Private Life of the Master Race by Bertolt Brecht

Bertolt Brecht’s Fear and Misery in the Third Reich is a montage of short scenes describing everyday life for German citizens in Nazi Germany in the 1930s.

Short though the scenes are most of them go on too long. Brecht is always repetitive and Phil Willmott’s production would benefit from some judicious cutting. The inclusion of some Nazi songs would have been welcome, too.

Four scenes stand out. Firstly, a mother and father panic when they think their teenage son, who is a member of the Hitler Youth, has overheard their criticisms of the regime and will report them and they will be arrested.

Secondly, a venomous member of the SS gives a demonstration as to how he traps and betrays people.

Thirdly, a Jewish wife decides to leave her non-Jewish doctor husband so that he will not lose his career. She says she is going to Amsterdam for two or three weeks but they both know (and to his barely disguised relief) that they will never see each other again.

Fourthly, and best of all, is the sketch about the judge who is about to try a complex criminal case in which a Jew, Stormtroopers and the Gestapo are all involved. He knows that whatever judgment he makes will be wrong and that he will be made the scapegoat.

Fear and Misery in the Third Reich premiered in Paris in 1938. Three years later Brecht wrote his famous anti-Nazi propaganda epic, The Resistible Rise of Arturo Ui, a comic caricature portraying Hitler and his Party as Al Capone and Chicago gagsters.