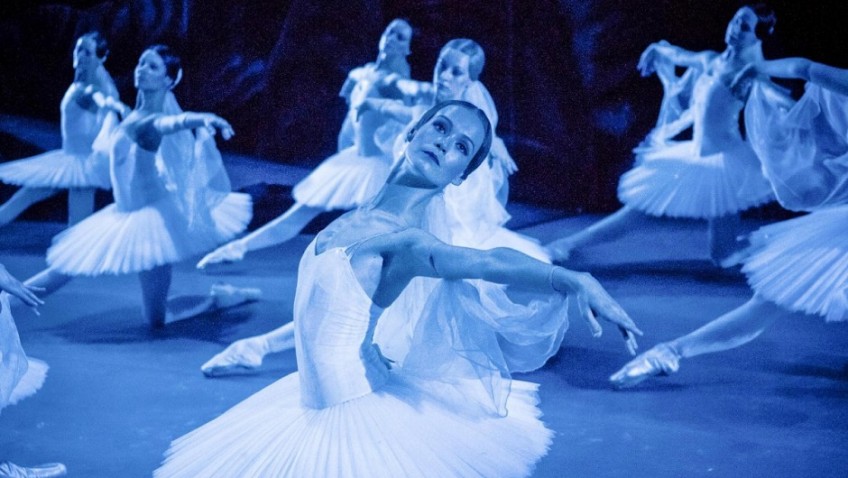 An interesting, if not altogether enlightening, glimpse inside a Bolshoi Ballet scandal.

British dance audiences associate Moscow’s famous Bolshoi Ballet with the discipline and control that contribute to its image of perfection. So it is not surprising that the messy and dark story about a revenge-motivated acid attack on its Artistic Director made the headlines here.

The scandal, which drew comparisons with the 2010 psychological thriller Black Swan, does sound more like the plot of a ballet than a documentary about a ballet company. But that’s before Director Nick Read offers us an unprecedented, if not particularly enlightening, glimpse inside the Bolshoi as the company and the government scramble to deal with the aftermath.

On January 17, 2013 the Bolshoi’s handsome, charismatic Artistic Director Sergei Felin, a former principal soloist at the Bolshoi and former artistic director of the Stanislavski and Nemirovich Danchenko Music Theatre in Moscow, had acid thrown in his face outside his home.  He suffered third degree burns to his face, neck and hands and risked losing his sight.  Months of operations in Germany restored the sight of one eye and, with some hope for the second, Felin returned to work, greeted with quiet applause.

We hear that Pavel Dmitrichhenko, a soloist with ambitions of becoming Artistic Director, hired two men to ‘rough up’ Felin, but never mentioned acid. The Police suspected that Pavel was angry that his girlfriend, the dancer Angelina Vorontsova, was overlooked by Felin for a major role.

Read does not dwell on the incident itself, but rather focuses on the company coming to terms with the traumatic episode (150 members of 250 dancers signed a petition to Putin against Pavel Dmitrichhenko’s conviction).  Two ballerinas are used to symbolise the upheaval in their already insecure careers as they complain about lack of work and being replaced by less able dancers. The Government steps in to sack General Manager Anatoly Iksanov and replace him with Vladimir Urin, deemed a safe pair of hands.  Referring to the role of the State in the Bolshoi, Urin tells us that he makes about 40% of the decisions.  The rest are made for him.

The Government must have known, as Urin admits, that he and Felin parted company on bad terms when they both worked at the Stanislavski Theatre in their same positions. Now they are meant to work together again, but the strain is evident.  Was this a way for the Powers That Be to show sympathy for Felin while orchestrating his departure?  Felin was suspected of using the casting couch to assign roles, an accusation he denies.  ‘I sleep with my wife,’ he tells us.  ‘And she is still in the corps de ballet.’

At a meeting with the dancers, Urwin announces that the casting process will be more transparent, and anyone will be able to put themselves forward for a role. Read scores a coup when his camera captures a stand-off between Felin, alarmed at what this means for his artistic freedom, and Urin who orders Felin to be silent.

Being offered access to a closed, secretive company inside a repressive regime might seem like a coup, but its disadvantages are equally obvious. No one is spilling out their true feelings and the only real narrative Read could come up with is an inconsequential one.  A ballerina who is a single mother, and just past her prime, is worried about being passed up for touring and getting less work.  But then suddenly she gets a lot of work and complains about that.  This, segment, while shedding little light on the Felin episode, is, at least, clear.  Elsewhere Read brings in off-camera narration and, unless you are an expert at voice recognition, you might not know who is talking.

You might suspect that Read’s thesis is that the Bolshoi, an organisation of 3,000 employees, of whom 250 are dancers, is a microcosm of the State, with its backstabbing, corruption, repression, non-transparent promotions and quashed scandals. But when the police come to the Bolshoi to investigate, the dancers are horrified at the intrusion into their sacred space: their theatre; their stage.  The film makes it clear that these dancers are not political animals and have little interaction with the outside word. Their world is the Bolshoi stage and their life is all about performing on it as much as they can. Seen in this light, the Dmitrichhenko/Felin tragedy seems less surprising.