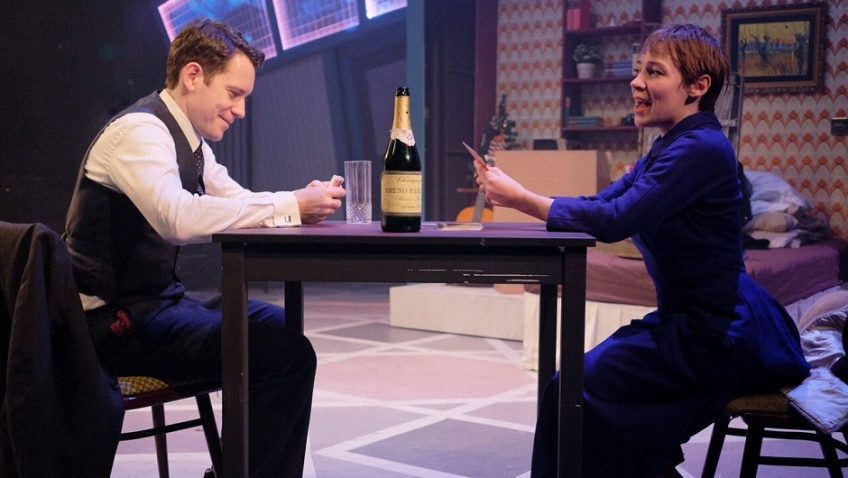 How to succeed in business if you have an apartment Written by Wilder and I A L Diamond, it is a serious adult comedy: a witty-sour satire on sexual mores and corporate ethics.

Chuck Dexter, a shy young man, ambitious to succeed in business and seeking promotion, ingratiates himself with his immediate superiors by hiring out his apartment to them for their adultery

Adultery and pimping, plus attempted suicide, might do very nicely for a musical by Bertolt Brecht and Kurt Weill but it certainly wasn’t the norm for audiences who enjoyed Broadway musicals.

Promises Promises was a big success in New York and London.

You can’t go far wrong with Bacharach and Moore and Bennett gave the sad, bitter, cynicism plenty of drive and energy. I enjoyed it hugely.

Southwark Playhouse has always been a good place to catch up with musicals you may have missed.

Gabriel Vick has the Jack Lemmon role. Lemmon is a hard act to follow. C C Dexter was one of his most memorable performances.

Vick, who has to engage directly with the audience for a lot of the time, is always very engaging. He sings well and he has a nice light self-deprecating touch.

Daisy Maywood gets to sing the hit-songs, “A House is Not a Home” and “I’ll Never Fall in Love Again.”

Maywood plays the waitress Chuck loves. Neil Simon gets a lot of comic mileage out of what Chuck would like her to be saying to him and what she actually says.

Alex Young as a woman who picks up Chuck in a bar and John Guerrasio as a doctor give good comic value.