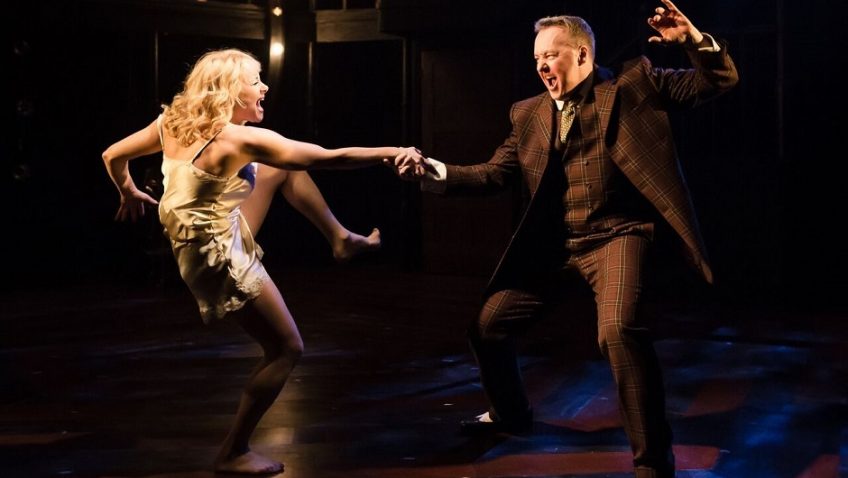 Robert Tanitch reviews The Wild Party at The Other Palace, London SW1

The Other Palace, until recently called St James Theatre, has been taken over by Andrew Lloyd Webber so that writers and producers can try out and refine their work, and offering audiences an opportunity to see musicals in development. The inaugural production is The Wild Party, a musical by Michael John LaChiusa and George C Wolfe. The show is based on a narrative poem written by Joseph Mancure March in the 1920s and banned in several cities in the USA on publication in 1928.

Written in syncopated rhyming couplets it tells the story of two lovers in vaudeville, a female singer and a male clown. March’s portrait of a hedonistic, decadent Manhattan society – sex, drugs, a bath of gin, death and jazz – shocked many, triggering memories of the 1921 Fatty Arbuckle scandal.

“It is repulsive and fascinating,” said one critic of the poem, “vicious and vivacious, uncompromising and unashamed… and unremittingly powerful. It is an amazing tour de force.”

The staccato poem had its admirers, notably William Burroughs.

Some love fire, some love rust

But the fiercest, cleanest love is lust.

The weakness of the musical is that it truly is a wild party – and so wild that it difficult to know what is happening and to care for any of the characters.

The strength of the musical is Drew McOnie’s amazing and inventive production and choreography and the sheer energy and drive the cast bring to it. It’s a raucous, relentless, abrasive, exhausting evening.

Frances Ruffelle and John Owen-Jones are cast as the lovers. There are two scene-stealing performances by Gloria Obianzo and Genesis Lynca who play two gay brothers, twins.

The cast is miked and their voices are distorted. I had great difficulty hearing the words of the lyrics.

The show, which lasts 2 hours 20 minutes with interval, should be cut to 90 minutes and have no interval. The second act is more of the same.

March’s poem has inspired a second musical. Andrew Lippa’s version was in the same 2000 Broadway season as March’s version and to the box-office detriment of both.

I came out of The Other Palace wondering what Lippa’s musical was like and whether it was better than March’s.