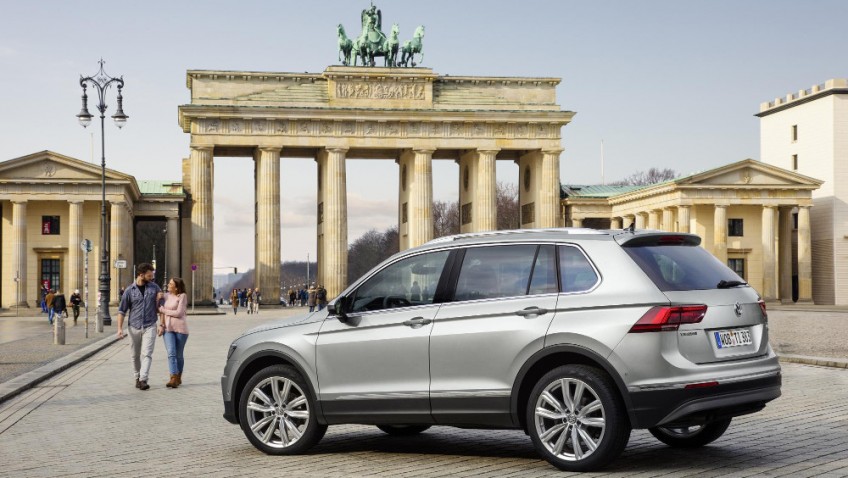 It’s possibly not the first name that would come to mind when trying to christen a new car, but it’s the one that Volkswagen chose when the car was first launched back in 2008. The origin of the name is actually a cross between ‘tiger’ and ‘leguan’, which are the German words for tiger and iguana; in itself that’s an imaginative pairing.

It’s worth saying that in the UK the Tiguan has done amazingly well. The last five years have seen strong sales increases year after year, from 8000 in 2011 to almost 22,000 last year. It’s now the brand’s third best-seller in the UK after the Golf and Polo. If despite all that you’re not familiar with the car, the Tiguan was Volkswagen’s entry into the Sport Utility Vehicle market, which recently has been a major success for motor manufacturers in just about every country. What you get is a tallish car designed principally for on-road use, though with the ability to go off-road when needed. Volkswagen, like most of its competitors in this market, offers a choice of two- or four-wheel drive, and I was able to sample on road and off what they assure me will be the most popular model.

Before I describe that popular model, you’ll think it strange if I don’t mention the Volkswagen debacle of last year, in which they admitted to falsifying the readings for some of their cars in emissions tests. As far as resultant sales are concerned, there was an initial downturn as expected, but it hasn’t been that violent, though of course there are massive fines that must be paid, so the economic position is a good deal less rosy. As far as this year’s figures are concerned, Volkswagen’s UK sales to May are down 6% in a market that’s up 4% on last year. On a practical note, the company is contacting all owners of engines affected by this business, and arranging for remedial work to be carried out that will restore the measurements to a genuine level. Some cars will require hardware modifications as well as software changes. 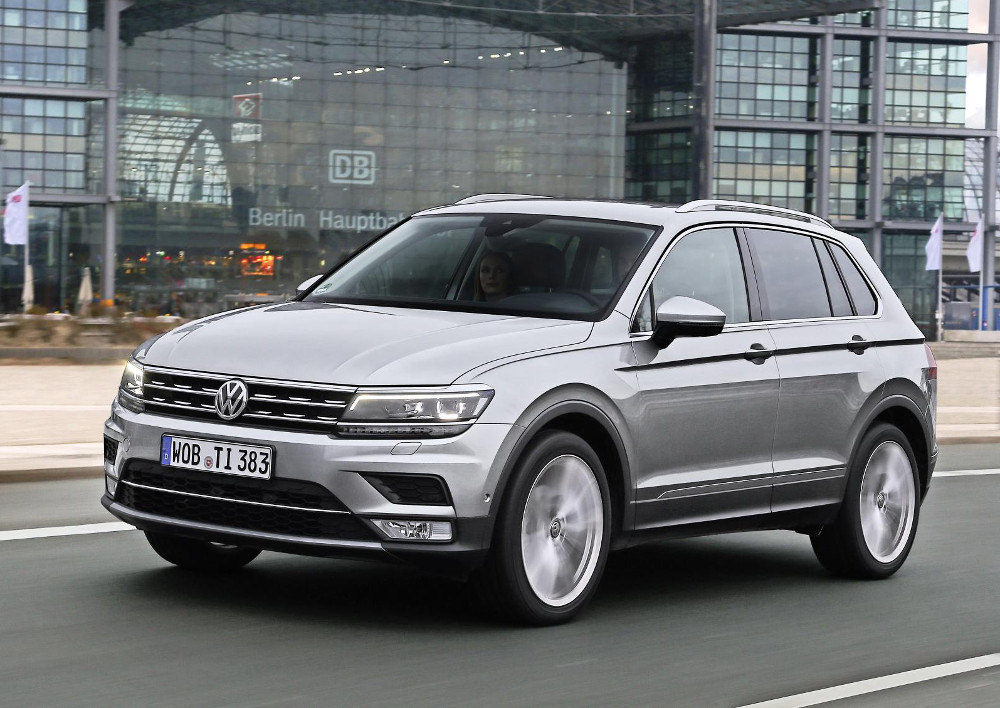 Needless to say, the latest Tiguans will be as clean as the virgin snow on which they’re designed to motor safely. The most popular model is expected to be, yes, a diesel, specifically a 2-litre with power output of 150PS (so there’s ample under the bonnet for easy progress) and spec level called SE Navigation. Price differential between the 2WD and 4WD (called ‘4Motion’) models with the same 6-speed manual gearbox is £1,710, which makes the 4WD version a fairly costly £29,745. However, the range of Tiguan pricing runs from a base £22,510 right up to £36,375.

My off-road experience demonstrated that the car’s abilities in the slippery stuff are ample for anything that a reasonable owner would think of contemplating. The terrain we negotiated was at times super-steep, but always heavily rutted and muddy in the extreme. The car has a wealth of electronic gadgetry to make such journeys not only possible, but enjoyable, and of these the hill descent was the most useful, and brilliantly effective. Switch it on, and the car slows its descent of something like a 1 in 2 hill to a gentle meander, all without need of touching the brake pedal. It’s not unique to Volkswagen of course, but the Tiguan’s handling of it was as good as it gets. 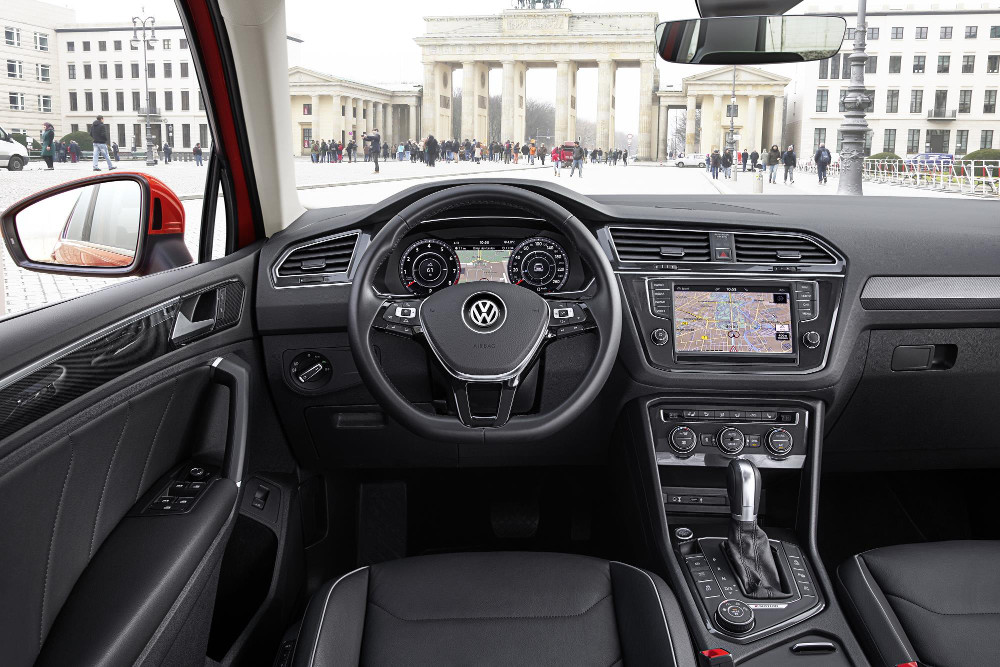 Interestingly, all the available engines are of 2-litre capacity apart from the petrol unit – a 1.4 – which comes in two power levels: 125 and 150PS. The driving experience of any of the models is an easy one, thanks to well weighted controls and a good view for the driver in all directions, helped by useful small windows at the rear sides. Seats are fairly comfortable, though there’s not a great deal of lateral support, which could prove problematic for passengers travelling with an enthusiastic driver. The standard suspension is quite firm, so you do notice the small bumps and potholes with which the UK’s roads are well supplied. However, it’s a feeling that can be made to disappear by opting for Dynamic Chassis Control – a £790 option that gives the choice of Sport, Normal or Comfort settings. Normally the effect of these electronically controlled systems is so small that buyers probably wonder why they bothered, but here in the Tiguan it’s a genuinely noticeable change: Sport is firm, and Comfort is soft. Job done.