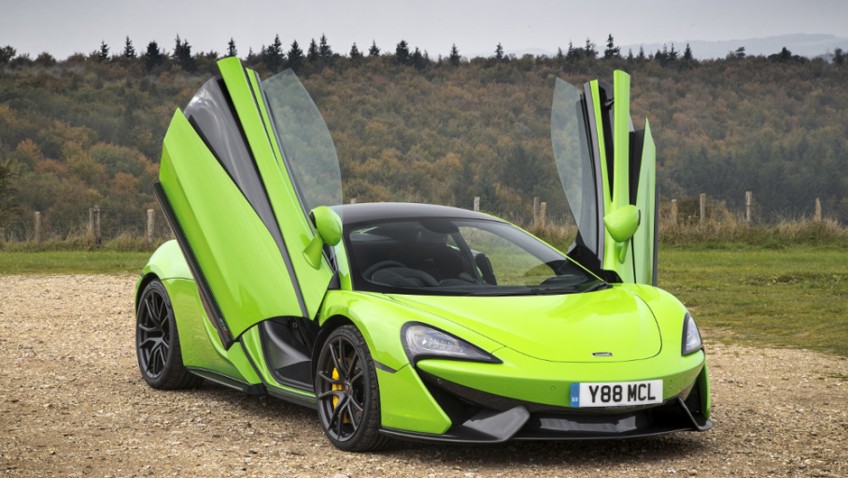 Every so often I’m asked whether I ever get to drive something unusual, something, dare I say, exciting. The long list of mid-sized hatchbacks is all very well, but how about the so-called ‘supercars’. Mature Times readers might balk at the number of digits in the price tag, but you might still enjoy reading about it. And why are wealthy individuals prepared to spend those huge sums on a car which on crowded British roads is unlikely to get you where you’re going any sooner than a Reliant Robin? A few weeks ago I was able to find out.

McLaren is a name that will be familiar to all followers of Formula 1 racing. They may not have had the best of it in the last few years, but in many championships before that theirs was frequently the car driven by the man standing on the top step of the podium. These days they are more than that however, for in the last five years they have been producing a range of high performance sports road cars that whilst not exactly based on the Formula One machinery, nevertheless in their design and handling bring to mind the verve and excitement of the racing cars.

The 570S, like the other road cars, carries the engine power in its title. Now you may not feel the need of 570PS (what in former days we would have known as 562bhp), but in the event that you needed enough power to extricate yourself from a problem, whether of your own or someone else’s making, then here you certainly have it. I know that most readers will be uninterested in statistics relating to that power output, but in case there is one of you out there, this car starting from rest can travel a quarter-mile in less than 11 seconds. To test this and other facts many owners take their car to a track day at one of our racing circuits, not that even there will they be able to test the car’s maximum speed of over 200mph. The thing is, a car like this, driven carefully (by which I do not mean slowly), can be a model of safety. Its ability to hang onto the road surface, whatever the conditions, is second to none. Brakes are better than virtually any other road car; in the extreme it takes just 33 metres to come to a halt from 62mph. The view to front and sides is every bit as good as your average hatchback, and rearward vision is…..er…..not, but the rear camera will help here. Colour choice is always an important safety feature, and our test car was finished in a green that shouts at you from a couple of miles away. Nobody would be able to say they didn’t see this.

It is therefore a very safe car, but one that if required will travel faster than virtually all the others. I have to say that driving the 570S was for me a memorable and hugely enjoyable experience, following which I could easily appreciate just why those with the required thickness of wallet would be happy to spend large portions of it on a car like this.

Measured against likely competitors – the Porsche 911 Turbo S and the Audi R8 Plus for instance – it’s around the same price, which might come as a surprise. In practical terms this is a 3.8-litre mid-engined two-seater, with a boot that genuinely will take enough luggage (in the front ‘boot’) for a weekend trip, and which boasts an official fuel consumption of 26.6mpg. Admittedly that’s not in the same league as a Toyota Aygo, but it’s well ahead of a petrol-engined Range Rover, and look how many of them there are on our roads.

Buyers of this McLaren may well not think first of the safety features or boot space of their purchase, but they’ll be pleased that they’re there when they eventually do think about them. In the meantime they can just enjoy driving and looking at it.