Home / LIFESTYLE / REVIEWS > / THEATRE REVIEWS / People in small towns really don’t know each other any better than they do in big towns. 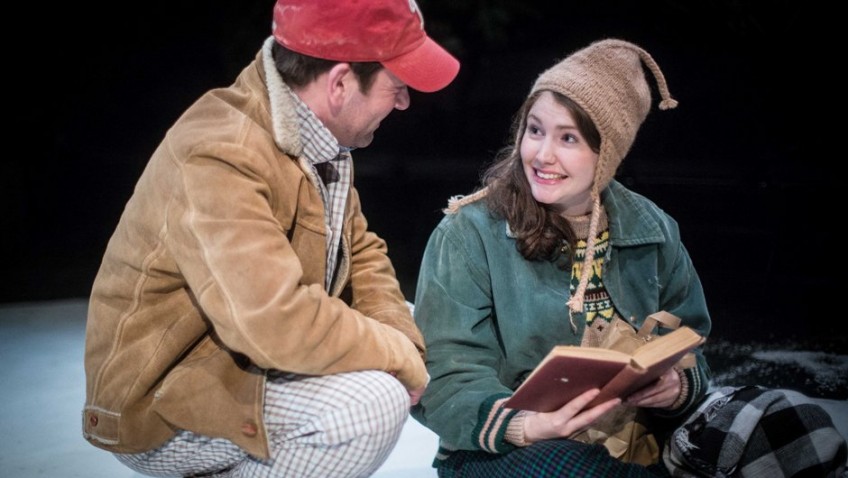 People in small towns really don’t know each other any better than they do in big towns.

John Cariani’s playlets are a series of tiny romances and they take place in a small town called Almost, which doesn’t exist. Imagine Thornton Wilder’s Our Town plus magic realism.

Cariani is acutely aware that his script is inherently sweet and warns actors, and especially amateur actors, not to be cute.

Almost, Maine is extremely popular with American High Schools and you can see why. There are roles for eighteen students. Each little scene is a two-hander and lasts about ten minutes.

Simon Evans’s production is acted by an ensemble of six actors in 90 minutes straight through without interval. I felt I was watching some polished-up improvisations:

A woman hands back all the love she has received from her lover in a number of large paper bags. Another woman carries her broken heart in a paper bag and finds a guy willing to repair it.

An autistic man has never felt pain until a woman kisses him. Two lumberjacks, in denial they are gay, literally fall in love. It’s Brokeback Mountain played for laughs.

A woman wants to see the Northern Lights so she can observe her late-husband fly to heaven on a shooting star. The least quirky encounter is a young guy discovering his ex-girlfriend has decided to marry somebody else.

Almost, Maine would be better if the individual stories interlocked more.