Home / LIFESTYLE / REVIEWS > / THEATRE REVIEWS / “Money is the root of all evil and we all would like to have that tree growing in our garden.” 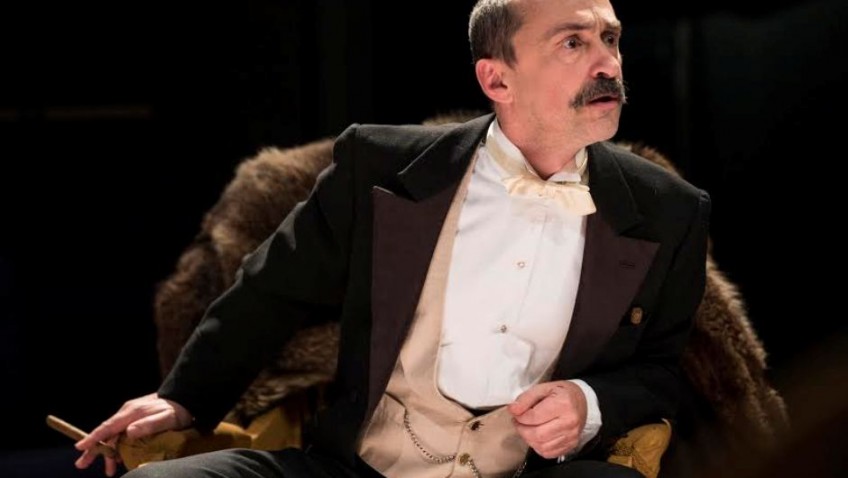 “Money is the root of all evil and we all would like to have that tree growing in our garden.”

Bernard Shaw in his first play, which premiered in 1892 and provoked an uproar in the press, lulls the audience into thinking they are going to watch a typical light romantic comedy of the period. The first act, however, proves a curtain-raiser to a powerful indictment of the corruption and the hypocrisy of the ruling classes.

Widowers’ Houses has not had a major revival in London for some time now and Paul Miller’s revival is most welcome.

All money is tainted. The first act poses the problem of where Sartorius’s money comes from. The second act provides the answer. His money is in slum property. He is, in fact, the worst slum landlord in London:

“These poor people do not know how to live in proper dwellings: they would wreck them in a week,” he argues. “When people are poor, you cannot help them, no matter how much you may sympathize with them. It does them more harm in the long run.”

Sartorius (Patrick Drury) decides to improve his slum property; but only because he has inside information that the Council is going to build a road and he sees an easy way to make a quick fortune from the compensation.

“Middle-class respectability fattening on the poverty of the slime as flies fatten on filth,” said Shaw, “is not a pleasant theme.” Yet, whilst forcing the spectator to face unpleasant facts about capitalism, he always made certain they were entertained at the same time.

Lickcheese, the rent collector, a pathetic Dickensian figure, shabby, needy, apprehensive and servile, is transformed on his second appearance into a Shavian rogue, smug, rich and provocative in full evening dress, fur-coat and spats. It’s a great role and Simon Gregor seizes its opportunities with unabashed relish.