Home / LIFESTYLE / REVIEWS > / THEATRE REVIEWS / “I did not pursue women,” said Bernard Shaw, “I was pursued by them.” 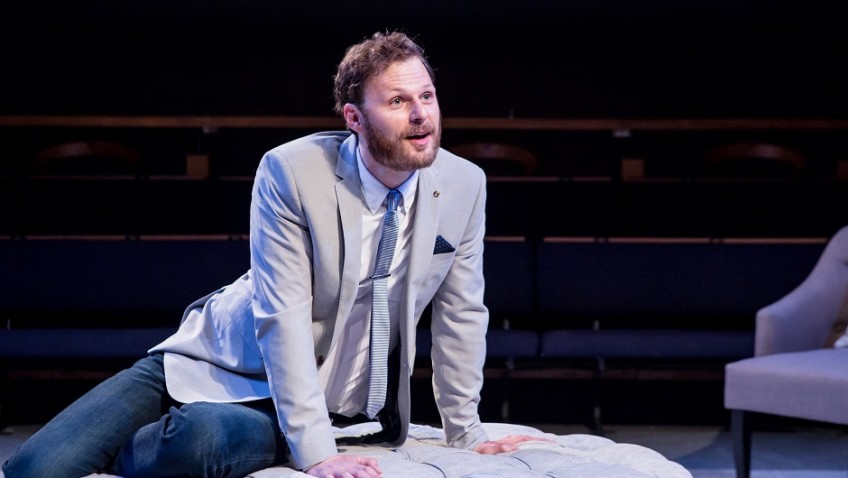 “I did not pursue women,” said Bernard Shaw, “I was pursued by them.” THE PHILANDERER Photo Credit: The Other Richard
info@theotherrichard.com

One of the things the Orange Tree has always done extremely well in the past is to revive neglected plays by famous British playwrights.

It is good that Paul Miller, the present artistic director, is keeping up the tradition with a rare revival of one Bernard Shaw’s earliest plays and giving us the four act version, which Shaw was persuaded to cut at the very first production

The Philanderer, a cynical, heartless, semi-autobiographical piece, was written in 1893 but not staged until 1907 when its once topical satire on Ibsen and the New Woman was no longer topical.

Shaw said marriage was a “grotesque sexual compact between men and women… that worst of blundering abominations, an institution which society has outgrown and not modified.”

The first half of the first act was founded on something that had actually occurred on the 4th February 1893. Jenny Patterson, Shaw’s discarded mistress, burst in on him and the actress Florence Farr, whilst they were enjoying “the hurly-burly of the chaise longue.” Patterson, fifteen years his senior, had seduced him on his 29th birthday, eight years earlier.

“I did not pursue women,” said Shaw. I was pursued by them… I found sex hopeless as a basis for permanent relation and never dream of marriage in connection with it.”

The philanderer is Leonard Charteris (Rupert Young), who finds the fickleness of the women he loves only equalled by the infernal constancy of the women who love him.

He argues his case for philandering and escapes the clutches of Julia Craven (Dorothea Myer-Bennett), a habitual and intolerable jealous termagant, by expediently marrying her off to a friend, Dr Paramore (Christoper Staines).

Charteris is a portrait of Shaw and the first draft for John Tanner inMan and Superman; but played by Rupert Young with charm and in a much lower and less blazing key.

There are also some amusing jokes at the expense of the medical profession. His funniest scene, as funny as anything in The Doctor’s Dilemma, is when Paramore learns that the disease he has discovered does not exist and his patient isn’t going to die. He lashes out at his European professional rivals, who have an unlimited supply of animals on which to experiment.

His patient (Michael Lumsden) is livid that he has been wasting his time reading books, going to church and reconciling himself with people he loathes when he could have been out and about eating and drinking.

For those who complain that Shaw is too wordy, Shaw has this to say: “It is quite true that my plays are all talk, just as Raphael’s pictures are all paint. Michelangelo’s statues are all marble. Beethoven’s symphonies are all noise.”

The Philanderer is very enjoyable. My main regret is that Miller hasn’t kept the original Victorian setting.  What Shaw has to say on sex, marriage and indeed divorce, is much more daring when it is set in 1893 than when it is set in the 21st century.