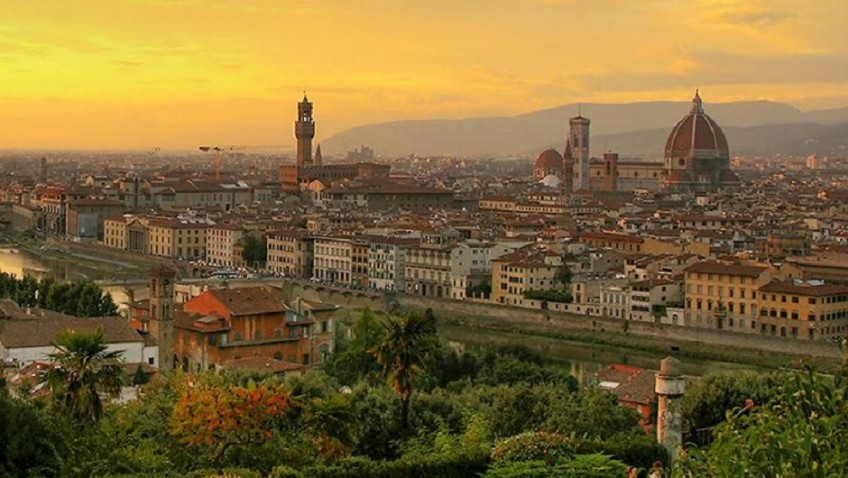 Where travel to Italy is concerned there are a lot of specific destinations that tend to capture people’s imaginations. Rome is arguably the most historically fascinating city in the world, and Venice is one of the most beautiful. The Amalfi Coast is a renowned scenic getaway, and Milan is a hub of high fashion and culture. Florence is often mentioned as well, but as famous as the city is among travellers it’s sometimes overlooked in favour of other hot Italian destinations.

The reality is that the best way to visit Italy is to do so in a way that gives you time to check out several of these destinations, and get a real feel for what the country has to offer. But in this post I’m going to focus on giving Florence its due. Here are five of the best reasons to visit this wonderful city.

Often referred to as the “birthplace of the Renaissance,” Florence is perhaps the only city in Italy (if not all of Europe) that can match Rome for artistic intrigue. In the 15th century, the thriving city gave way to the rise of the Medici family, a line of bankers who basically unofficially ruled Florence. Lorenzo Medici in particular had a lot to do with the rise of the arts in the city, and supported the likes of Michelangelo, Botticelli, and Leonardo da Vinci. Largely as a result of this period of history, in the mid-1400s, Florence remains packed with incredible works of art. In fact there’s so much to see that Select Study Abroad, a resource for students and others travelling abroad in Florence, compiled a list of 20 must-see artworks, instead of a more typical list of five or 10. From Michelangelo’s David to Brunelleschi’s dome of the famous Duomo di Firenze cathedral, the list is breathtaking.

Most travellers around the world would agree that Italy is near the top of the list of destinations for foodies. Italian food has become popular just about everywhere, but as tends to be the case with national cuisines, it’s best if you actually get it in it’s home country. And Florence tends to stand out even within Italy as a spectacular place to find good local meals. Known for some of the heavier and heartier versions of Italian cuisine, this city has a number of specialties. But rather than going into specific recipes or food items, suffice it to say all you’ll want to do once you’ve left is find the closest thing to authentic Florentine cuisine again!

Perhaps it goes without saying that Italy’s major cities are hotspots for travellers seeking romantic getaways. But Florence stands out even among these cities. Popular online lottery platform Lottoland, known in particular for its Irish lottery games, recently wrote up a list of the 10 most romantic destinations in the world. This was one of many articles they’ve produced catering to the dreams and desires of the aspiring rich and famous who play the lotteries, and it featured several Italian travel destinations. In fact, both Venice and Rome made the list, but Florence is mentioned right alongside them, with the article citing the architecture, history, art, and cuisine as reasons why it’s the perfect place for a romantic getaway. Indeed, this is one of the world’s rare cities that can make you fall in love with that special someone all over again.

It’s best understood if you simply look through photos of the city, but Florence just doesn’t look like the other major cities and destinations in Italy. The same can be said of parts of Venice, given that the canals that weave through the city give it an incredibly unique image. But even the architecture and colour of Florence’s buildings give it a look unto itself. The aforementioned Duomo stands as the most noticeable landmark in Florence, but a sea of red rooftops, a mix of Roman and medieval constructions, open piazzas, and the Arno River all stand out as they combine to give the city its beauty.

Finally, there’s so much to see and do in Italy that it’s always worth looking at what’s near a city, as well as what’s in it. And that’s part of what makes Florence one of the tougher destinations in all of Europe to beat. The Touropia travel website took a look at Florence with this in mind, and wound up outlining eight great day trips that can reasonably be taken while one is staying in the city. From vast wine regions to beautiful coastal spots, and even famous sights like the Tower of Pisa, these day trips combine to form an incredible collection of activities.

Travelling to Italy, you could almost close your eyes and pick a random spot on the country’s map and not worry too much about where you’ll end up. The whole country is absolutely amazing. But for the reasons outlined above, Florence is worthy of just as much consideration as some of the other popular destinations you may be more familiar with.