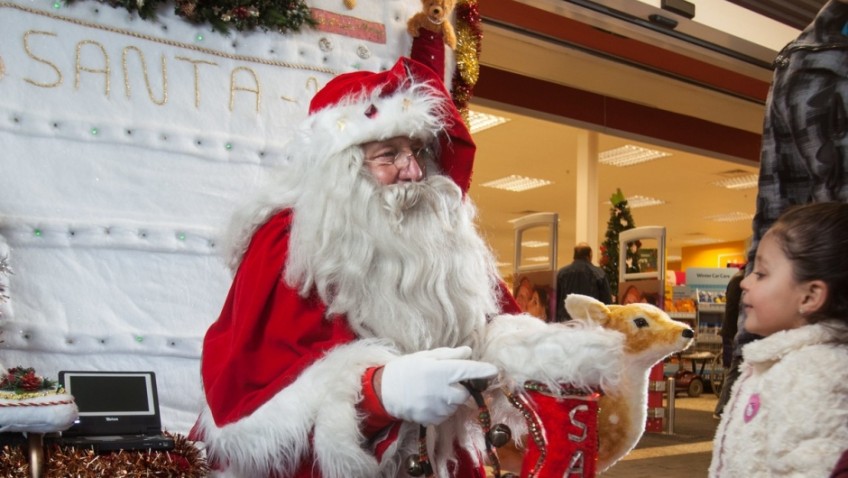 Ray Hulse, 70, has been playing Santa since he was just 18 and has been spreading yuletide cheer to people of all ages for over half a century.

Thousands of gleeful kids have sat on his knee and he has distributed hundreds upon hundreds of gifts to make Christmas dreams come true since 1962.

He says he has always loved Christmas and was determined to spread the festive joy as much as he could ever since.

For the past 24 years, the retired carpet fitter has put on his Santa suit to raise funds for Hope House Children’s Hospices, which support sick children in the UK.

Ray, from Bridgnorth, Shrops., said: ““It is just so magical. I started out in 1962 and still love it today.

“Just to bring joy and happiness to the children is great.

“Next year it will be 25 years I will have raised money for terminally ill children by playing Santa .

“More recently I’ve done it in memory of my son Nicholas who died on New Year’s Day in 2012. I think he would be proud of me now.

“I really admired that lad Stephen Sutton this year. I would like to emulate his work. I just care about people and want to raise money for others while spreading a bit of Christmas cheer.”

The grandfather-of-one created his first grotto at a simple Ford garage – with people coming far and wide to offer Santa their Christmas list.

He said: “I started out there then I did one in a scout hut and it just grew from there.

“At first, I had to borrow a costume. “But it soon took off and became so popular that I had my own costume made.

“The reward I get is to see the expressions on the kids’ faces.

“I try to involve the parents. I’ll ask the kids if they had a real fire, then if they say ‘yes’, I’ll ask whether it was lit by their mummy or their daddy.

“Sometimes I’ll joke with them, and tell them that they were naughty last year because their mummy or daddy left the fire burning and I burned my bum.

“Or I’ll tell them I came down their chimney and got covered in soot.

“A lot of these modern houses don’t have chimney pots, so I tell the children that Santa has a magic key.

The pensioner’s favourite memory from the last five decades is of being dressed up as Santa one Christmas morning in the 1960s.

He said: “I was walking up Ludlow Road with a pony and trap and it was when they had the old milk churns.

“There was a man with the milk churn on the back of a lorry coming down the Ludlow Road, delivering milk.

“He stopped and slapped the side of his face and said ‘Am I really seeing Father Christmas walking up the road with a pony and trap?’ He asked if I was real and I said yes.