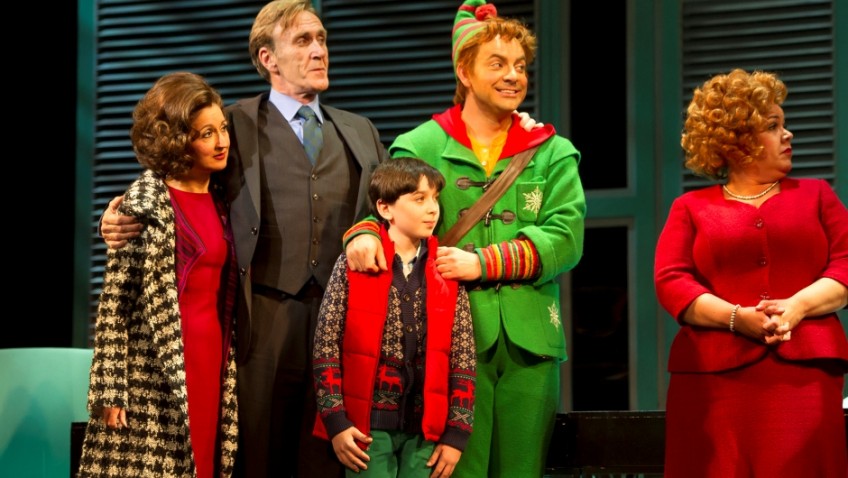 Do you believe in Santa Claus? Would you be willing to take your husband’s newly discovered love-child, a 30-year-old Elf, into your home?

ELF, the musical, is based on the popular 2003 film with Will Ferrell. The book is by Thomas Meehan and Bob Martin.

Buddy, an orphan, has been brought up Father Christmas and thinks he is an elf like everybody else in the North Pole. When he learns he is human he travels to New York to find his biological father, a publisher of children’s books, and falls in love with a girl who works in a department store. Elf has to be judged for what it is: a family show for Christmas; and it’s much better than many had feared. A major problem, however, is the exorbitant price of the tickets. The music is by Matthew Sklar. The lyrics are by Chad Beguelin. There is no hit song; but the show, directed and choreographed by Morgan Young, is always lively. A chorus of Santas has a rousing number, “Nobody Cares About Santa”.

What I like most is Ben Forster’s performance as the oh-so-naive, so good-natured Buddy. Two scenes stand out in particular: a confrontation with a department store Santa (“You liar!”) and an absurd meeting with a girl who is selling hand-bells.

Forster is very charming and very funny. He not only carries the show. He is the show.