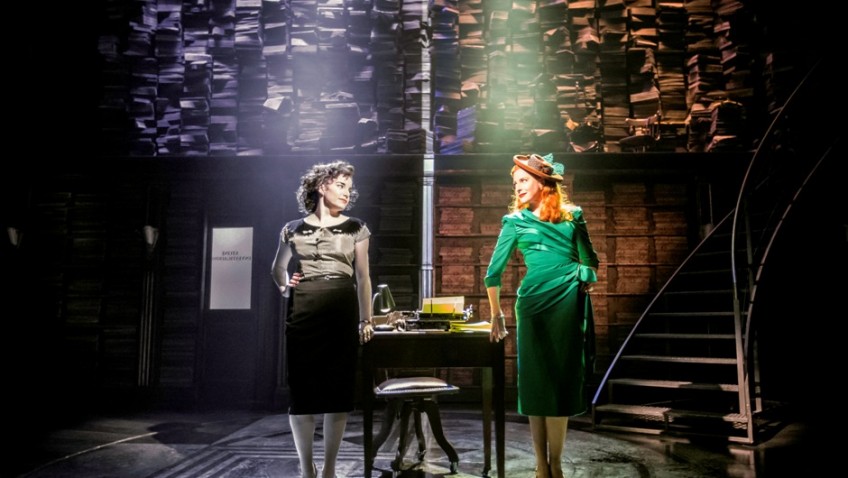 It must be one of the wittiest musicals ever written

This 1989 award-winning Broadway musical is a parody of a Raymond Chandler 1940s film noir and is remarkable for its witty pastiche dialogue by Larry Gelbert. The music is by Cy Colman.

City of Angels always was too sophisticated for mainstream audiences. It’s a cult musical. It very rightly gets rave reviews; but it loses money. Hopefully, not this time.

Two stories run concurrently: the film noir itself and the story of the author having to compromise in Hollywood. There are rewrites and rewinds; the latter are brilliantly staged and voiced by the cast who have (as it were) to go back on themselves.

The film story is in black and white. The writer’s story is in colour. Josie Rourke’s production, cleverly designed by Robert Jones, has real class. The framing of the production is provided by a close harmony quartet

“Everybody’s in a movie,” says the Hollywood producer (Peter Polycarpou). “Sometimes we turn a camera on.” He should know; as he says he’s been through de Mille.

The mogul is a parody of Samuel Goldwyn and his Goldwynisms: “It is an unwritten law,” he screams, “and it is written in letters 23 feet high.”

There is a splendid duet to end the first act with the gumshoe (Tom Mutu) and his creator (Hadley Fraser) singing, “You’re nothing without me” – and the author having the last word. The lyrics are by David Zippel. The song is reprised which is great.

The gumshoe is modelled on Humphrey Bogart and the writer is in the tradition of famous novelists who were ruined by Hollywood, such as F Scott Fitzgerald and co

Katherine Kelly is everybody’s idea of a very dangerous femme fatale blonde.  Rosalie Craig doubles as the writer’s wife and the gumshoe’s girl friend, the perfect 1940s heroine in both roles. Rebecca Trehearn sings the show-stopping “You Can Always Count on Me” and stops the show twice.

City of Angels is a must for those who like Raymond Chandler and film noir.