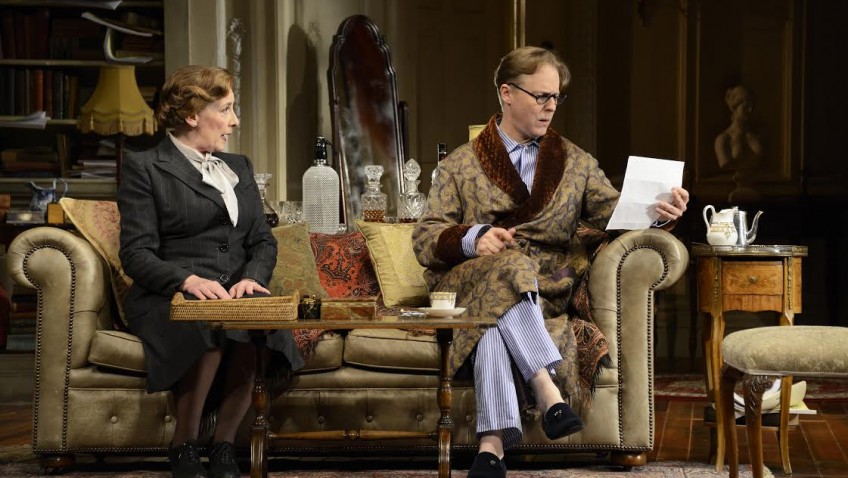 Noël Coward said he wrote the play with the sensible object of providing himself with a bravura part. 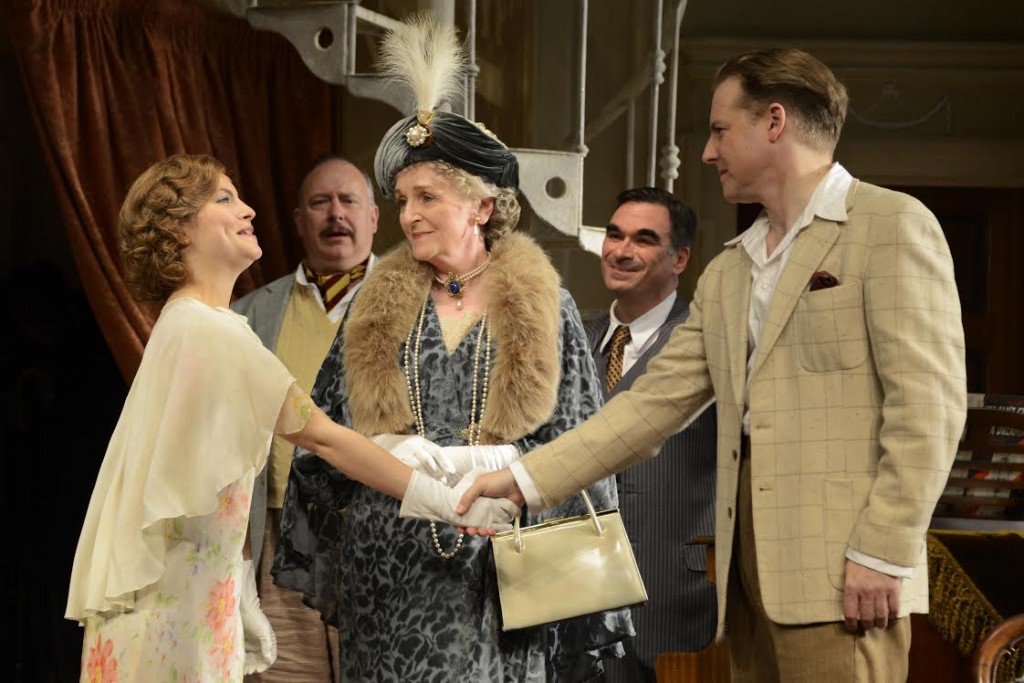 The leading character, Garry Essendine, is a philandering, self-dramatising, overbearing, egomaniacal matinee idol who is advancing with every reluctance into middle age and given to delivering finger-wagging tirades.

Coward brought to the role his fame, his charm and his brittle sophistication. He also acted it in French in Paris with great success.

Cole Lesley, Coward’s secretary, lover and biographer, said that Gary Essendine gave a good, if exaggerated, idea of what Coward was like to live with and his relationship with those around him, including his secretary, valet, manager and business partner.

Stephen Unwin’s touring production drags. The play is inordinately long and should have been cut. One role could go completely and nobody would miss it.

Since Present Laughter does not rank with Coward’s best plays, perhaps it is time to give it a fillip and act the characters for what they really are – camp homosexuals.

Coward, a closet gay, would not approve. He hated Clifton Webb’s waspish portrayal in the American production, precisely because it was too near the knuckle.  The English censor would not have approved either, since homosexuality was illegal in 1939.

Samuel West plays Garry Essendine on his own non-matinee terms and delivers two tirades with aplomb: the first is when he lambasts an arrogant young playwright and the second is when he lets rip at his entourage, blowing his top and betraying every confidence.

West gets valuable support from Zoe Boyle in their scene together. Boyle is cast as a sexy, elegant predator and the scene works so well because she looks absolute right in the black evening-dress and coiffure and because she has the high comedy style necessary for Coward and the 1930s to a tee.