Home / LIFESTYLE / REVIEWS > / FILM REVIEWS / A nightmare of mythical proportion in Sin City 2: A Dame to Kill For 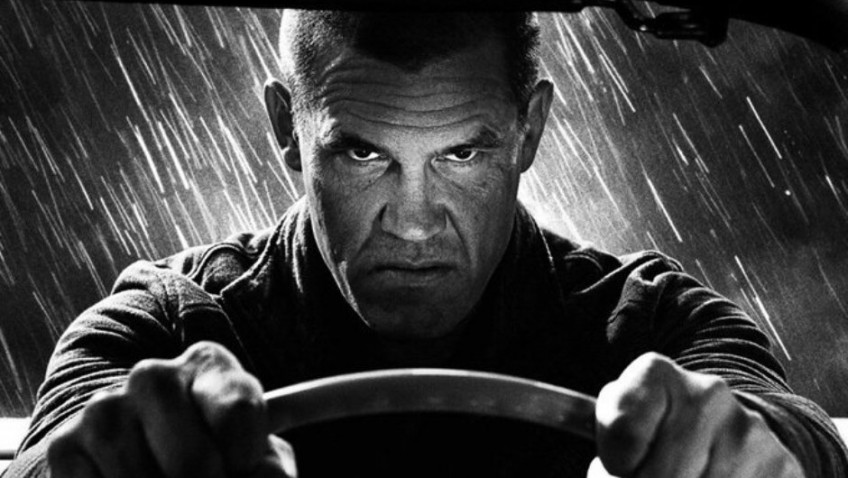 A nightmare of mythical proportion in Sin City 2: A Dame to Kill For

Nearly nine years ago, Frank Miller and Robert Rodriquez translated Miller’s black and white graphic novels into Sin City, a neo-noir film that was, if anything, even more bleak and violent, highly stylized, and oddly engrossing than the novels.  After a very long gap, Miller and Rodriquez have delivered Sin City 2: A Dame to Kill For, which, like their 2005 film, is a compilation of several ‘novels’ as well as a partial prequel to the first film.

The female characters –temptresses, club workers, bar dancers or, in Old Town, Amazon street fighters – are as tough as the men. The villains – the corrupt Senator Roark (Powers Booth) and femme fatale Ava Lord (Eva Green) – are pure evil.  The male heroes are flawed human beings, as weak when it comes to women, drink and gambling, as they are physically strong and ready to help a friend, a dame or an underdog, in need.   All of the characters are morally compromised by their relationship with violence in this kill-or-be-killed city.

Mickey Rourke is back as Marv, the hard-drinking bulldozer with memory and health problems, who has useful friends in his old neighbourhood where, in the opening story, he punishes a gang of thugs who beat and burnt an innocent boy. Marv and Roark, compromised good and thoroughly bad, unite the various stories.

Marv is the giant you rely on when a friend is needed.  Dwight McCarthy (Josh Brolin replacing Clive Owen) is one such friend. He fails to resist the pull of Ava Lord (Eva Green), a man-magnet who is nude for most of her time on screen. He survives his encounter with Ava – just barely – but will he be able to resist her long enough to kill her?

Joseph Gordon-Levitt is the only actor to have a part written for him. He plays Johnny, a cocky gambler who shows up in town without understanding the true nature of the place. When Roark maims his dealing hand, Johnny returns, shuffling the cards with his left hand.  I’m ambidextrous,’ he smiles to an infuriated Roark.  But this is not enough to get out of Sin City free. Johnny has to pay the price for humiliating the Senator.

The technique that made Sin City unique in 2005 is still the big draw of Sin City 2.   Rodriquez used a high definition digital camera to film the actors against a green screen – a technique that allows any kind of background and foregrounds to be inserted after.  This is where hiring good actors pays off since it is difficult to interact with a screen.   The film is transferred from colour to black and white in the lab and then the selective colourization is added.  In Sin City 2, for example, Johnny’s good luck charm, a pretty club attendant named Marcy (Julia Garner) literally dazzles in full colour while all around her is in black and white.

Any Rodriquez film is going to be violent, but Sin City 2: A Dame to Kill For, is so true to its graphic novel origins that the violence is mitigated by its extreme stylisation.  The taut, tough script takes the clichés of film noir (including some Philip Marlowe-type first person narration) and turns it into a nightmarish of mythical proportions.