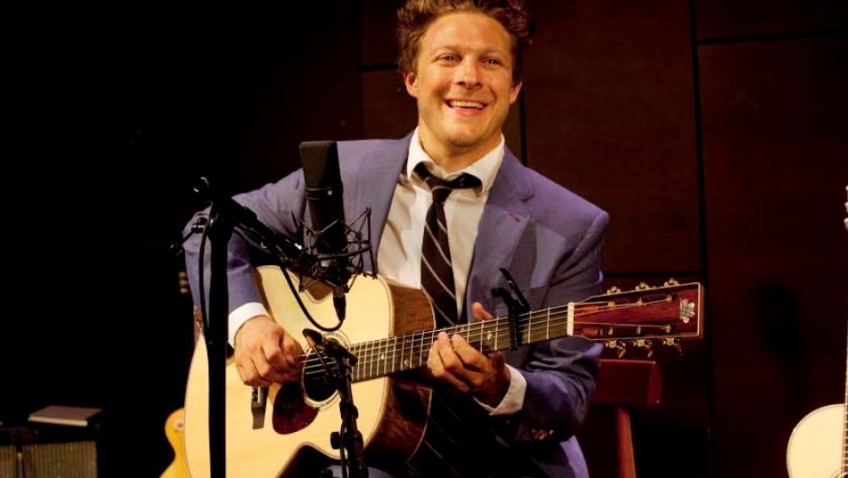 “What makes a lion a lion?” Asks Benjamin Scheuer

THE LION, a bitter sweet autobiographical cabaret solo, engagingly performed by American songwriter, singer and guitarist Benjamin Scheuer is a true and intimate story of love, loss, family loyalty and the redemptive power of music.

Scheuer tells the story of his life in 70 minutes entirely in song. He is an excellent songwriter and an excellent guitarist and he quickly charms his audience; and he moves them too with his singing and playing.

He says his guitar is his greatest source of joy and for that he has to thank his father. He plays six guitars on stage, five of them acoustic.

The songs, conversational, honest, modest and poignant, tell of his difficult relationships with his father, who died when he was very young, and with his mother, who remarried. His girl friend leaves him. He also has a near encounter with death when becomes sick and is diagnosed as having cancer.

He weathers the storm and as a result of all he has been through, he becomes a better son, a better brother and a better man. The final Lion song, (“I tried to find my roar and be alive… I only show my teeth when I’m smiling… I am learning what it means to really roar”) has a tremendous emotional impact.