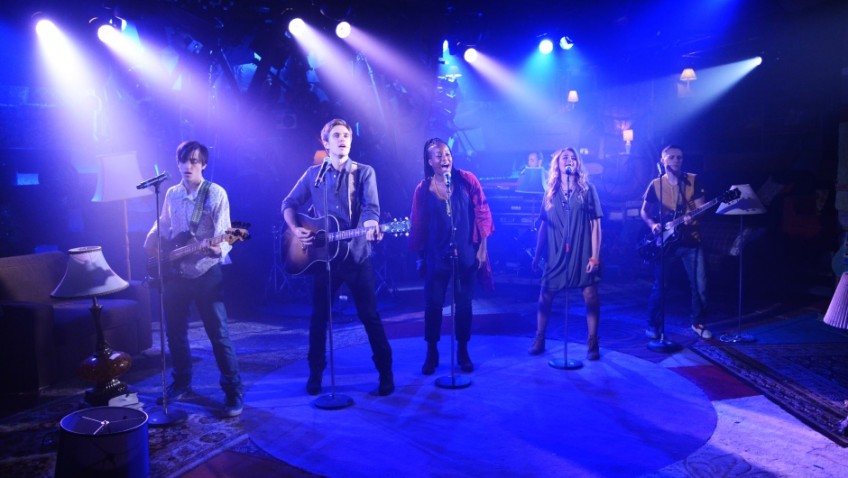 Burt Bacharach says that what the world needs now is love, sweet love

Robert Tanitch reviews What’s It All About? at Menier Chocolate Factory, London SE1 What’s It All About? is sub-titled Bacharach Reimagined and it’s a 90-minute (straight- through, without-interval) celebration of the American singer and songwriter Burt Bacharach.

His songs from the 1960s and early 1970s have been rearranged, refashioned, re-orchestrated and updated by Kyle Riabko for acoustic guitar, percussion, bass and keyboard. It’s a major deconstruction and it works really well in the intimacy of the Menier.

The personable and talented Riabko heads a cast of seven talented singer-musicians. The show has been imaginatively staged and choreographed by Steven Hoggett who keeps the cast on the move and gives the performance such a spin, literally with not one but two revolves, that it never looks like any jukebox musical I have seen before.

The catalogue, some thirty songs, includes such favourites as I’ll Never Fall in Love Again.  A House is Not a Home. Raindrops Keep Falling on My Head. Close to You, Walk on By (Don’t stop), I Just Don’t Know What to Do With Myself, and What’s New, Pussycat?

My seat was a low, comfy sofa on the side of the stage. I felt I was watching the show from the wings. I saw more backs than faces, but the sheer sound, the music and the singing, plus the interesting staging, were such that I still had a really enjoyable time.