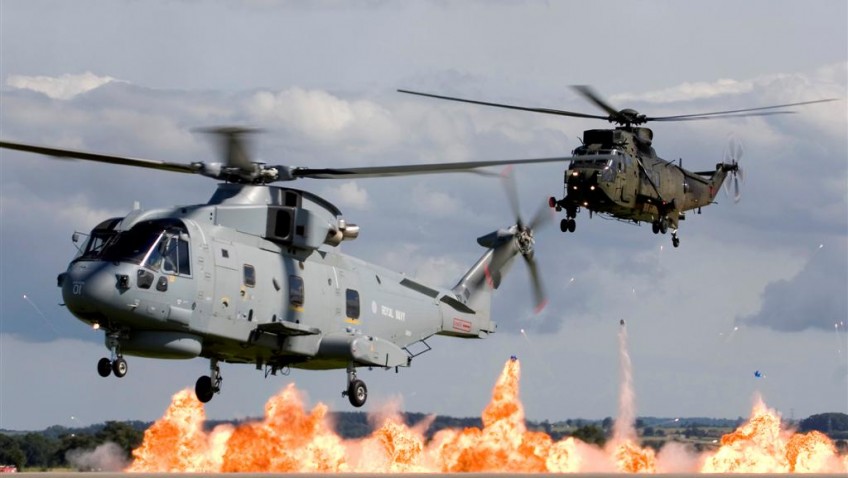 On a warm but overcast day I was thrilled to be sitting watching planes from across the world and the last 75 years, displaying their prowess.

As an avid aviation fan I look forward to the air displays and yet again I was not disappointed. The whole site was filled with other enthusiasts and families who were there for the experience and the delights on offer. I was in the company of about 37,000 other visitors who thrilled at the aerobatics and sheer power of the displays

From Fanfares to Funfairs

It was not all about aircraft! On the showground there were the impressive displays, static planes, competitions in the arena and many trade stalls, Also an educational hangar and a fairground seeking at the fairground. Fancy being a pilot? Then experience the excitement of flying a fast jet in a flight simulator.

Since the hectic days in 1940 RNAS Yeovilton has grown to become one of the busiest military airfields in the United Kingdom and is amongst the largest in Europe.

During the 1950’s Yeovilton squadrons were involved in the Korean War and Suez crisis operating Sea Furys, Sea Hawks and Sea Venoms.

In the 1960’s and 70’s the surrounding countryside reverberated to the sound of Sea Vixens and Phantoms.

In 1982, Yeovilton based Sea Harriers and Sea Kings played a key part in the Falklands Campaign and remained at the forefront of operations, including the Gulf War, Bosnia and Sierra Leone.

Over five hours of flying displays and an extensive static display will feature historic and modern naval aircraft counterparts in spectacular role demonstrations to acknowledge the contribution by RNAS Yeovilton squadrons to Protect Our Nation’s Interests.

The air display for me was the main attraction as the Fleet Air Arm museum, which is Europe’s largest naval aviation collection of helicopters and fixed wing aircraft, the flying arm of the Royal Navy is open daily during the summer.

I watched delightedly at the the world famous Red Arrows and ecstatically as my all time favourite aircraft, the Avro Vulcan B2 roared its great splendour overhead, sadly for the last ever time here. I could have gone home happily then but much more was to come. Without going through the whole programme my highlights were the TiltRotor which is a fixed wing transport aircraft but can transform into a helicopter, how clever is that? Then the field in front of us was transformed into a battleground with the display by the Black Cats flying display showed their maneuverability as attack helicopters which was so successful in the Falklands conflict. Fire, smoke and explosions re-created a realistic combat.

With modern day jet fighters and historic planes from the Second World War this was truly a feast of aeronautics. Display teams from Spain, Jordan and Norway did acrobatics and close passes that had us holding our breath. I cannot wait for next year.