Home / SLIDER / Is it the end of the pier show? 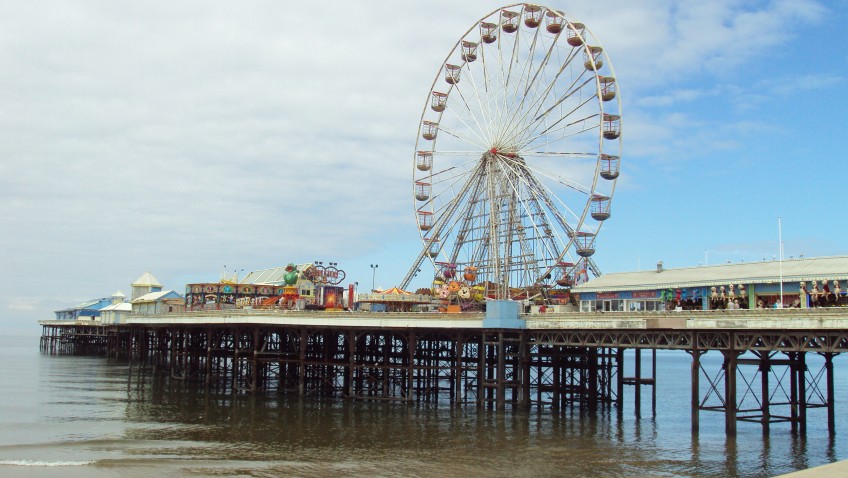 Is it the end of the pier show?

The British seaside appears to have retained a special magnetism, and this may have something to do with the fascinating structures made fashionable by the Victorians.

Piers were designed to be as individual as the character of the particular resort where they were placed, but the primary function of most of them was to provide an area for ‘promenading’ or ‘taking the air’. Later, they were adapted to incorporate landing stages for the increasing paddle steamer trade.

At the beginning of the 20th century there were some 100 piers dotted around our coastline, but the number surviving to the present day has dwindled to just over half that number. During the last 20 years some have been splendidly restored while others await funds for restoration work to begin. Sadly, there are a few that will disappear through dereliction if urgent attention is not given to them soon.

The framework of many piers show incredible engineering skills, and provided a perfect feature for lavish embellishment by 19th century entrepreneurs. Our piers are a unique legacy, quintessentially British, and oozing with nostalgia.

The seaside piers around the coast of Britain stand as a powerful reminder of the achievements of Victorian engineers and entrepreneurs.

The National Piers Society was founded in 1979 under Sir John Betjeman, at a time when some of the finest piers were threatened with demolition.

Over the years the Society has grown steadily and has become well established as the leading authority on piers. Through its efforts, several piers that would otherwise have vanished, remain for the enjoyment of everyone. They support communities who want to repair and renovate the famous structures.

At Colwyn Bay, for example, strenuous efforts are being made to secure funding to save the now dilapidated Victoria Pier from being demolished.

Birnbeck Pier at Weston-Super-Mare, unique in being built partially on an island, is also in mortal danger of being lost forever.

And, at Hastings, the fierce battle by local people, led by the Hastings Pier and White Rock Trust, to save their beautiful pier following the devastating fire on October 5th 2010 is demonstrating how piers at risk can still be saved.

The longest pier in Great Britain is Southend Pier, Southend-on-Sea which is Grade II listed and extends a lengthy 2.16 km into the Thames Estuary and is the longest pleasure pier in the world.

The original pier was built in 1829 to allow potential visitors from London to visit the beach, which even at high tide was only 4-6 metres deep. The wooden pier was only 180 metres in length when it first opened, however by 1833 it had been extended to three times its length and in 1848 it was already the longest pier in Europe, at 2,100 metres.

Ryde Pier on the Isle of Wight is home to the oldest seaside pier in England – the foundation stone was laid on June 29 1813 and it was completed just over a year later. The original design featured a timber-planked promenade which still survives to this day. Hythe Pier, Hythe stretches into the Southampton channel, opened in 1881, complete with a 2 ft-wide narrow gauge railway. It is the oldest continuously operating pier train in the world with services running every 30 minutes. Today, the railway links Hythe Pier with Hythe Town and ferry services operate between the pier and Southampton.

Blackpool Central Pier the ‘People’s Pier’ was renowned for its entertainment, particularly open-air dancing which was very popular before World War Two. Most of the centre platform became an open-air theatre in 1949, and the pier-head dance floor became the New Theatre in 1967.

Dancing was moved indoors to the shoreward end White Pavilion (built 1903) until 1966 when it was demolished to make way for the Dixieland Palace/Golden Goose complex which opened in 1967. This was damaged by fire in 1973 but was rebuilt. Today, this entrance building houses an arcade and a nightclub.

Do you have a favourite pier or have fond memories of visits to these splendid historical structures?

For more information on saving our piers go to www.piers.org.uk