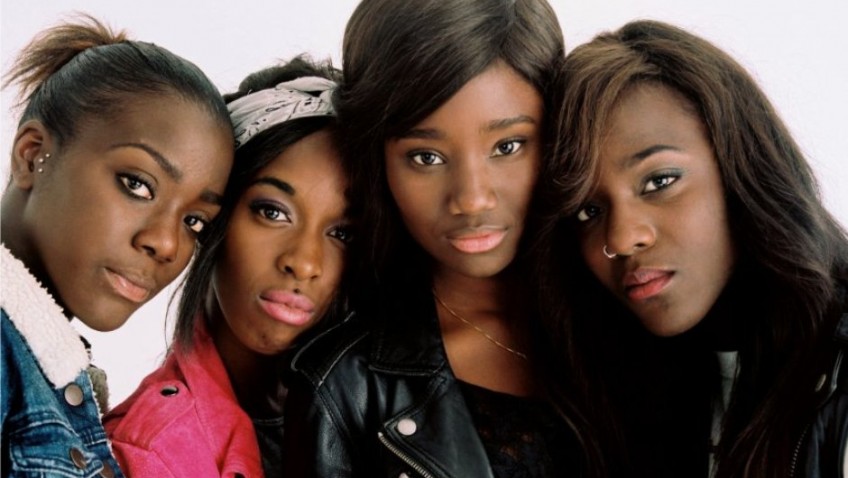 Celine Sciamma’s coming-of-age story is set in Paris’s outlying perimeter of HLMs: tower blocks for the socially-housed black and immigrant population. It is the setting of several productions from Luc Besson’s stable which are characterised by male violence and gang warfare.

Sciamma’s film is told from a female perspective and violence, race, poverty, abuse and lack of job prospects are the background, not the story. The story is both distressing and triumphant, although Sciamma’s cryptic ending provides no answers and no clues about her central character’s future. While there is much to admire in Girlhood, do not go in expecting France’s answer to Richard Linklater’s masterpiece, Boyhood.

Karidja Toure gives a powerful performance as Marieme, a 16-year-old who lives with her two younger sisters, an abusive brother and, we assume, with her mother, who we never actually see at home. The one time we see Marieme’s mother, she is working as a cleaning lady where she has secured a summer job for Marieme.

But Marieme does not want to end up like her mother. Nor is she going to be told what to do by her brother. In one alarming scene, Marieme tells her young sister to hide her developing breasts from her brother.

We are left to wonder whether he has sexually molested Marieme and might now turn to the sister. The brother is furious when Marieme spends the night with a boy who runs with the wrong crowd and this animosity is also left unexplained.

School life is no better. Marieme wants to pursue academic subjects, but is offered a trade apprenticeship due to poor grades. The teacher is unbending and Marieme decides to drop out.

With insecurity in her home life, and lack of prospects at school and for future work, Marieme joins a girl gang. It is less an escape than a way to forge her identity. Marieme’s transformation (she even changes her name) and her fluctuating relationship with the gang are the crux of the film.

When the four girls are together, they are so natural and intuitive that it is a joy to watch. Lady (Assa Sylla), Adiatou (Lindsay Karamoh) and Fily (Marietou Touré) all have problems of their own, but they find strength in the group. In one dramatic scene, Lady is humiliated by a rival gang in a fight. Marieme returns to fight for Lady’s honour and humiliates Lady’s assailant with a decisive win.

At one point Marieme leaves the relative shelter of the girl gang and gets involved with a predatory older man who uses her to extract money. He might have plans to use Marieme for prostitution, but she has the good sense to leave before her initial poor judgment turns to tragedy.

In Sciamma’s film, girlhood is not the process that we observe in Boyhood, but an impressionistic burst of energy, no less authentic than Linklater’s film, but arguably less enjoyable.

Both children are products of a split family with little money but Marieme grows up with real social deprivation. There isn’t a minute when you do not believe that Girlhood is real. Whether or not you want to live in this reality for the duration of the film is another matter.

You can watch a trailer for the film here: