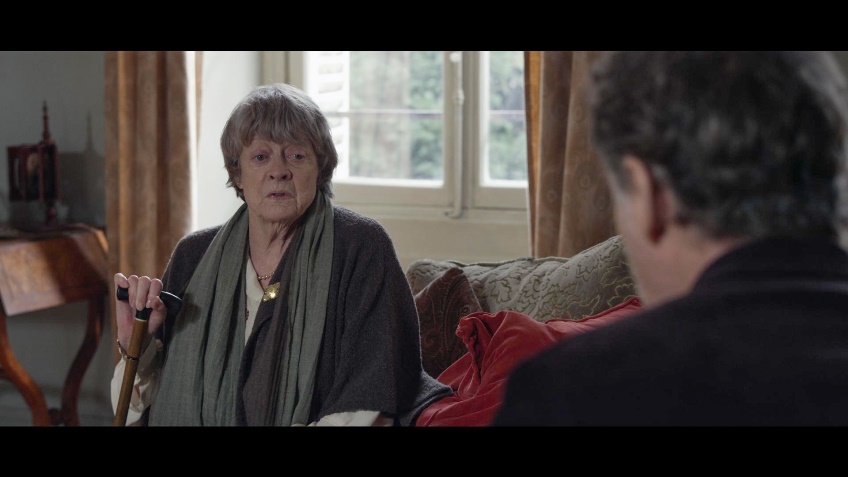 A rare great cast of over 50s starring Maggie Smith

My Old Lady, directed by Israel Horovitz and adapted from his stage play, is that rare film that has a great cast of over 50s that are neither background mothers and fathers nor pensioners stuck in a retirement home.

Unfortunately, the film also begs the question: why put two great comic actors, Kevin Kline and Maggie Smith, in Paris, toss in the terrific, bi-lingual actress Kristen Scott Thomas, and have them obsessing over suicide while shedding melodramatic tears?

My Old Lady has all the markings of a hilarious black comedy but it’s neither funny nor convincingly dramatic.

Although Horowitz can never quite deliver comedy, the film does start out like a comedy and, to be fair, Horowitz has a winning conceit.  It’s called a ‘viager’, a kind of French sale and leaseback/equity release property law, and is an originally device to keep three strong characters at loggerheads in one house.

Kline plays Mathias Gold, a 60-something failed New York writer who is single, broke and homeless when he receives a surprising letter that will clear his debts, if bottled-up head. He buys a single ticket to Paris and shows up at the prime piece of real estate over the Jardin du Luxembourg that his estranged father has left him in his will.

The conflict arises when he learns that this property is a ‘viager’ and its 92-year-old sitting tenant of forty years, Mathilde Girard (Maggie Smith) knew Mathias’ father a lot better than he did. 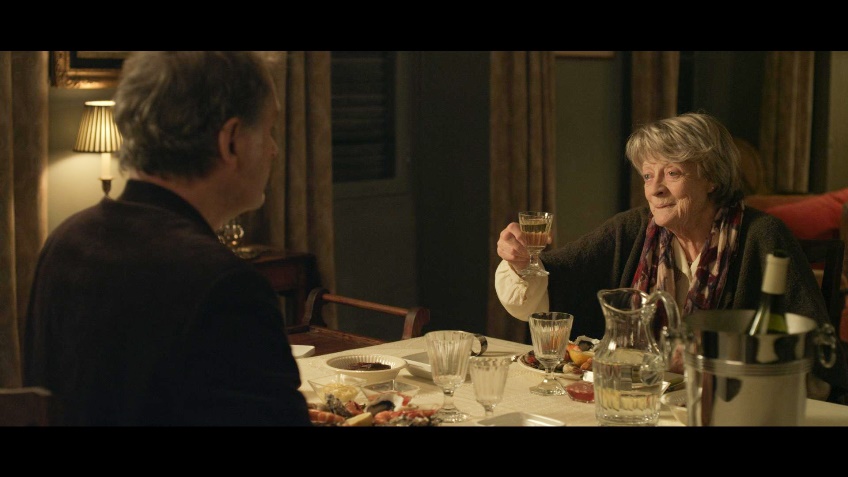 Real-estate broker Auguste Lefebvre (Dominque Pinon) is excited about the 12-million Euro property until he learns that the house is viager. ‘Not good,’ he says in his excellent English. When Mathias tells him that Madame Girard is 90, he decides that, ‘that’s not so bad.’

But Madame Girard, who sold her English school in Neuilly, but still barters English lessons for fine wines and gourmet food, is in no hurry to leave her memory-filled house.

Unable to afford a hotel, Mathias gives Madame Girard his gold watch (that unbeknown to Mathias, had been a gift from Girard to his father) as rent, and installs himself in the dusty, unused third floor.

To make rent money, he sells off the valuable furniture stored up the stairs that Madame Girard can no longer climb.  Oddly, her daughter, Chloé (Thomas) can, but does not notice the theft.  She does, however, notice the intruder, and threatens a law suit.  As Mathias pays rent, she has no legal action, and the two stake their claim to the house as arch enemies.

Mathias follows Chloé, who teaches in her mother’s former school. When he gleefully learns that she is having an affair with a married man, he threatens to blackmail her. But gradually, as the skeletons tumble in rapid succession out of the closet, he learns that she is as messed up, potentially homeless and aimless as he is.

The two have something far darker in common: both have been screwed up by the lifelong affair between Mathias father and Chloé’s mother – and could even be related.

In this manner, the only mildly-comic sparring turns into tedious melodrama, with Mathias going off the wagon so that we can watch Kline overplaying a one-note drunk – one of the least convincing in recent memory.

Smith, who can deliver one-liners like no one else of her generation, is far from her Downton Abbey mode, as though confused between being the femme fatale of a tragic love affair and an eccentric, strong-willed old lady with all the trump cards.

Horowitz is both the wrong person to adapt his play and to direct it. He is stuck in stage mode and his melodramatic script and wooden direction leave his marvellous cast valiantly floundering.