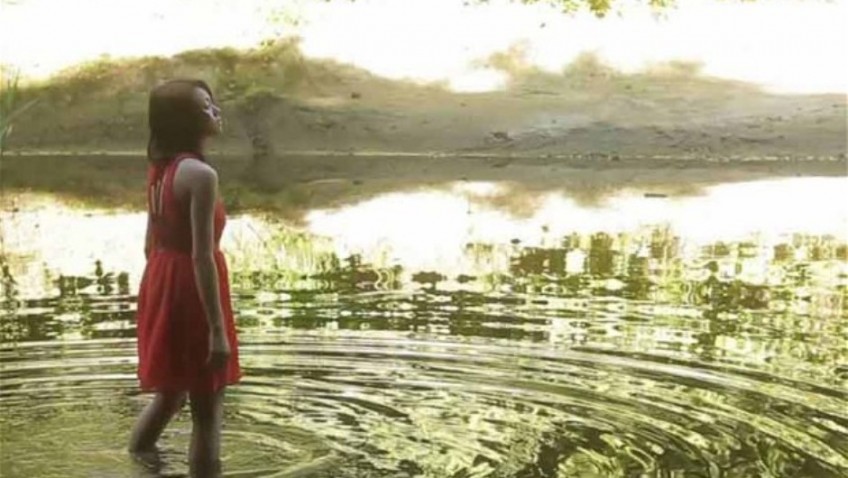 The title is not so much misleading as significant in this subtle Japanese coming-of-age comedy.  The title, Goodbye to Summer, is reminiscent of Eric Rohmer’s A Summer’s Tale, Pauline at the Beach or the Green Ray; and that’s before a single, eighteen-year-old protagonist strolls on the beach and cycles around a sweltering, seaside town learning a lot about relationships.

Nothing could be more Rohmeresque than this set-up.  We are in Rohmer territory here, but not in his league.  While there is a lot to admire about Koji Fukuda’s (Hospitalité) quirky feature, the look of the film and the story telling fail to create much of an impact.

Sakuko (Fumi Nikaido) is supposed to be studying for her university entrance exams, but spends the last precious days of summer with her easy-going, non-judgmental Aunt Mikie (Mayu Tsuruta). 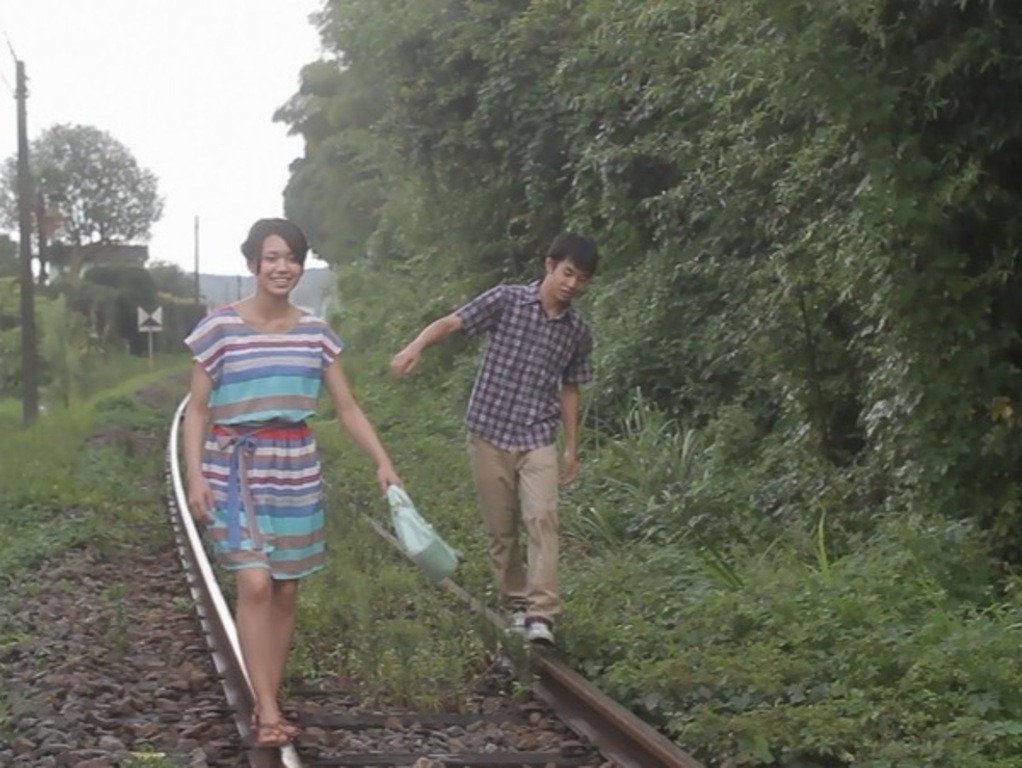 They are house-sitting for Mikie’s Europe-bound friends. The couple’s departure and the arrival of the women and a boy from Fukushima create the impression of a town in flux with a transitory population.

Captions divide the film by days, from 26 August until 1 September.  Sakuko is confident she can do all her studying there over the break, as Mikie herself has brought along work to do.

Mikie is translating a book about Indonesia where she has forged a career in international development.

While Mikie finishes her work, Sakuko proves less interested in her books than in learning more about the web of relationships that connect the various people she meets.

He is from Fukushima and has left his parents to relocate without him following the nuclear accident.

Sakuko’s overtures to Takashi result in their spending time together, but Ukichi, who is sacked for sabotaging a tryst between a dirty old man and young school girl, seems unable to commit to anything.

In one touching scene, Sakuko invites Takashi to lunch and ends up ceding her place at the restaurant table to another young woman who has phoned Takashi.  Sakuko does not hold a grudge and when Takashi appears dejected one night, she cheers him up by staying up all night (platonically) with him.

Meanwhile, a married and academically respected art historian named Nishida (Tadashi Otake) takes advantage of a seminar in the town to visit Mikie, who is less than thrilled at the prospect.  Frustrated by Mikie’s lack of interest, Nishida, sleeps with a clingy student who admires the cad. 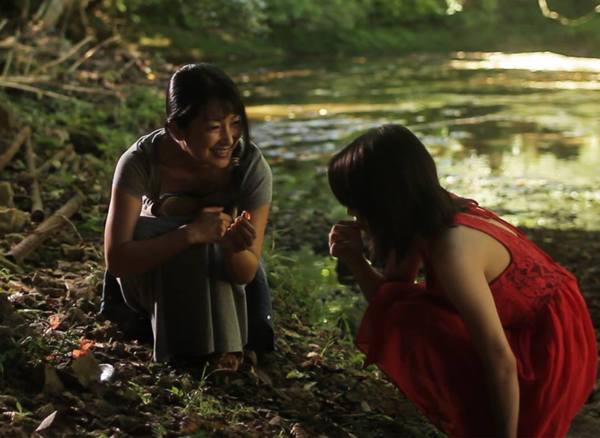 Although there should be a marked contrast between the washed-out colours on the screen and the colourful, finely drawn characters, they somehow appear as pale as the film’s palette and as languid as the pacing.

A lack of dramatic momentum and narrative sees the characters floating in a series of episodic scenes, all of which seem to carry the same weight.

Thanks to Fumi Nikaido’s nuanced performance, Sukuko comes to life to give the film its core.

What Sukuko learns is, as the viewer experiences, that no one is easy to read  and it is unwise to make assumptions.  Sukuko, for instance, learns that her mother and Mikie were not actually related, while Nishido masks his perversion behind a mantle of respectability.

Taskashi is deemed the perfect candidate to address an anti-nuke rally taking place in the wake of the nuclear disaster.

Instead of a tear-jerking tribute to his beloved home and family, however, he stuns the crowd by expressing disdain for his parents and says he was glad of the excuse to get away from Fukushima.

The meaning of all this comes out during a stroll on the beach when Sukuko asks Mikie why she helps people in Indonesia when there are so many people in Japan to help.  Surely, she muses, the natives of Indonesia are more qualified to help their own people.

Mikie concedes that might be true, but points out that sometimes we know ourselves less than do complete strangers by dint of being too close to ourselves to observe with honesty and objectivity.

Sukuko, the observer has been an unwitting researcher in a foreign land herself.