Home / SLIDER / “You’ve got to have faith to survive.” 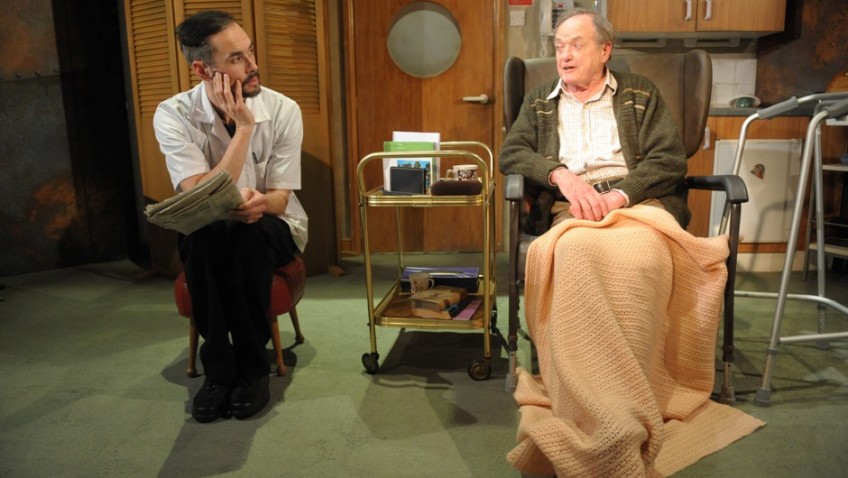 “You’ve got to have faith to survive.”

The setting is an old people’s home. There are just two characters: a cantankerous, bitter, foul-mouthed old man who is dying and his new, well-meaning carer.

The old man (James Bolam) is an atheist. He was a RAF gunner in the war. He flew 29 ops and lost his best friend.  He relives the horrors. The carer (Steve John Shepherd) is a Roman Catholic. His marriage has broken up and he has been contemplating suicide.

The carer needs a carer as much as the old man. The interplay between the two in Matt Aston’s production is extremely well acted by Bolam and Shepherd.

Ivory’s message is loud and clear: you need faith, love and forgiveness to survive in wartime, just as you do now and perhaps even more in a secular age.