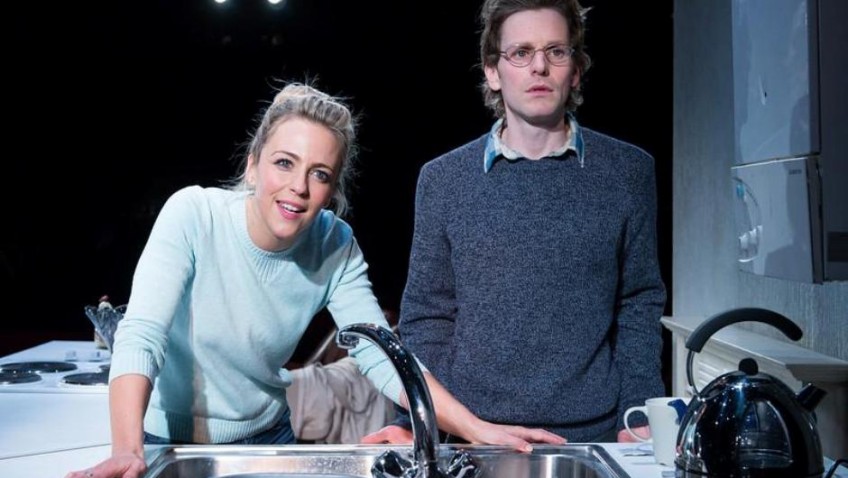 Peter Souter’s play – not to be confused with Athol Fugard’s Hello and Goodbye – is a romantic comedy, which describes the first and last hour of a dysfunctional relationship.

The characters are placed in the funny but unreal world of sit-com. Alex is an introvert.  Juliet is an extrovert. Their relationship begins when they find they have both been given the keys to a flat by different estate agents and they refuse to budge.

This unlikely relationship lasts an unbelievable 10 years; and ten years later she hasn’t changed one bit. She’s still ghastly and there’s still no chemistry between them.

Hello/Goodbye is a play for those who want theatre to be like television.