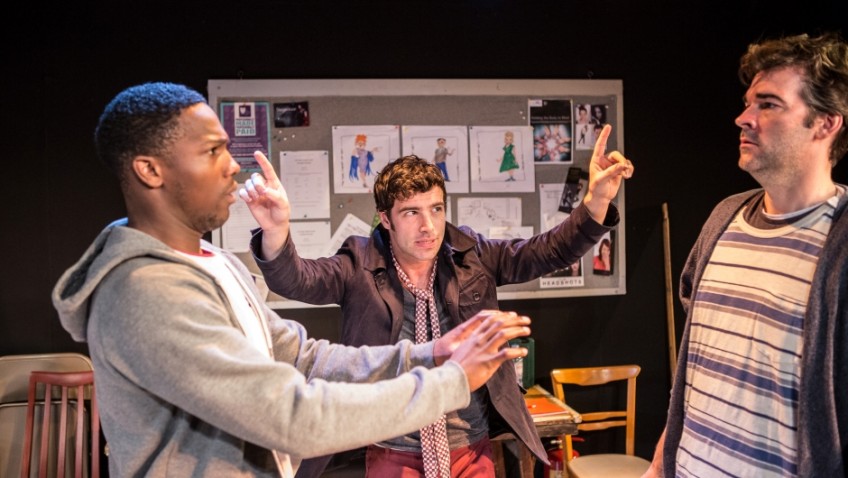 Audiences have always loved to see mishaps on the professional and amateur stages. Come on, admit it, we all just love it when something goes wrong.

A door jams or the handle comes off and the actor has to make his exit through the fireplace or out of the window. Absolute bliss.

One of the most popular scenes in Shakespeare is when the mechanicals in A Midsummer Night’s Dream attempt to stage The Lamentable Tragedy of Pyramus and Thisbe with disastrous results. It can be side-splitting. The most popular modern farce is Michael Frayn’s Noises Off! and it’s one of the best jokes ever about the acting profession.

The audience watches first the rehearsal of a play and then its deteriorating performance, first from backstage and then on-stage during a long tour. It’s hilarious.

At this very moment in the West End there is a very funny farce about an amateur dramatic society staging an old-fashioned murder mystery. It relies for its laughs on physical disasters.

The farce is called The Play That Goes Wrong, which says it all, and is recommended to all those who just want a good laugh.

David Spicer’s Stop! The Play, directed by John Schwab, has the same gimmick but it doesn’t work as well because it has no basis in reality.

From the very start, it’s just a terrible play with a terrible script and the rewrites are terrible and it goes nowhere. Spicer and Schwab need to go back to the drawing-board. Adam Riches (as an actor with a massive ego) and Ben Starr (as a camp gay director) are often funny; but they are being funny in a vacuum.

What you see at the Trafalgar Studios is all the actors working extremely hard to be funny and doing funny things and saying funny things rather than being innately funny.

The most successful actor is James Woolley, who plays an old actor who can’t remember his lines but can remember all the flops he has been in. His is the most real performance on stage and the funniest.