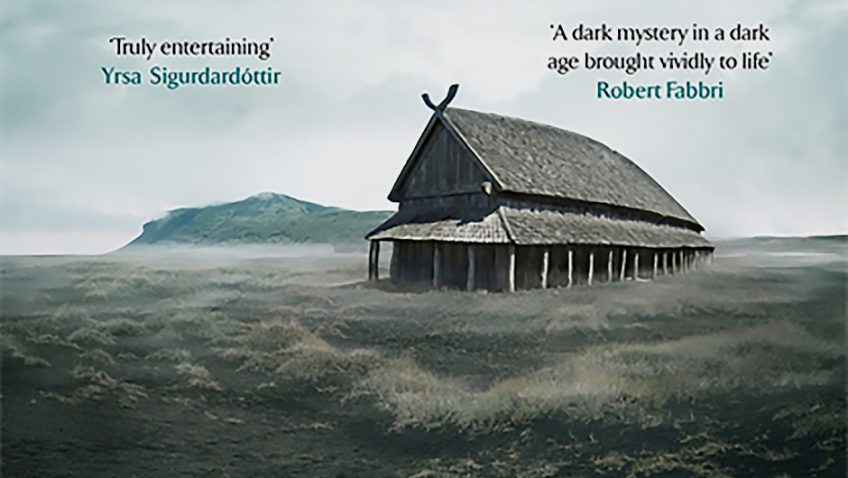 Viking warlord Unnthor Reginsson retired from the raiding parties and settled down to life on a farm in a remote valley with his wife, Hildigunnur. Unnthor rules the valley with a strong arm and the respect of his neighbours; Hildigunner rules the long house with a mixture of sharp-eyed shrewdness and wisdom.

Rumour has it that Unnthor acquired a fortune in pillaged gold and treasure, a rumour he denies. No one believes Unnthor’s denials – least of all his three sons and his devious daughter. Now, a family gathering is planned and there’s foreboding and apprehension in the air; these siblings have their sights set on their father’s treasure.

Unnthor and Hildigunner’s adopted daughter, Helga Finnsdottir, has never met her siblings but their reputations precede them – the dark, dangerous Karl, gentle Aslak, the giant Bjorn, and last, but not least, the clever and scheming Jorunn.

As is to be expected, bad blood simmers, old feuds resurface, forgotten romances are rekindled, unrequited love still simmers below the surface and jealousy rears its ugly head. Tensions mount and relationships and friendships come under strain. One morning Helga is awakened to find that bloody murder has been committed. Secrets and lies abound and human nature is seen at its worst. Helga finds herself baffled and afraid; who would commit this dreadful crime? Whilst family and honour are everything, who would risk all to protect it? Helga needs to act fast to save the innocent and reveal the truth.

This book is a pretty standard murder mystery; well written, descriptive and well paced and is a very enjoyable read. Helga is a bit of an enigma with a very sketchy back-story and just a hint of mystic power. This is first of the Helga Finnsdottir Mysteries and perhaps future books will reveal more of Helga’s past. On the evidence of this book, Helga could become an insightful Dark Age sleuth. Well met! Helga Finnsdottir.