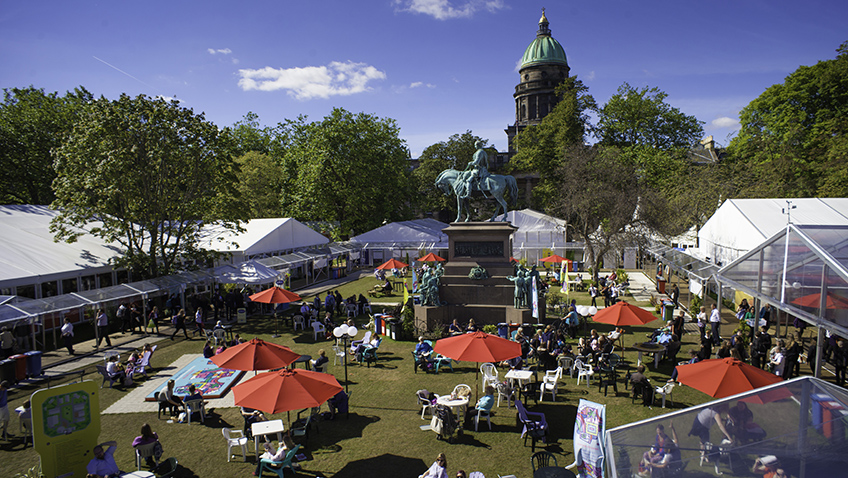 For all lovers of the written word, book festivals are a delight and the Edinburgh International Book Festival has long been a highlight from many bibliophiles. Set in a specially created tented village in Charlotte Square Gardens from 11th to 27th August, the festival offers something for all ages and all literary tastes.

In the 2018 programme, the Edinburgh International Book Festival calls upon its authors, participants and audiences to consider the importance of freedom in a world where democracy and capitalism, long the staples of western society, are being brought into question.

Free speech, freedom of movement, freedom of expression and freedom of identity will all be discussed in a diverse and wide-ranging programme of talks, debates, workshops and readings taking place in Charlotte Square Gardens and in George Street this August.

In a major initiative, supported by the Scottish Government’s Edinburgh Festivals Expo Fund through Creative Scotland, the Book Festival has commissioned 52 authors from 25 countries (including 13 from Scotland) to write essays exploring ideas about freedom. “The Book Festival in Edinburgh is an unbeatable place for meeting inspiring people and sharing big ideas”, said Nick Barley, Director of the Book Festival.

Every year the festival attracts hundreds of authors and this year is no exception; from Booker prize winners and household names to those just putting their foot on the first rung of the literary ladder, there is something for everyone. With over 1000 authors, poets, novelists, illustrators, and musicians appearing in over 800 events there will be no shortage of compelling chat-show style interviews, panel debates and workshops to attend, as well as storytelling events, interactive crafts and live performances to dip into. 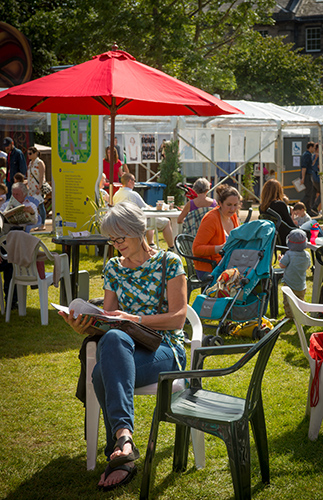 Festival highlights are hard to pin down as there is so much good stuff to take in; visitors will be able to attend talks and interviews with Ian Rankin, Alexander McCall Smith, Richard Dawkins, Alison Weir, Anne Cleeves, Jo Nesbo, Val McDermid, Ragnar Jonasson, Lindsey Davis, A L Kennedy, Carol Ann Duffy, James Naughtie, and Eloise Greenfield, to name but a very few.

As well as those from the seasoned literati, there will be appearances by some not immediately associated with literature, including Kamal Ahmed, Gordon Brown, Jesse Norman, Brian May, Louise Minchin, Bruce Dickinson, Nicola Sturgeon and Sue Black. Some well-known names relatively new to writing will be there, including Jim Broadbent, Simon Mayo, Frank Gardener and Susan Calman.

Richard Steele (1672 – 1729), co-founder of The Spectator magazine, famously said that ‘Reading is to the mind what exercise is to the body’. So why not head to Edinburgh this August for a real literary workout?

For full details of the Festival and tickets, please visit: www.edbookfest.co.uk, telephone 0345 373 5888 or visit the Box Office at The Hub, Castle Hill.