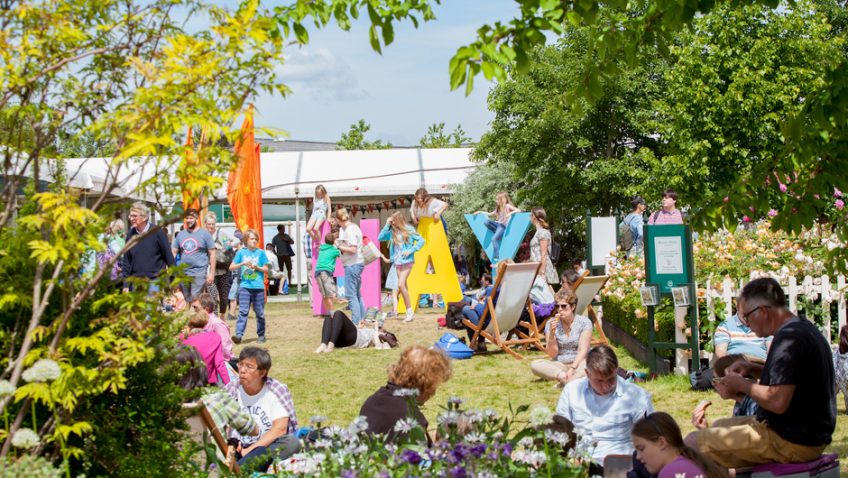 The Hay Festival is one of the world’s top literary festivals, staged in the small town of Hay-on-Wye on the Wales-England border.

This year the Hay Festival is 30 year’s old and is again bringing together writers from around the world to debate and share stories at its festival in the staggering beauty of the Welsh Borders. Hay celebrates great writing from poets and scientists, lyricists and comedians, novelists and environmentalists, and the power of great ideas to transform our way of thinking. The exchange of views and meeting of minds at this festival inspires revelations personal, political and educational. Hay is, in Bill Clinton’s phrase, ‘The Woodstock of the mind’.

Last year I attended and wandered the site in glorious sunshine drinking in the atmosphere of being at one of the most exciting and stimulating events in the British calendar. As I stood in queues waiting for entry into one of the huge tented stages the helpful stewards shepherded hundred into the slightly uncomfortable seats I exchanged pleasantries with people from all over the world who had come to enjoy this festival of ideas. Everyone was so friendly I truly felt a citizen of the world that Hay encouraged us to image.

The BBC will host a series of events, live radio broadcasts and recordings of flagship shows at this year’s Hay Festival from the BBC Tent.

Now open for public booking at www.hayfestival.org, the line-up includes life-changing writers, stars of stage and screen, pioneers of science and technology, and future world leaders, who converge for a party of ideas and stories in 800 events.

The full programme is available to view online at www.hayfestival.com.