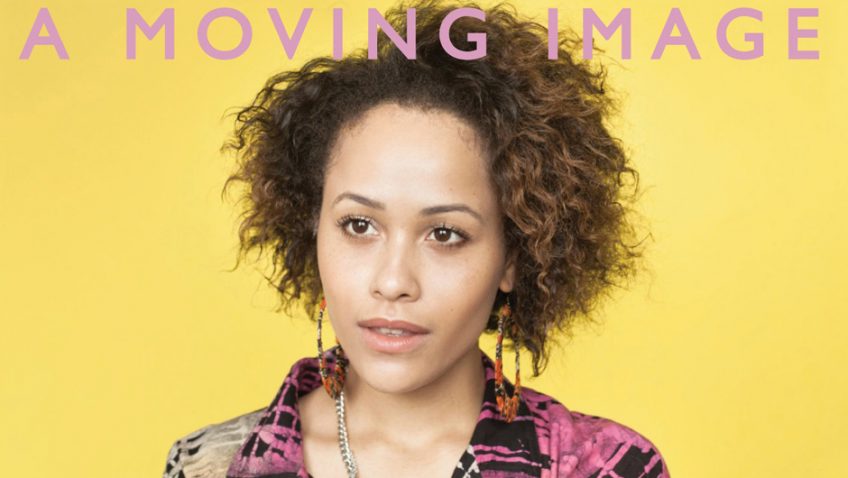 Urban gentrification in Brixton is the topic of this slight, uneven debut feature

A Moving Image is writer/director Shola Amoo’s debut feature film after graduating from the National Film and Television School. He has chosen not only a topical and meaty subject, but a fitting and clever title. For Amoo, who hails from South London, constructs his exploration of gentrification in Brixton, around Nina (Tanya Fear), who decides to make a film about gentrification when she returns to her childhood neighbourhood. The pun on moving – moving image, moving neighbourhoods or moving as in emotive – resonates throughout the film. But even at a slight 74 minutes there is more indulgent padding than plot, and while the debates and interviews are interesting, Nina’s personal story occasionally feels like a distraction. The film begins with Nina (Tanya Fear) moving back to Brixton from an interlude in Shoreditch. She emerges from the tube with just one suitcase, but as we never see her in the same outfit twice, it must be true that, in the words of one Brixton resident, ‘you can buy anything here.’ Nina’s ‘media’ background and temporary location in a stylish loft leads Ahmed (James Hamilton) to be suspicious that Nina is contributing to the very gentrification she is concerned about. When he attacks Reclaim, (organisers of the Reclaim Brixton demonstrations) Nina protests that she went to the demonstration and interviewed a lot of concerned Black people. Ahmed answers, ‘You don’t think Black people can be anti-Black?’

Nina’s best friend Isha (Hussina Raja), who is as pretty as Nina, agrees to edit Nina’s project. Despite Nina’s fear of being ‘fixed up’, Isha persuades her to meet an alleged musician named Ayo (Aki Omoshaybi) who spots Nina’s depression pills and tells her he has been there and understands. A rival for her affection is Mickey (Alex Austin) a white up and coming actor who calls himself a local. Ayo claims that Mickey displaced families like his from Rushcroft Road for an investment property. Of the two, however, Mickey’s character has more to add to the film that Ayo’s.

But it is the interviews Nina conducts for her ‘project’ – when the film moves toward documentary mode – that prove the most rewarding. Nina’s interview with the Eritrean owner of a café called Art Nouveau gives us a profile of a single mother of two who is frustrated that, ‘if you try to do something with your life, they do everything possible to make sure you don’t succeed.’ The ‘they’ is clearly the government as well as developers. ‘Even Lambeth called it a master plan,’ she laments. ‘It’s a plan to completely change an area. While they’re changing the shops and getting rid of local people and building luxury flats, my relationship with Brixton will end.’

Like Spike Lee’s great 1989 film Do the Right Thing, which dramatises racial tensions in the streets of Brooklyn on a hot summer day, a lot of A Moving Image takes place in the bustling summer streets of Brixton as Nina meets the locals during and after a Reclaim Demonstration. At one point she develops a promising project to connect gentrification protests internationally. We hear from two articulate New Yorkers, one of whom comments on the 200% rent rises in Harlem (now significantly gentrified) while another, white, commentator reminds listeners that ‘not everyone can take part in the quote unquote progress’ that is urban gentrification.

It’s a shame that no one mentions or seems aware of Jane Jacobs (1916-2006) and her influential 1961 book on city planning, The Life and Death of American Cities (the subject of a documentary out next week). Amoo includes in the film several dance scenes, including a scene where Nina dances with Mickey in her flat to chill out when a friendly interview becomes heated on the subject of race.

In her book, Jacobs argued that the sidewalk – so prominent here and in Spike Lee’s film – “is a central mechanism in maintaining the order of the city” and she draws an apt analogy with dance. “This order is all composed of movement and change, and although it is life, not art, we may fancifully call it the art form of the city and liken it to the dance.” It is Amoo’s awkward attempt to mix art and life, fiction and non-fiction that undermines his promising concept.