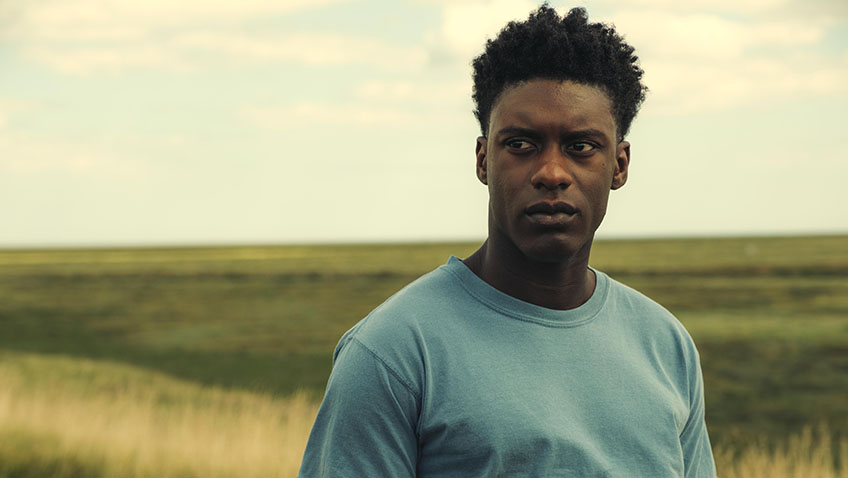 Shola Amoo’s sophomore film The Last Tree has such an authentic feel to it that you will not be surprised to learn it is ‘semi-autobiographical’, inspired by the South London writer-director’s life. The film is divided into three distinct settings corresponding to three periods in this British coming-of-age story, distinguished by a predominantly black cast. While Amoo strives to avoid the clichés of the genre, he is not always successful, and while Amoo details the incidents, influences and psychological motivations for Femi’s journey, his mother Yinka’s (Gbemisola Ikumelo) complementary transformation is taken for granted. 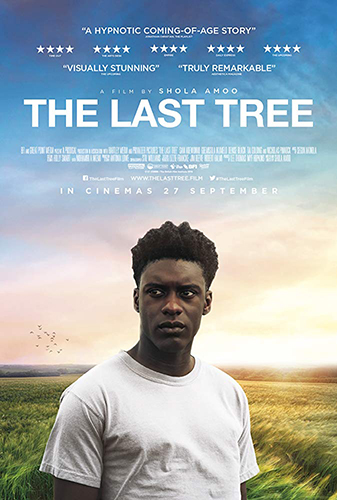 While the social-realism of the film is brought out by location shooting on the Aylesbury Estate Aylesbury Estate in SE17, notorious long before Michael Caine’s turned vigilante there to avenge a murder in Harry Brown a much more lyrical and impressionistic effect governs the first part to capture 11-year-old Femi’s (Tai Golding) idyllic childhood in rural Lincolnshire with a nurturing white, foster mother, with the symbolic name of Mary (Denise Black).

We see Femi play football and run and laugh in the open countryside with a close-knit group of white boys from his school. Cinematographer Stil Williams and the sound design team contribute to this sense of what Amoo has called an ‘almost hermetically sealed’ environment and childhood, safe, inclusive and constructive.

It is therefore as shocking for us as it is for Femi to learn that his birth mother, Yinka, has reclaimed the son she gave away for reasons that become clearer in the third act. The system is desperate to free up foster parents and return children to their birthparents and so Femi was not consulted in this court-ordered transfer.

Our heart goes out to Femi, and Amoo makes us share the boy’s anguish as he is bundled into the car, leaving his childhood behind him. The trees disappear to be replaced by the high-density concrete sprawl of the Aylesbury Estate where Yinka lives in a depressing council flat. 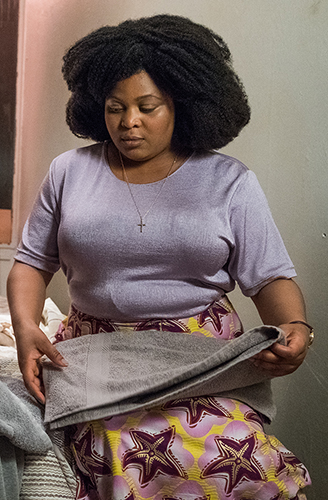 Gbemisola Ikumelo in The Last Tree

Femi’s response to this transition is to rebel. He does not eat, obey or speak to Yinka. Young and uneducated, she reacts instinctively and badly by further stoking the boy’s resentment and sadness when she forces him to clean the flat and hits him. No thought is given to the boy’s adjustment to the new school at an age where newcomers are bullied, particularly those of African heritage.

It might be a cliché, but a very true one, that when Femi attacks a bully named Dean (Shaqai White), his teacher, Mr Williams (Nicholas Pinnock), sees only the attack, not what caused it, and Femi is suspended. Yinka’s reaction is to beat Femi, which, of course, only fuels his alienation.

At this point, I thought of the unforgettable first chapter of JT LeRoy’s The Heart is Deceitful Above All Things

, a similar story told from the point of the view of the 4-year-old separated from a well-to-do foster white family by his sadistic birth mother. She’s the type who tells the son she once gave away that the foster family rejected him and the police will arrest him if he contacts them, while giving the boy drugs to shut him up.

Fortunately, Yinka, who holds down a decent job, is not that bad, but the damage is done, and as Femi turns 16 (and is now played by Sam Adewunmi), he pays lip service to his mother and gravitates towards a new family, which includes the former bully Dean (Rasaq Kukoyi). (One of the problems in matching up older/younger characters with actors is that it is not obvious who older Dean is at first). This group is a bad influence and Femi is now failing at school and taking drugs.

Femi is soon seduced by petty criminal Mace (Demmy Ladipo) who knows how to make these kids with low-self-esteem feel important and valued. Why bother with school when you can make so much money on the streets without a degree, etc?

While making Femi’s slide into a criminal life understandable and almost inevitable, Amoo is careful to show another side to Femi throughout his secondary school years. While a parent-teacher meeting is a disaster, he summons up courage to approach a girl named Tope (Ruthxjiah Bellenea) although she is bullied at school. She associates him with the clique that did the bullying, but they bond through this awkward conversation and music. Femi begins to realise that he is not valued by the gang but being used and when he wants out, he pays the price. An emotional scene in which Femi finally breaks down in Mr Williams’ arms leads the way to the third act in which Yinka takes Femi to Lagos to meet his father and be blessed by a priest. 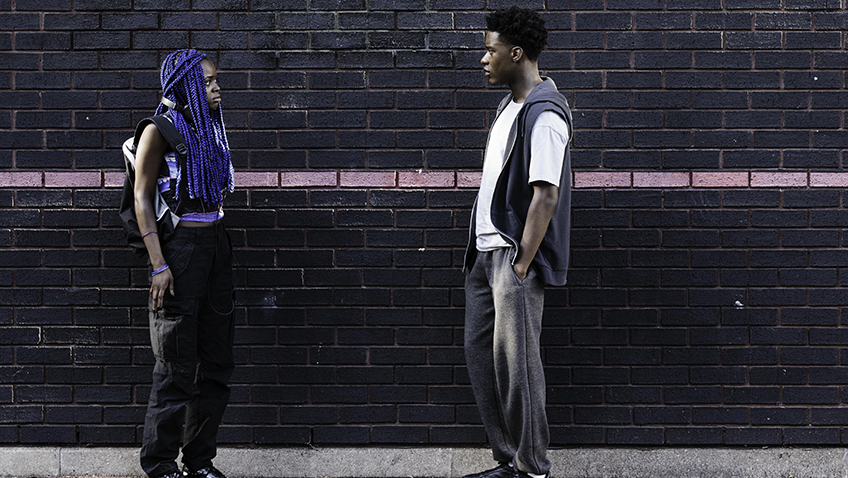 Visually, we might experience the sense of been unmoored and set adrift that Femi felt upon entering the vast metropolis of London, but this is a home coming for him and he does not have the same reaction. Lagos is much more crowded and poorer than London, and yet he seems only black people, his people.

The African journey is, however, problematic. The meeting with his father proves anti-climactic and we don’t know what to make of the religious ceremonies he goes through, given that his father who disowned him and his mother while living in vulgar splendour is allegedly a priest. The meeting is also critical in enabling us, and perhaps Femi, although we do not see this process, to re-evaluate Yinka. We now understand that she escaped an abusive relationship at a great cost and had to build a life on her own as a teen-age mother with no support network.

Yet, by this point Yinka has already changed, and the change is so marked it cannot be down to just mellowing. Yinka is now a sympathetic, loving and caring mother. When did this transition happen? Yinka’s story needs to be just as important as Femi’s, particularly as her actions, born out of ignorance and her own loneliness when Femi was 11, were responsible for his wasted teen years. And yet she appears as a peripheral character, never seen as a young woman, but only as the bad mother who took Femi away from Mary.

In a lovely touch, Amoo ends this chapter with Femi’s first view of the sea, a shot that should remind us all that great coming-of-age film from 1959, Les 400 Coups. In a key, and heart-wrenching return to Lincolnshire we understand how Femi is going to accept himself and his past. If you can’t go home again you can keep home inside you on your journey.