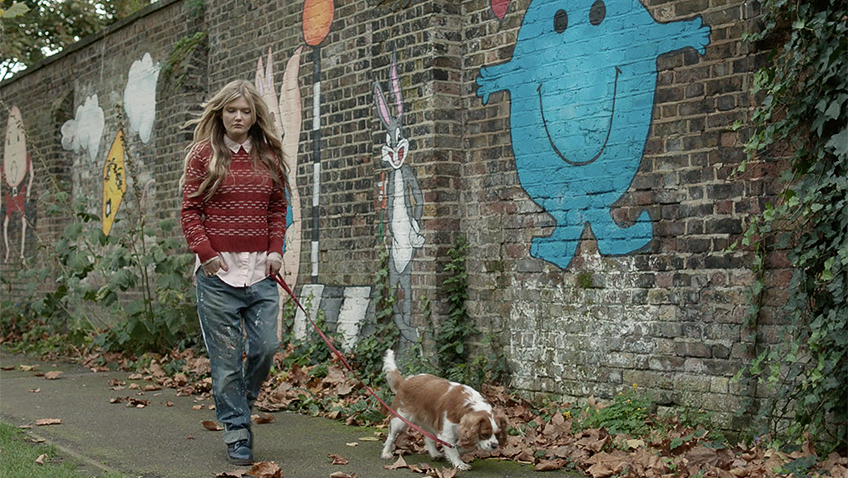 Even after four decades as Martin Scorsese’s script supervisor on big budget films including, The Aviator, The Departed, Shutter Island and Hugo, and after directing several short films, as a mature female, Martha Pinson probably owes her directorial debut to Scorsese who serves as Executive Producer of Tomorrow. 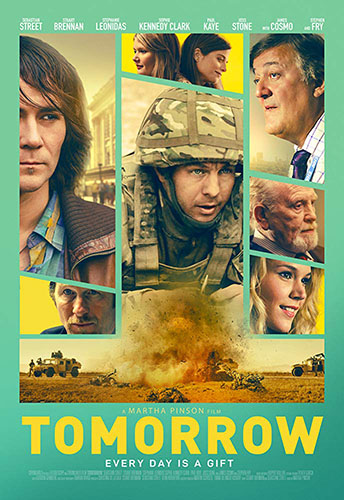 Many first-time directors choose well-established writers and a few A-list actors to increase their saleability, but Tomorrow is written by the film’s two lead male actors, Sebastian Street and Stuart Brennan, neither of whom are household names; and the film is set not in Pinson’s New York City, but in contemporary London. The result is an absorbing film that courageously tackles male health issues with some strong performances, but the heavy-handed contrivances, a miscast Stephan Fry and a weak ending work against it.

After being injured by an IED in Afghanistan, Tesla (Street) lives an isolated life alone with his bottles of drugs in a depressing flat. The brooding thirty-something with PTSD is more inclined to resort to alcohol than to physical therapy and socialising with other veterans. For some reason he has no family and, perhaps because he is so self-absorbed and self-destructive, no friends.

Elsewhere in London, good-looking, extroverted Sky (co-writer Stuart Brennan) lives in an airy, stylish apartment with a great view of London. A creative, easy-going, people person, Sky likes helping out his friends. Shortly after a serendipitous encounter with Tesla, he introduces him to his girlfriend Lee-Anne’s (Sophie Kennedy Clark) roommate Katie (Stephanie Leonidas), who is just completing an MA in business management and intends to open a restaurant. 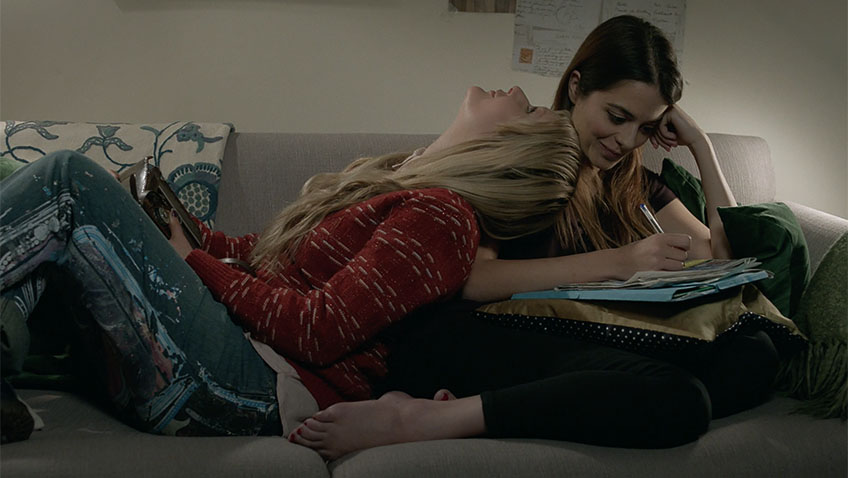 Katie, who is outgoing and sufficiently secure about herself to make the first move, starts to flirt with Tesla, who cannot quite believe that this very attractive and intelligent woman would take an interest in him. Surely, she has a boyfriend or two? But Katie is not the least bit put off by this stranger’s wheelchair or military background, and when he invites her to dinner, she accepts.

The dinner marks a turning point in Tesla’s life. Not only are he and Katie on their way to becoming a couple, but she is so impressed with his gourmet hamburger platter that she hatches a plan to open a hamburger restaurant with Tesla as cook. As luck would have it, Sky knows a man, Mr Charles (James Cosmo), who invests in restaurants and has an impressive portfolio of start-ups. 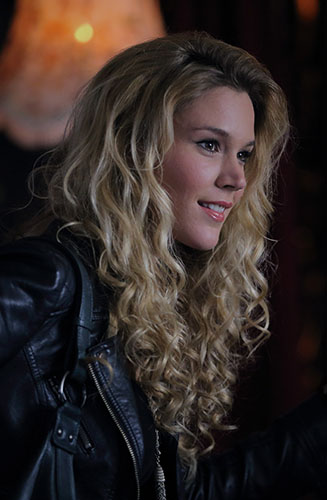 Mr Charles is impressed with Tesla’s cooking, Katie’s business plan (that Sky helps produce) and, most of all, with Katie’s astute choice of location. As the location is coming up for auction, securing the lease is time sensitive. After the initial euphoria, the couple become frustrated when Mr Charles delays signing the contract. He wants to see how Tesla operates in the kitchen of one of his restaurants, arguing, reasonably enough, that a one-off dinner for a few friends is very different from the pressures of a commercial kitchen.

The restaurant scenes are particularly well directed and written as the filmmakers reveal the challenges for a disabled man facing not only the chef’s prejudice, but the very real, practical difficulties of manoeuvring in a confined, busy space with piping hot plates, ovens opening and closing, heavy utensils and staff rushing around.

Tesla’s insecurities and depression return and create problems in his relationship with an incredibly patient and understanding Katie. Tesla reverts to feeling sorry for himself when he once again doubts he can give Katie what she wants.

Lee-Anne, who is in love with Sky, is also hurt when he begins distancing himself from her as though their undefined relationship is on the skids. Sky, who is coughing more and more, and looking unwell, will not talk to Lee-Anne, or even Tesla, about his health. When he collapses one day, however, his secret affects not only his friends, but his estranged father whose identity Sky has also kept hidden.

There is much to admire in the way that the filmmakers focus on the normal lives of a group of Londoners who do real jobs and have not only romantic relationships but career goals, frustrations in both and even mental and physical health concerns. It is, however, a bit odd for a film interested in contemporary realism, to find, with one exception, no parents, relatives or other friends in the lives of the four main characters. We know that Tesla has no parents or family, but wouldn’t Katie want to introduce her future business and romantic partner to her parents at some point? 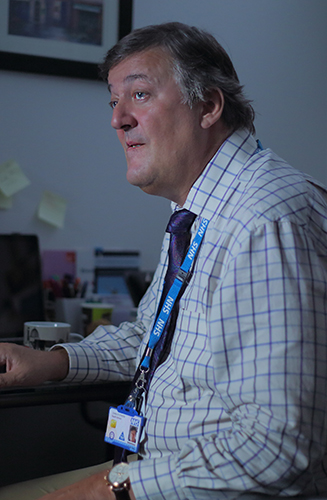 That, however, is nit-picking when we have Stephen Fry popping up as a hospital health advisor, reducing the audience to tears of laughter, just as the news of Sky’s serious illness is announced. It is not only his sizeable paunch that makes Fry a dubious health advisor but the unconvincing delivery of his lines and the fact that he fails to even suggest that Lee-Anne might want to have a blood test.

A melodramatic subplot about Sky’s mother dying alone when both Sky and his father were having a good time elsewhere is distracting as we have no emotional engagement with these issues. While it is understandable on an intellectual level that the two men would be troubled by their guilty transgressions, it all happened long before the main action begins making and is not integrated into the story.

Despite Pinson’s laudable direction and the good performances from actors we do not often see on the big screen, it is impossible to overlook the film’s contrived nature. Tesla is a great cook while the first woman he meets in years wants to open a restaurant. And coincidentally, their mutual friend Sky has the ear of a man who finances restaurants. The two men have health problems, while the two women have money problems. A welcome bit of ambiguity in the seemingly happy ending is so unexpected that we are left wondering whether we have missed something.

Tomorrow has a lot going for, but Pinson, for once, has taken her eye off the script.