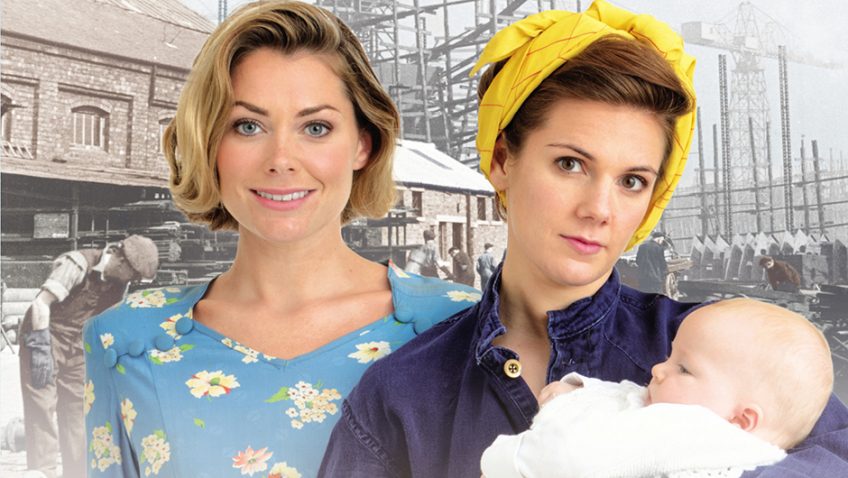 The forgotten women of the WW2 shipyards

An author has released her fourth novel in a best-selling series, honouring the women who stepped into the breach to keep the shipyards working during the war. Inspired by the 700 women who were employed in the Wearside yards at the height of the Second World War, Nancy Revell set about creating her Shipyard Girls series that has captured the imaginations of readers.

The 49-year-old former journalist felt so strongly about the contribution these women made to the war effort – and the lack of any kind of recognition these women have had – that she created fictional characters based on the real female shipyard workers. Nancy Revell, from Sunderland, said:

“Learning about these women, whose working conditions were harsh and hazardous to say the least, and the incredibly labour-intensive work they carried out, has been fascinating.

“And they did it all under the constant threat of being bombed because the shipyards were Hitler’s prime target!

“The women would carry out dangerous and backbreaking jobs such as welding, riveting, burning and rivet catching, as well as general labouring, operating cranes, and painting – and then go home and look after their families and children – all the while worrying about their husbands and loved ones who were away at war.”

The Shipyard Girls series focuses on the lives of six women, who go to work in the shipyards after the men down tools and go off to fight for King and Country. Nancy, whose own family worked as platers in Sunderland’s once world-famous shipyards, said: “Though the characters are fictional, the shipyards and places they inhabit, as well as the bombings they face, are based on fact.

“During my research I have been lucky enough to find a few women who were employed in the shipyards in Sunderland during the war. What struck me straight away with all of these women was that as soon as they started chatting about their time working in the yards their faces instantly lit up as they recalled the memories they had.

“It was also telling that the first words all of them spoke about their experiences were to describe the playful banter, the bonds of friendship that developed between workmates and a strong sense of camaraderie. Funnily enough, I set about creating these characters and have come across real women whose lives are similar and some of their stories you couldn’t even make up, it’s become a case of fiction mirroring real life.”

One of the real life women mentioned in the ‘Historical Notes’ of the Shipyard Girls in Love is welder Florence Collard, who worked at Bartrams during the war, who Nancy discovered in the archives of her local newspaper, the Sunderland Echo.

It is that kind of indomitable spirit that Nancy says is something she hopes she has been able to reflect in her saga series, which is so far proving to be a great success, with the latest instalment Shipyard Girls in Love making it into the Sunday Times bestsellers list

Nancy, who moved back up north with her husband Paul, and Bull Mastiff Rosie, to write her novels, says the women’s role in winning the war, by working in what was once ‘The World’s Biggest Shipbuilding Town’, should not be forgotten.

“The Sunderland yards produced a quarter of Britain’s merchant shipping at the time, causing it to become one of the most heavily bombed towns during the war. It’s a known fact that without the shipyards, the country would have been forced to surrender, as the cargo vessels and warships being built were essential for transporting food, fuel and troops.”

Sunderland shipyard workers, both male and female, won Royal and political praise for helping to keep Britain supplied with food and fuel through their shipbuilding skills.

“It is a really sad omission in our history books that the remarkable women who did some of the most dangerous work in both the First and Second World War, have now died with little recognition or praise for the work they did and the conditions they encountered. I hope that my books will shine the spotlight on these brave and inspirational women.”

To honour the women, Nancy has dedicated her fourth book Shipyard Girls in Love ‘To the Seven Hundred Women who worked in the Sunderland shipyard during World War Two.’

Shipyard Girls in Love is out now in paperback and is available from Amazon at £6.68. www.amazon.co.uk