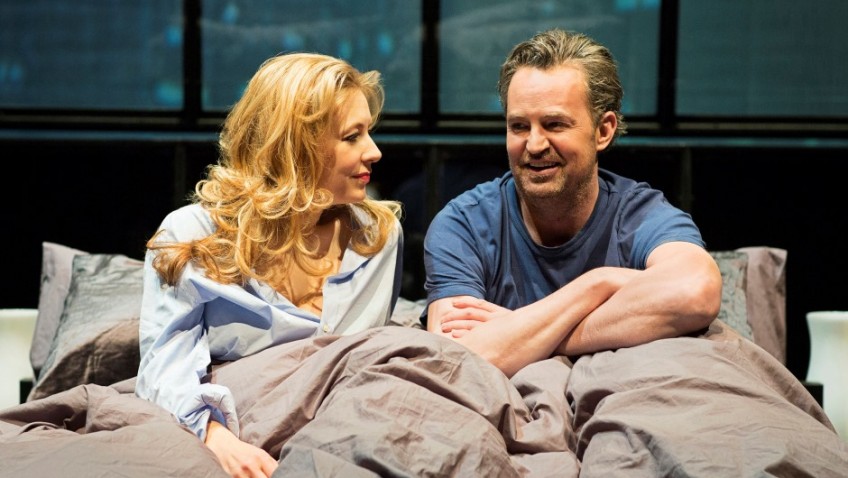 Matthew Perry, best known for his performance in the extremely popular NBC TV series, Friends, has written his first play and it feels like a pilot for a TV series.

Director Lindsay Posner and his designer, Anna Fleischie, attempt to make The End of Loving stage-worthy but everything, including the expert acting, smacks of television. Perry plays a professional alcoholic who falls in love with an expensive prostitute (Jennifer Mudge); and when I say expensive I mean really expensive. They both promise not to persuade the other to give up their drinking and whoring.

His best mate (Lloyd Owen), who is not so bright but is a much nicer person, gets her best friend (Christina Cole), a neurotic, pregnant and there are complications.

Perry had a drink problem in real life and he has admitted that the character he plays is a slightly exaggerated form of himself. He even has a confessional monologue which gets a round of applause.

The performance is highly accomplished. He has loads of charm and knows how to deliver the one-liners. There is a lot of swearing. His fans will no doubt be delighted. Regular theatregoers will probably want something more, something less superficial.