Home / LIFESTYLE / REVIEWS > / THEATRE REVIEWS / How many innocent people have been hanged? 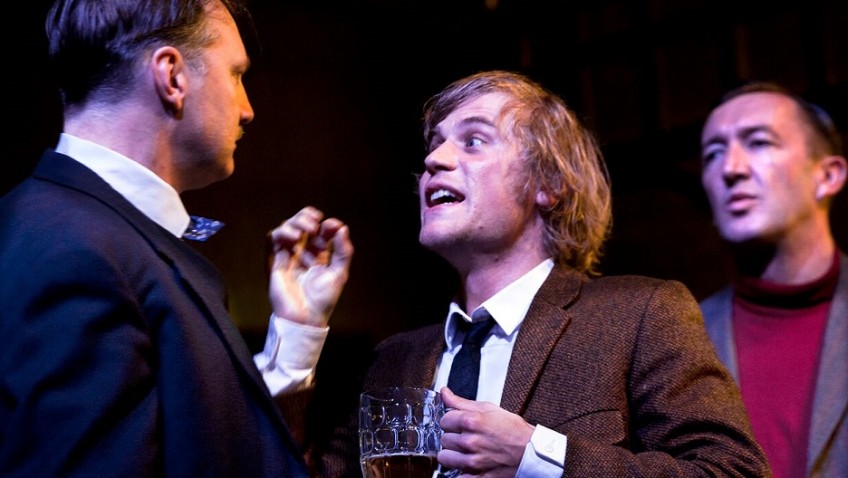 How many innocent people have been hanged?

Martin McDonagh, famous for the Leenane trilogy and the film thriller, In Bruges, returns to the theatre after a ten year absence with a black comedy about miscarriages of justice.

The opening scene shows a young man in prison in 1963, convicted of murder, going to his gallows death, protesting his innocence. Two years later capital punishment has just been abolished and the hangman, the second best-known hangman in the land, second only to Albert Pierrepoint, is out of a job.

The action takes place in his seedy pub in Oldham, which is frequented only by riff-raff. A local journalist interviews him and he boasts he has hanged 233 people. It could have been more if only he had been asked to hang Nazi war criminals.

His former deputy wants to take his revenge on him for the humiliations he has suffered at his hands in the past and hatches a plot.  It wouldn’t be a McDonagh play if there were no violence. The script is witty and the cast has a ball.

David Morrissey is the whiny, arrogant, stupid, cowardly dickey-bow publican, the personification of the adage: once a hangman always a hangman.  Reece Shearsmith is the deputy, a weedy pervert, who has been in prison for six months for distributing obscene magazines.

John Hodgkinson taking forever to button up his overcoat is a key moment in Matthew Dunster’s gripping production.

Johnny Flynn has a role to die for. He plays a young man who is charming and menacing at the same time. Could he be a murderer? McDonagh has given him some really funny lines and Flynn delivers them with cocky panache. His offensive remarks about Oldham, Scottish tarts and the publican’s beer are particularly enjoyable.