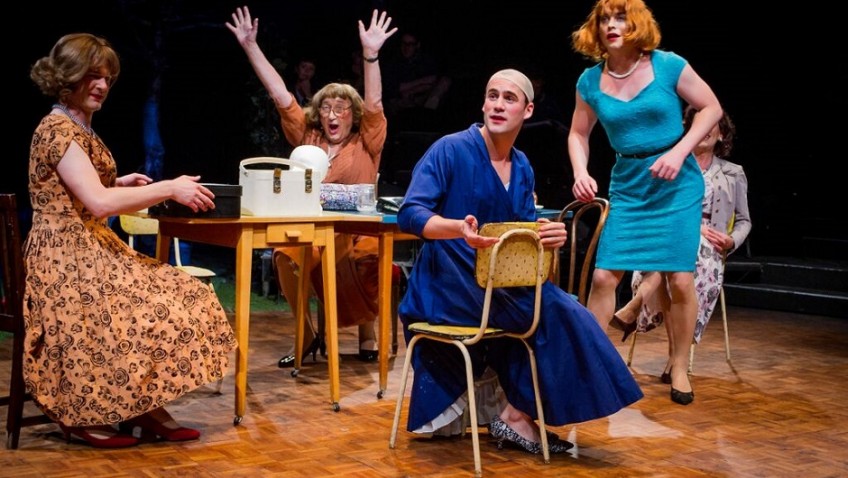 Those who have not made up their minds

American playwright Harvey Fierstein is the author of the Torch Song trilogy, Cage aux Folles andKinky Boots. So when it comes to cross-dressing he knows what he is talking about.

The actress Mrs Patrick Campbell famously said that she did not mind what people did so long as they did not frighten the horses.

Fierstein sets his polemic in 1962 in the Catskills Mountains of New York. Seven heterosexual American men spend a weekend in a country retreat dressed as women. They are not gay. They are not drag artists wanting to look gorgeous. They are blokes who like dressing in women’s clothes. The same point is made in Francois Ozon’s film, The New Girl Friend, starring Romain Duris, which is released this week on DVD.

They are cross-dressers not transvestites. But will the public, and indeed the horses, know the difference?  Some audiences might be more comfortable with Les Ballets Trockadero de Monte Carlo which is at present at the Peacock Theatre and will be touring the UK throughout October and November.

Casa Valentina is a mixture of polemic and debate. Should these married men comes out of the closet and declare publicly they are cross-dressers? Is this fair on their wives and children? Should they admit gays to their circle? The oldest member of the group (Bruce Montague) talks the most sense.

Fierstein hammers away for two-and-a-half hours. In passing he mentions Chevalier D’Eon (1728-1810), the French diplomat and spy, who passed himself off as a woman for 33 years and it wasn’t until he was dead that everybody knew for certain he was a man. Now, has anybody turned his/her story into a play?