Home / NEWS / Use your loaf 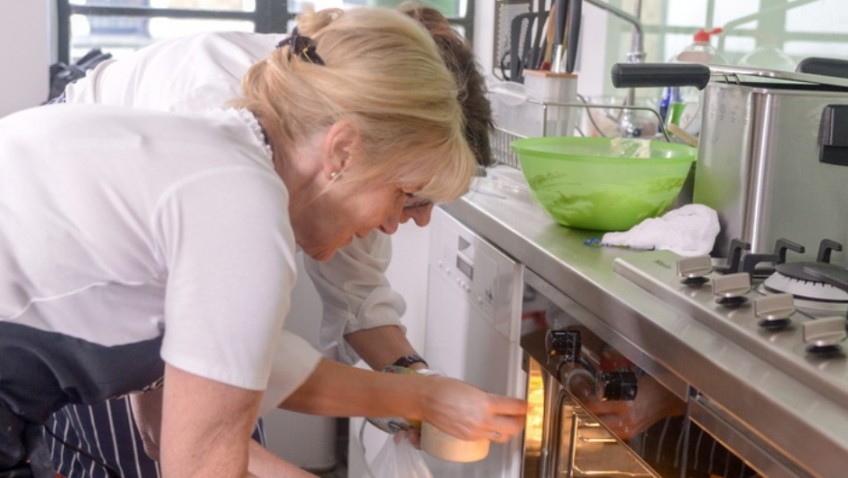 Food fans who raved over a slap-up feast prepared by Great British Bake Off champion Nancy Birtwhistle were left stunned when she revealed the main ingredient – stale bread.

Bake Off queen Nancy joined forces with national charity Love Food Hate Waste to create a menu with one requirement – each course had to contain bread which had gone stale.

They cooked up the idea after figures revealed that 24 MILLION slices of bread are thrown away in the UK every day – with one in five Brits  binning a loaf without even opening it.

Diners turned up for the three-course meal at a pop-up restaurant in London’s Borough Market to find out the ingredient in all three courses was stale household bread. 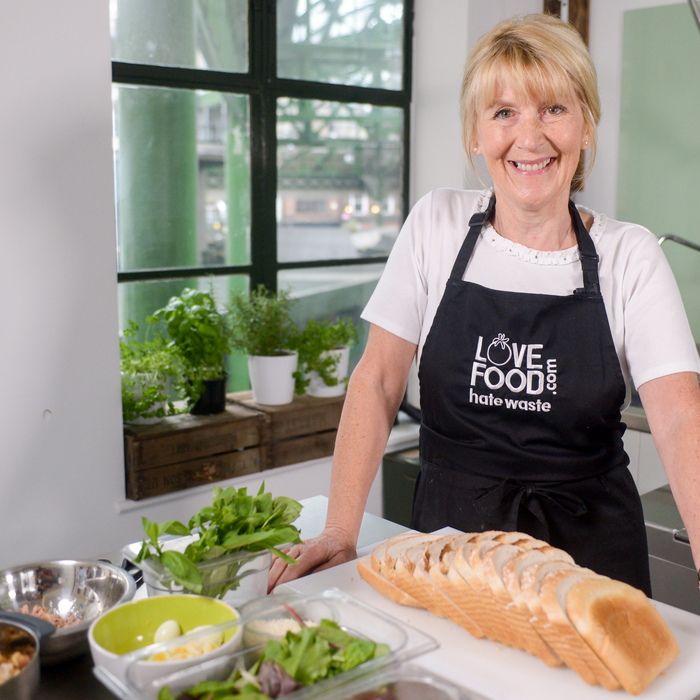 It was only after Nancy had supplied a niçoise salad for starter with black olive croutons, moussaka with a breadcrumb topping for main course and a summer terrine for pudding, that they were told the bread was stale.

Nancy, 60, said:   “There’s an assumption with people, my family included, that stale bread means ‘gone off’ bread, fit for the bin.

‘’But in actual fact stale bread is an ingredient, and we need it for every course in the menu I cooked today.

“It wasn’t until I came out of the kitchen at the end of the meal and revealed that stale bread had been used in each dish that they all gasped! But though the bread was stale, they raved about how much they enjoyed it.’’

Nancy, who impressed the judges of last year’s Bake Off with her no nonsense approach to baking, has spoken frequently on the importance of being thrifty with food.

Diner Holly Harwood, 25, a production assistant from London, said ‘’I really enjoyed the meal, the terrine was my favourite. I didn’t even realise it was bread as it tasted more like cake. 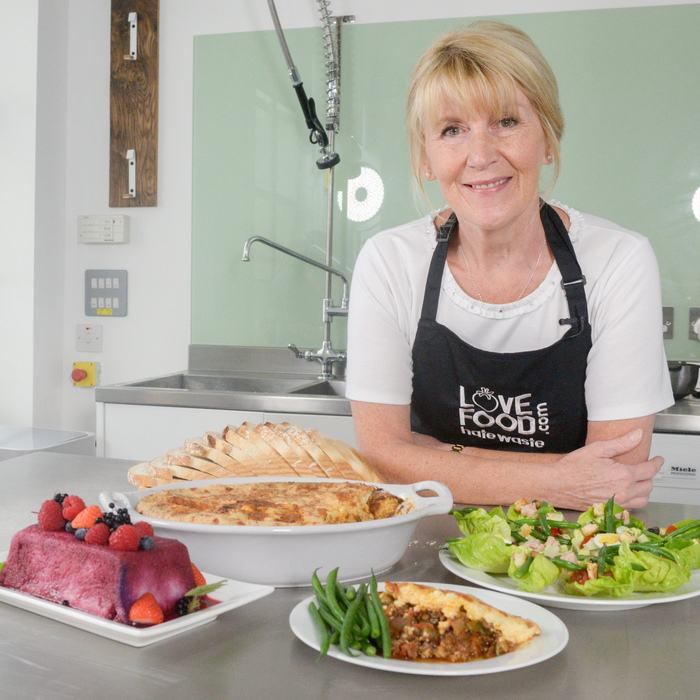 ‘’I know that stale bread is often used in cooking and it shouldn’t bother people, because when prepared properly it tastes really good.

‘Maybe those who aren’t into cooking would be wary, but if they tried it they’d probably love it.

‘’I freeze bread a lot, but after today I’ll definitely think about other things I can use it for.’’

Clare Morfin, 48, a business development director from Great Dunmow, Essex, said:  ‘’The nicoise salad was excellent; you could really taste the olives in the croutons.

‘’I think we’re all a bit guilty of throwing too much bread away, and with the economic climate we have in Britain right now it’s great to learn of new ways to make it go further.’’

Chef Nancy joined forces with Love Food Hate Waste to take part in the Use Your Loaf campaign to help us all to make more of our bread.

Their latest figures [2013] revealed that around 24 million slices go to waste every day in UK households.

The charity conducted a survey of 2,000 households earlier this month which showed that almost 20 per cent have thrown away bread without even opening it.

A quarter admitted they often discard bread rather than using the whole loaf and 30 per cent throw away the crusts most of the time.

Emma Marsh of Love Food Hate Waste said: ‘’We are a nation of bread lovers; from the classic sandwich to good old fashioned beans on toast.

‘’It is shocking to think of all that bread going to waste each year just from our homes.

‘’That’s why we are thrilled to be working in partnership with Nancy to help the nation ensure that our beloved bread can be used in so many ways.’’

There are more tips, recipes and waste solutions at www.lovefoodhatewaste.com showcasing how we can all use our loaf.