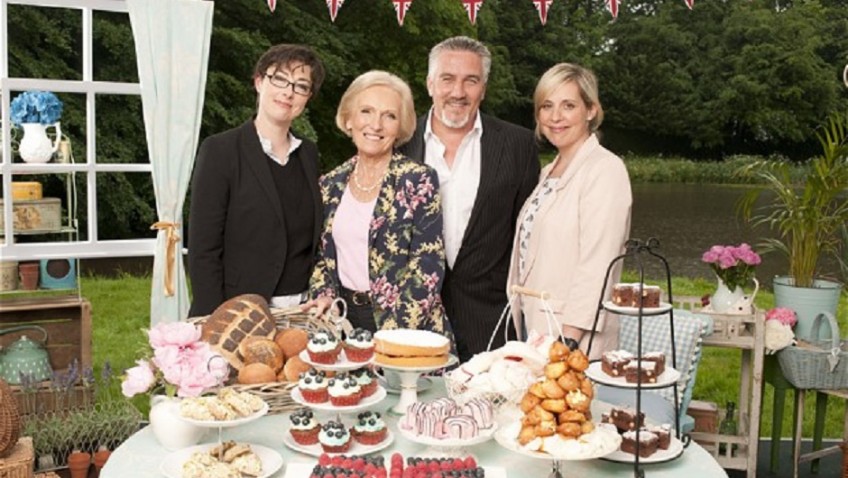 The Great British Bake Off

Five years ago The Great British Bake Off launched on BBC2 to doubtful reviews, but it’s been back for a sixth series and is watched by viewers in almost 200 countries.

When it first arrived with its marquee and culinary double entendres, it did not look as though it had any of the ingredients of a global hit TV show.

Originally turned down by broadcasters, and given an unenthusiastic reception by some critics, it might have been expected to fade quickly from view. But the show has not only proved a huge domestic hit, it is now the BBC’s third most popular TV format that is sold abroad.

The Great British Bake Off, which features Mary Berry and Paul Hollywood guiding contestants through a baking battle, is now made in 20 countries who have their own versions. They include Brazil, where it is called Hands in the Dough, and Italy, where its title Dolce in Forno means Sweets in the Oven.

Despite the title changes the overseas versions are essentially the same, though some tweaks are necessary – in Sweden, the weather means it is not filmed in a tent.

During the last series, the show even made it on to BBC2 current affairs show Newsnight after it created a stir over a baked Alaska dumped by a contestant.

However, Love Productions spent five frustrating years repeatedly pitching to broadcasters before Bake Off reached the screen and even the presenters Mel Giedroyc and Sue Perkins thought it might flop.

Mel revealed last year they initially turned the job down: “Neither Sue nor I thought it would work. Because it didn’t, on paper. A show about baking? What?” Yet its ratings have risen as well as one of Paul Hollywood’s loaves, helped last year when the show was switched from BBC2 to BBC1.

Bake Off’s commissioning editor, Clare Paterson, thinks the reason for its success is that it represents a safe haven in an often harsh world. “What’s not to like about it? It’s something viewers can sit down and watch with coffee and buns and laugh at the puns. It’s just incredibly lovable. There’s something about it that makes people feel good.

The programme “feels like a phenomenon that is still on the rise”, said Charlotte Moore, the controller of BBC1.

“It’s very joyful – it came out of a time when the country was deep in recession – and I think there is something brilliantly warm and pure about it,” said Moore, seeking to explain the series’ extraordinary popularity.

“It might be about baking and putting things in the oven but actually you are on the edge of your seat,” argued Moore. “It creates tension out of something so simple – it makes you care that someone’s buns turn out all right, or their cake rises like they want it to. It’s a very intense personal drama.”

The show can also be unconventional. One episode last year was “all about waiting”, Moore remembered. “They had to work out when to take it out of the oven, and nothing happened for about six minutes. It was brilliant.”

The current series peaked with episode five, which was watched by 12.4 million viewers, narrowly behind the most-watched programme of 2015 to date, the final of Britain’s Got Talent on ITV, which reached 12.7 million.

Despite a perception that the programme is only popular with older viewers – the average age of BBC1’s viewers is 59 – almost a third of Bake Off’s audience are under-35s, according to the BBC.

By now we shall all know the result and who will be the winner. Was it your favourite contestant?