Home / LIFESTYLE / REVIEWS > / THEATRE REVIEWS / Would it not be a good idea if the victim decided on the punishment to fit the crime? 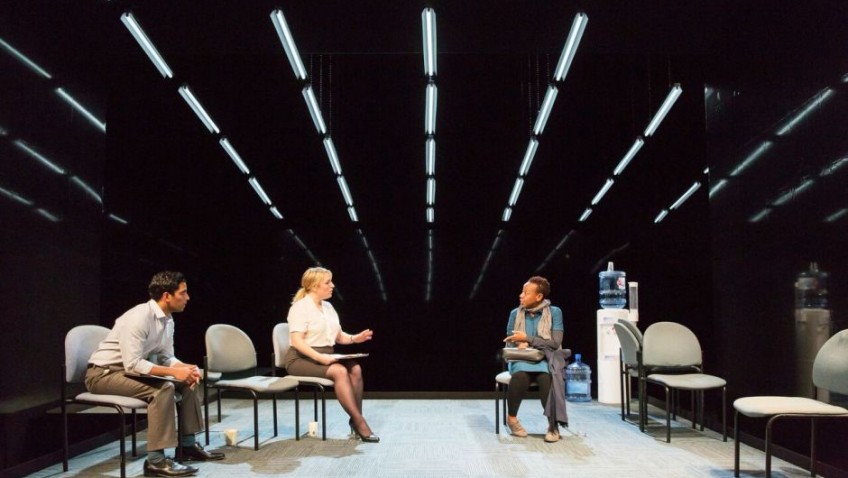 Would it not be a good idea if the victim decided on the punishment to fit the crime?

A terrible unnamed crime has been committed. The penalty is death. The victim, a severely traumatized middle-aged black woman, is allowed to decide on the method.

It’s a big decision. The pressure is enormous and she is increasingly nervous.

There is a goodly choice of lethal injection, gas, firing squad, beheading, electric chair and hanging; every luxury in fact that money can buy.

The administrating officers are there to make her comfortable and reassure her; but they only succeed in doing the exact opposite. They try hard to do everything by the book and cock everything up.

Debbie Tucker Green’s writing has a distinctive style and she gives the victim (played by. Marianne Jean-Baptiste whom you may have seen on TV in Broadchurch) a series of heightened monologues in which she recounts the horrendous life she and her husband and children have led since the crime was committed.

Claire Rushbrook and Shane Zaza are very amusing as the hapless and inadequate officers putting their foot in it and becoming more and more compromised.