Home / LIFESTYLE / REVIEWS > / THEATRE REVIEWS / But what if the train kept going forever and ever? 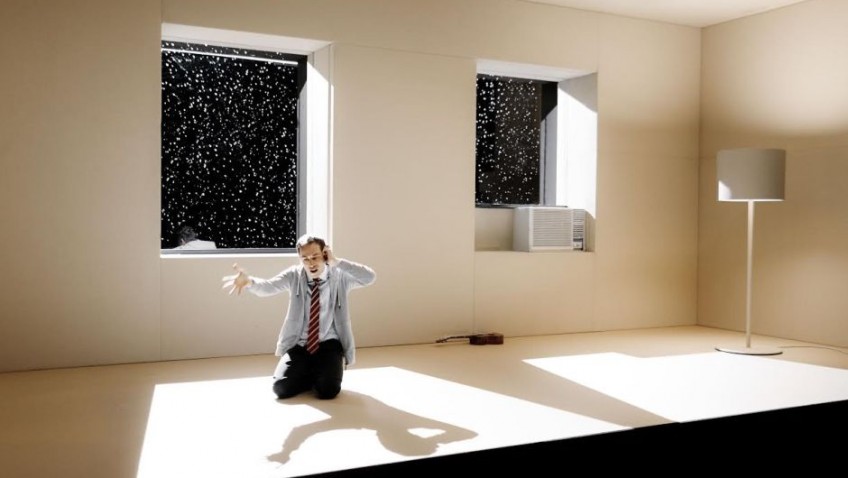 But what if the train kept going forever and ever?

A 34-year-old Danish banker, who is based in New York, returns home to Amsterdam to attend the funeral of his brother who has died at 22 of a heart-attack. His grief is increased by feelings of guilt.

The homecoming is not easy. His relationship with his father and mother has always been strained and becomes even more so when they wish he had been the one who had died.

Simon Stephens’s script is written in a series of letters to his late brother, a record of fact and at the same time a search for the meaning of life, which, in a key passage, he likens to a miserable train journey which never reaches its destination.

Danish director Ivo van Hove, who directed the highly successful revival of A View from the Bridge at the Young Vic, has turned the letters into a 75-minute play, which is acted straight through without an interval and is set is a bare hotel room.

Danish actor Eelco Smits, speaking in English, reveals all, emotionally and physically, standing before us absolutely naked for much of the time.

It is the sheer detail which the actor and the director bring to the monologue which makes the staging so effective. The performance, versatile and varied, a tour de force, ends with a haunting song by Mark Eitzel.