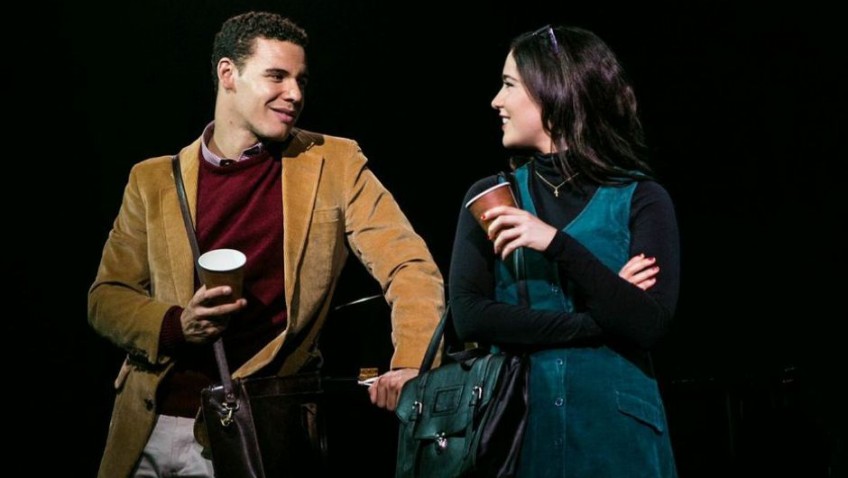 What can you say about a twenty-five year-old who died at 25? Stephen Clark and Howard Goodall turned Eric Segal’s novel into a boutique musical and sang it.

Sasha Regan’s enjoyable production is its first London revival since its premiere at Chichester and a brief West End run in 2010.

Segal wrote Love Story first as a screenplay and he then recast it into a best-selling novel. The film, which starred Ryan O’Neal and Ali MacGraw, got truly terrible reviews; but proved immensely popular with audiences. It was the number one blockbuster of 1970.

A rich boy and a poor girl have an idyllic affair in the 1960’s. She gives up a career in music and a scholarship to study in Paris in order to marry him. And then, as everybody knows, she dies of leukemia.

“Dying,” she says, “is like falling off a cliff in slow motion.”  Would the marriage have worked had she lived? Movie audiences wept buckets. They used to issue tissues with tickets at the cinemas.

Goodall’s music is very easy to listen to, without being memorable. Clark’s dialogue is snappy and David Albury and Victoria Serra give likeable performances as the lovers.

Union Theatre will be staging another Howard Goodall musical, Girlfriends, in November.