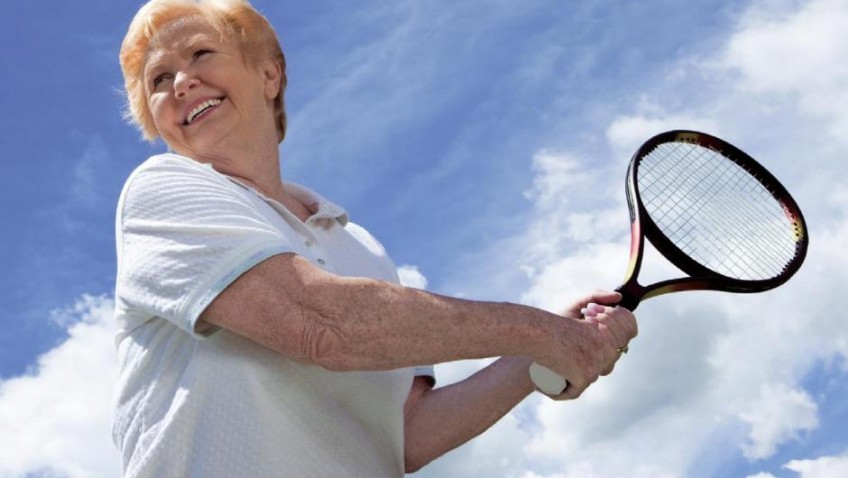 Let’s go out and play!

Taking up exercise in your 60s will still help stave off major ill health and dementia, research suggests.

The study in the British Journal of Sports Medicine followed 3,500 healthy people at or around retirement age.

Those who took up exercise were three times more likely to remain healthy over the next eight years than their sedentary peers.

In the study, those who had regularly indulged in moderate or vigorous physical activity at least once a week were three to four times more likely to be healthy agers than those who had remained inactive, even after taking into account factors such as smoking.

Physical activity does not necessarily mean going to the gym or going for a run – gardening or walking to the shops also counts, but taking up a sport is more fun.

The Department of Health recommends all adults, including those over 65, do 150 minutes of physical activity a week.

With the weather warming up and the summer sporting season upon us it is time to think about taking up an occupation that will get some fresh air in your lungs and your competitive instincts activated.

Sport is the ideal way to get motivated and there are plenty of games that can be enjoyed by all ages.

If you are unable to run, jump or throw as far as you used to but still want to get involved have a look around your local area and I am sure you will find a suitable sports club.

How about a Bowls club? Often bowling has a reputation for being only for old people but you only need to watch the competitive matches on the television to see how spirited it can be.

Other similar sports are available and you might want to become more European and join other players for Boule, Bocce or Petanque. These bowling type games take place on any type of ground in French and Spanish villages and the mostly male participants often play nosily outside a bar.

Archery is also a popular outdoor pastime and provides opportunities for all in a number of ways. There are four disciplines where the shooting format differs:

More information can be obtained from www.archerygb.org

Hashing Don’t worry; we’re not encouraging you to do anything illegal! But do you like walking, jogging or running? Do you want to meet people and join a very sociable group of people? If so, hashing could be for you.

It’s a form of activity that allows walkers, joggers and runners to go out together. It’s non-competitive and great fun. It has become a worldwide pastime and in the UK there are about 120 clubs.

The idea is that there are hares (usually two) who go out before the hash and lay a trail with blobs of flour – like an old-fashioned paper chase.  A well-laid trail will allow everyone, whatever his or her speed of progress, to finish the has at about the same time.  The route is
almost always circular and, in the UK, starts and ends at a pub, so there is then the chance of some serious socialising

So if you want some exercise, some fun and the chance to meet some new friends in a very friendly environment, think about hashing. Go to the www.hashhouseharriers.co.uk website where you can find the nearest club to you and a bit more about hashing.

Another old game which remains popular is croquet and if you have ever played it competitively you will know it can be a ruthless game.  Physical strength is not as important as accuracy and low cunning.