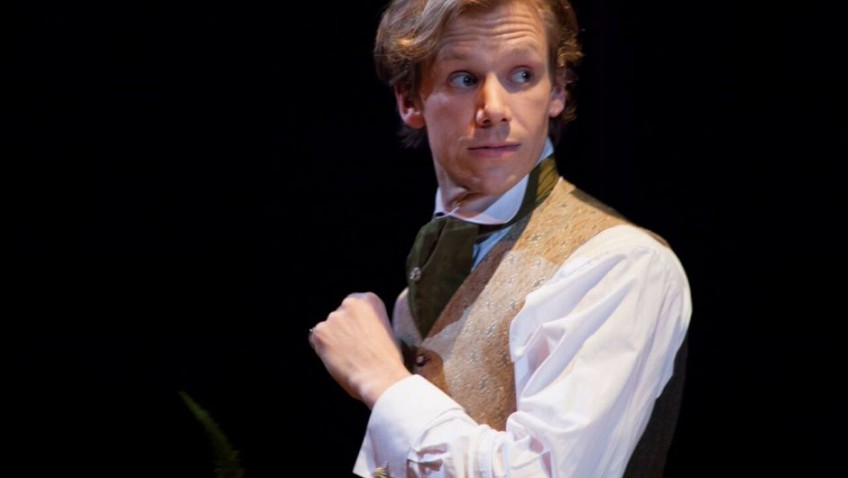 Oscar Wilde’s novel never reveals the exact nature of Dorian Gray’s hold over his male friends, though there were few in 1890 who couldn’t guess.

Those who did review said it was “suitable reading for outlawed noblemen and perverted telegraph boys.” The last comment was a direct reference to the Cleveland Street male brothel scandal of 1889.

So much of Oscar Wilde is in his novel. He bares his soul and his homosexual predilections with epigrammatic wit and Gothic horror; and he foresees his own scandal five years late. The novel did him immeasurable harm and was used against him during his first trial.

“Youth,” said Wilde, “is the one thing worth having.” Dorian (who has the physical features of Bosie Douglas, Wilde’s lover) sells his soul for the gift of eternal youth and indulges his passion for pleasure and sin.

Dorian, an Adonis, an Onan, enamoured with his own beauty, reads Huysmans’s À rebours and leads a vile and murderous life. Thirty years of debauchery leaves its mark. The conceit, however, is that the profligacy and degradation are visible only in the portrait, which becomes the emblem of his conscience, a monstrous and loathsome thing to be locked away in the attic.

There have been numerous productions of The Picture of Dorian Gray on stage, film and television. There have been operas, musicals and an amazing number of ballets. None has really succeeded. Most have been calamitous.

Guy Warren-Thomas, an actor of considerable promise, plays Dorian. This means that Rupert Mason, Gwynfor Jones and Helen Kelley have to play all the other roles between them and this leads, inevitably, to awkward gaps between scenes, frantic changes, men in drag, and superficial and inadequate casting. Better to have no Sybil Vane than have her played by an actress who is at least twice Sybil’s age.

It might have been better, given the financial restrictions, to have written an adaptation for three characters. Wilde’s story could, I am pretty certain, be told with just Dorian, Lord Henry Wooton, the cynical dandy who has all the famous epigrams, and Basil Hallward, the portrait painter who idolises Dorian.

“Basil Hallward is what I think I am,” said Wilde. “Lord Henry is what the world thinks me. Dorian is what I would like to be – in other ages, perhaps.”