Home / LIFESTYLE / REVIEWS > / FILM REVIEWS / A star is born. There is no lip syncing on Jessie Buckley’s road to the Grand Ole Opry 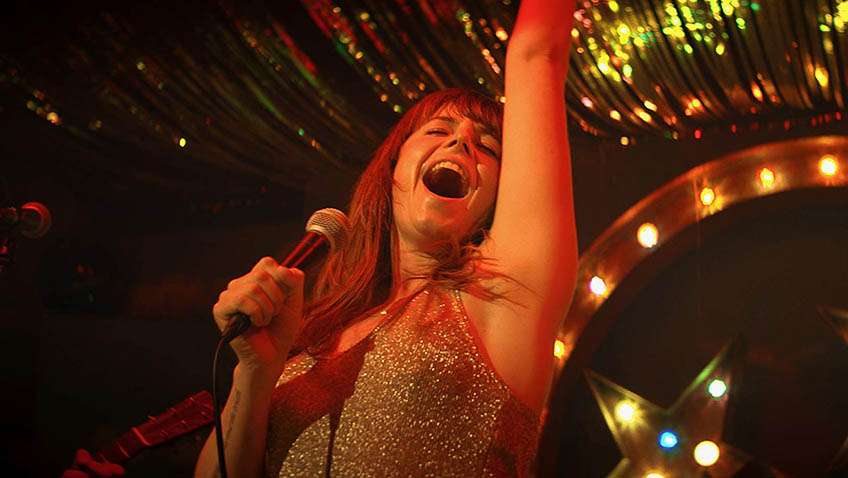 A star is born. There is no lip syncing on Jessie Buckley’s road to the Grand Ole Opry

When Letitia Wright won the BAFTA Rising Star Award earlier this year, nominee Jessie Buckley applauded with a big smile on her face that looked genuine. Buckley had no use for the award: she was already a star and, with Wild Rose

(which was shown at the London Film Festival in October) already creating a buzz, she must have known it. Her acting talent was established in television roles such as Taboo and Woman in White and, last year, in her breakthrough feature, Beast. But in a role that demands more range and depth than Beast, not to mention singing, Wild Rose

has turned Buckley into a kind of female Hugh Jackman (like Jackson, she has an extensive CV of stage musicals), exuding acting and musical talent along with charisma. Did I mention that Buckley wrote some of the songs in the film and plays the guitar?

The delay in the release has made Nicole Taylor’s cliché-dodging script even more relatable with the recent publicity about James Cracknell putting his ambitions and dreams above his family responsibilities. For Wild Rose

is a ‘mature’ coming-of-age story about a single and single-minded mother driven by her dreams of being a country singer, but continually dragged back to the real world of family responsibility.

Rose-Lynn Harlan parades out of a Glasgow prison after serving a year for an impulsive drug offence. ‘You’re going to be the next Dolly Parton’, someone shrieks. It’s music to Rose-Lynn’s ears, and if Rose-Lynn’s fringed white leather jacket and cowboy boots help her reach for the stars, her ankle tag drags her back to earth, and earth is 3,923 miles from Nashville.

What waits for the parolee in Glasgow is the reality of a 24-year-old working class girl with little education, no money, a prison record and two young children whom she barely knows. The children have been living with their grandmother, Marion (Julie Walters, excellent), who works in a bakery and has had to make her own sacrifices to care for them.

That Rose-Lynn’s first port of call is her sometime boyfriend Elliott’s (James Harkness) flat for some long-lost sex might not be surprising for a woman who had her first child at 16. But perhaps she is trying to postpone the return to another form of jail: a menial 9 to 5 job to pay the rent and bring up a five and an eight-year-old.

The relationship between Marion and Rose-Lynn is at the heart of the film, and is drawn convincingly by first-time feature script writer Taylor (whose TV miniseries, Three Girls, suggests a strong writer of female roles). Marion provides the first clue that the film is not going to follow the pattern of the rags-to-riches or triumph over adversity movie, complete with stock characters who are either villains or angels.

Marion recognises her Rose-Lynn’s talent, and having been forced to work in a bakery from a young age, wants more than that for her daughter. At the same time, she knows that Rose-Lynn, who has already made her own mistakes, has to learn from them and take responsibility for them. She has to grow up: not just to be a woman and a mother, but to be a singer.

So Marion’s main objective is for Rose-Lynn to be a mother to her children and get a job to support them. Marion suggests a cleaning job. Defiantly dismissing her mother’s low ambitions for her, Rose-Lynn returns to Glasgow’s country music bar to reclaim her former job. That plan is wrecked when Rose-Lynn starts a fight with the man she suspects has taken the job and she gets thrown out.

Eventually Rose-Lynn shows up for work as a cleaning lady at the mansion of Susannah (Sophie Okonedo), a businesswoman with two children and a husband who proves far less sympathetic than Susannah does when, later in the film, he discovers that she has not been honest about her past.

Despite dipping into the liquor cabinet and taking a break while alone in the house, Rose-Lynn does enough work to strike up a kind of friendship with Susannah, made all the more interesting by the casting of a black actress as the employer of a proud, white British servant. In case you haven’t noticed, men play a minor role in this female-dominated film and even director Tom Harper wisely lets his actresses shine.

Susannah might be the least convincing character in the film, but there are people like her. And the film needs her. It is in the feel-good scenes when Susannah’s children hear Rose-Lynn sing while doing her housework and alert their mother that you suspect the ‘triumphant’ template will kick in.

Susannah asks Rose-Lynn what she likes about country music (Rose-Lynn admonishes anyone who calls it Country Western). Rose-Lynn replies, ‘three chords and the truth’ – a big purple, pompous line that few actresses could utter as naturally and artlessly as Buckley. Rose-Lynn’s heavily-edited sob story and Susannah’s compassionate nature spur the do-gooder into helping to launch this raw talent. Susannah is only too happy to use her many contacts and arranges for Rose-Lynn (and the band she must assemble) to play at a big function in her garden.

We have been primed to expect this event will be the making of Rose-Lynn, and even in the face of a sudden family emergency we are hoping – and expecting – that somehow Rose-Lynn make it to the party and wows Susannah’s guests.

And even when Rose-Lynn does make it to Nashville, it is not on the wings of a contract, but with the help of her mother.

While it is refreshing to have the predictable template destroyed at every turn, this, too becomes a repetitive pattern, and the denouement and climax do turn slightly soppy with life lessons learned and, conveniently, everyone having been proven correct. It might feel like a cop out, but when Rose-Lynn returns to a packed house at Glasgow’s Grand Ole Opry and belts out a song she wrote called No Place Like Home, you can only join in with the applause. A star is born.