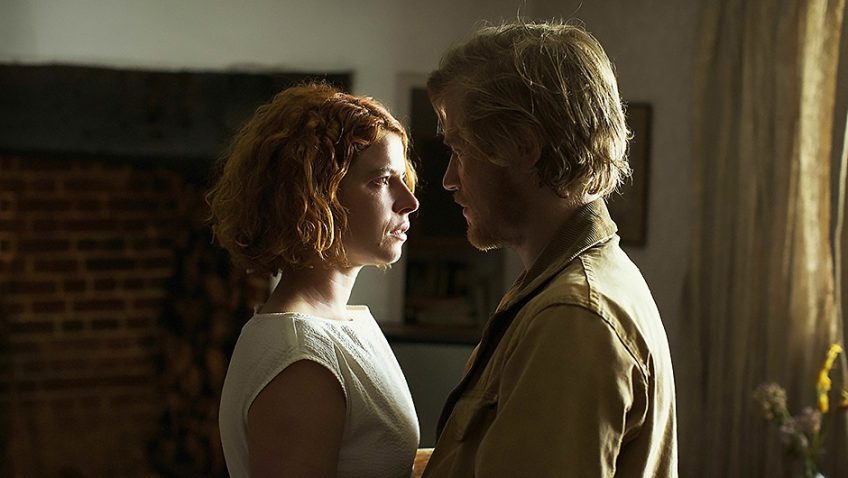 This taut psychological thriller set on the Isle of Jersey

Most debut features from a writer/director that begin with voiceovers are not this good. Too often, they are a sign of an adaptation or just lazy writing. And even here, we probably do not need pretty, redheaded Moll (Jessie Buckley) telling us, ‘I was obsessed by killer whales when I was a kid; they were always smiling. In captivity, their sound waves bounce off the walls and they go deaf. Then they don’t smile anymore.’ There is something struggling to be free in Moll when we see her: tense, unsmiling, and uncomfortable in the back garden of her villa on the isle of Jersey where her mother, Hilary (Geraldine James) is hosting Moll’s 27th birthday party.

When Hilary asks Moll to fetch the champagne to celebrate the news of a couple expecting twins, she goes into the kitchen and pours herself a drink. Champagne for the twins; but not for her birthday? Ok, she is a bad seed and doesn’t deserve the champagne. The glass breaks and she squeezes a broken piece into her hand. Abandoning the party, Moll walks along the seafront to a nightclub and emerges in the early hours of the morning with an insistent young man who is intent on having sex on the beach. The rape is interrupted by a stone that captures the struggling couple’s attention. Her saviour is Pascal (Johnny Flynn) an unkempt, rugged blond in his early 30s; attractive in the way that bad boys ready to be reformed are. He has a rifle in his hand and Moll’s abusive date is out of the picture.

Pascal grabs Moll’s hand and indicates that she should get into his truck. ‘You’re wounded. I can fix it.’ The last time someone delivered these four words with such depth of meaning was a lonely dentist in love with his best friend’s grieving widow in Ricky Gervais’s Ghost Town.

Moll notices dead rabbits in the strangers’ van and questions the legality. There is a murderer on the loose and ahead of them is a police blockade. Moll supports Pascal’s alibi that the two had been at an all-night rave. Her confirmation of his statement creates a bond between them that is stronger than either one realises. 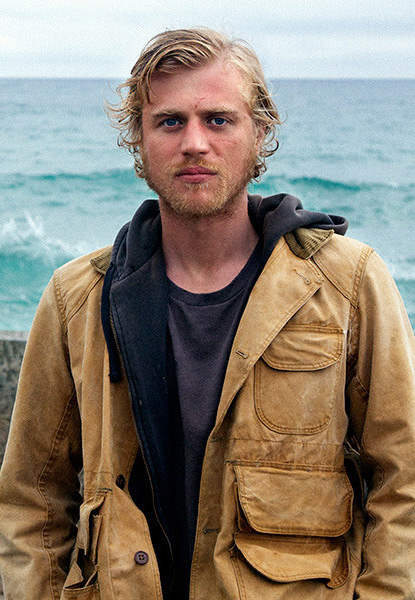 Pascal – they are now introduced – tells Moll that he is a craftsman. ‘I work with my hands,’ he says.  Again this ambiguity; again this fixation with hands. She tells him, that she is a tour guide on a bus.

At home Hilary is relieved to find Moll unharmed and then resentful that Moll would leave the party after all that she did to make it ‘special.’ Hilary then cajoles her: ‘You’ve come so far, Moll,’ as though she could not entertain a relapse. As Moll’s relationship with Pascal develops into something truly special, we put together the pieces behind Hilary’s concerns. Moll has been paying all her adult life for an ‘accident’ that resulted in a popular, pretty schoolgirl being stabbed with a scissors. This girl might have been a beast – a bully – but the blood and the scar are what people remember.

Pascal remembers Moll’s birthday and drives by her house with a gift – a book on animals – she had spotted in his truck. When Moll invites Pascal over to do odd jobs, she knows her snobbish mother will disapprove. Pascal finishes the carpentry work competently, but then drags his muddy feet on the carpet when he comes inside to be paid. He wipes a speck of food or dirt from Moll’s face in a sensual gesture, and then, with a Bruce Springsteen stagger, asks, ‘What to go for a ride?

When Moll returns from her date with Pascal, she gets a public reprimand from her mother for leaving her niece – whom she is supposed to have been babysitting – alone. The niece, who is far from young, does not seem to mind but Moll is forced to apologise for being selfish. Things do not improve when Pascal stops by as the family are sitting down to eat and she asks him to join them.

At the dinner table Pascal – whose name is clearly French – gets a grilling from Moll’s obnoxious brother about his background. He tells them that his parents are dead but ‘my ancestors came over with the Normans’ he insists and then, with an irony that pre-empts any reply, informs them, ‘you’re on my land.’ 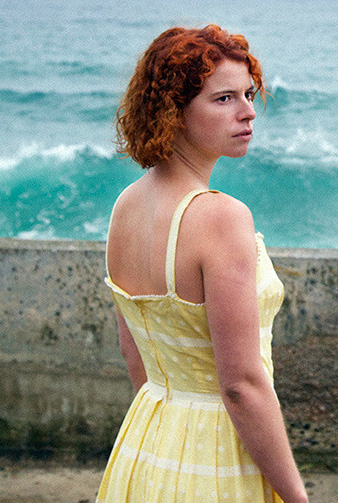 As the relationship between Moll and Pascal develops into an obsessive love affair, it becomes a symbol of Molls’ liberation from her suffocating family and from her past sin. After a fourth girl on the island is murdered suspicion turns to Pascal. While there are signs that Moll is starting to waiver, she not only defends Pascal, but moves in with him.

Like Richard Marquand in the 1985 thriller, Jagged Edge, Michael Pearce keeps us at the edge of our seat; and every time we begin to suspect that Pascal might be the ‘Beast’ in the news, we– taking our lead from Moll – find some tenuous reassurance. Then Pearce ups the ante by introducing a clever twist.

Notwithstanding last year’s tedious Love is Thicker than Water, South African-born actor/musician Johnny Flynn, is hot. He can be disarming, cagey and vulnerable with one look and his on-screen charisma is palatable. Irish musical star (A Little Night Music, BBC’s I’d do Anything) Jessie Buckley is arguably the most exciting actress around. If you saw her in last year’s BBC series, Taboo; are watching her in Woman in White or see her in Beast,  you will not be able to forget her. Whether it is her fresh, changeable looks, husky voice or her knack for playing two characters in one Buckley has a touch of star quality.

Seeing the two misfits living together in the rugged scenery of Jersey harks back to Terrence Malick’s feature film debut, Badlands. If Beast is not the masterpiece that Badlands was, it is still one of the most intriguing films of the year.

You can tell that Pearce is from The Isle of Jersey; not just in the way cinematographer Benjamin Kračun creates an atmosphere so visceral that you can smell the salt through the mist, but from the locations themselves. We see the island as Moll does, part prison; part Paradise; if wild nature represents freedom, it is not without danger.

Pearce makes two false moves in this taut psychological thriller. By making the family nasty and overbearing to the point of stereotype, it is too easy for us to back Moll when she moves out. Moreover while Pearce keeps us guessing to the end, the end goes on too long. The ultimate scene, that lacks the subtle tone of the rest of the film, is not the organic and satisfying ending the film deserves.