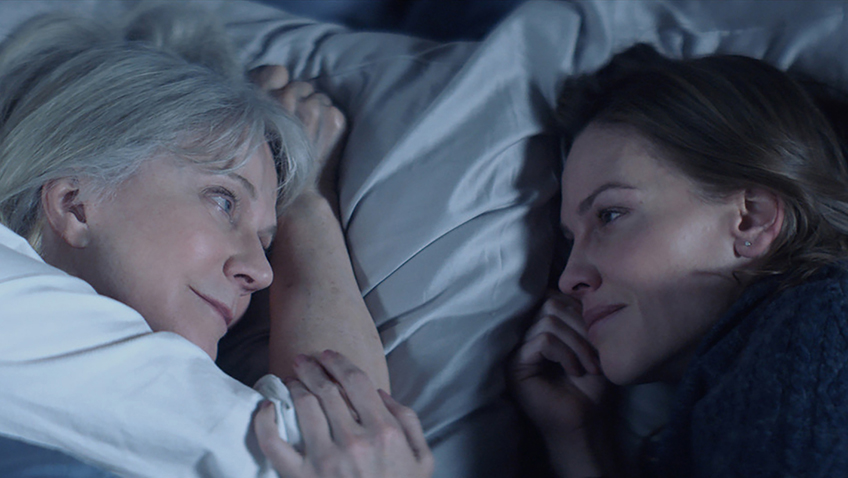 First time writer/director Elizabeth Chomko is one of a growing number of actors turning to directing, and Hilary Swank and Michael Shannon are joining the ranks of actors who are producing films they want to act in and see. That they have decided to come together to follow Away from Her and Still Alice in tackling the topical subject of Alzheimer’s is not surprising, given the authentic feel to Chomko’s autobiographical, female-led script. While there are strong performances from Blythe Danner, Hillary Swank and Robert Forster, Chomko does not avoid all the pitfalls of family melodramas centred on this dreaded illness.

Although it would be premature to put away your hankies, rest assured that Chomko’s film finds light-hearted moments in a sombre story of a family being torn apart over the best way to handle Ruth’s (Blythe Danner) worsening disorientation. Ruth has been happily married to Burt (Forster, wonderful) for nearly 50 years and the crux of the film is that it is Burt who refuses to contemplate putting his wife in a home. She is still ‘his girl’ and, a strong Catholic, he takes his vow of ‘til death do us part’ literally.

In introducing some humour into her script, Chomko draws comparison with Tamara Jenkins’ 2007 The Savages, a comedy-drama about a sister (Laura Linney) and brother (the late Philip Seymour Hoffman) who are forced to come together to care for their ailing father. The semi-estranged sister and brother in What They Had

When the film opens Ruth is walking out of the Chicago apartment that she shares with her husband Burt. It is a snowy night and she is wearing only her nightclothes so the audience is instantly alarmed. Burt does not call the police but his son Nick (Michael Shannon) who works in the bar that he has purchased with a friend as a new business venture. Nick notifies his sister, Bridget (Swank) who flies in from California with her daughter Emma (Taissa Farmiga).

Ruth is eventually found, and in reasonably good health. Her father had been a railway engineer and she had been trying to take the train to her childhood home. 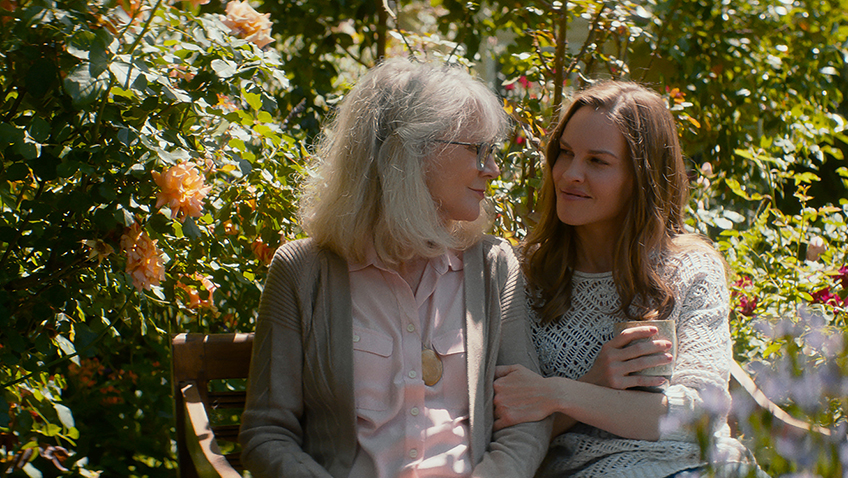 Blythe Danner and Hilary Swank in What They Had

Bridget is relieved when her mother seems to recognise her, until a nurse entering the room receives the same greeting. Nick is relying on Bridget to help him ensure that. this time, their mother is institutionalised as he cannot convince Burt that it is for her own good. This is not the first time she has wandered off, and not the first time that Burt, with his heart condition, cannot chase after her. But caught between her father, who is determined to keep his wife home and her mother’s lucid moments and all of their memories, Bridget prevaricates, angering Nick.

Chomko’s experience with her own grandmother’s dementia has given her insight into how families react and how such a life-changing disease affects the family. The home movies we see briefly in the film are Chomko’s. In terms of credibility, it helps that Danner and Forster give superb performances as the fictional grandparents and Swank reminds us that too many of the films she has made in the 15 years since Million Dollar Baby have not been worthy of her talent. Anyone who saw her in the brilliant miniseries Trust, as J. Paul Getty’s resolute mother, will be relieved that Bridget is, at least, a meaty role.

Chomko reminds us that a relative with Alzheimer’s does not exist in a vacuum. The world does not stop when the family is trying to figure out what to do. Bridget, Nick and Emma all have issues of their own. 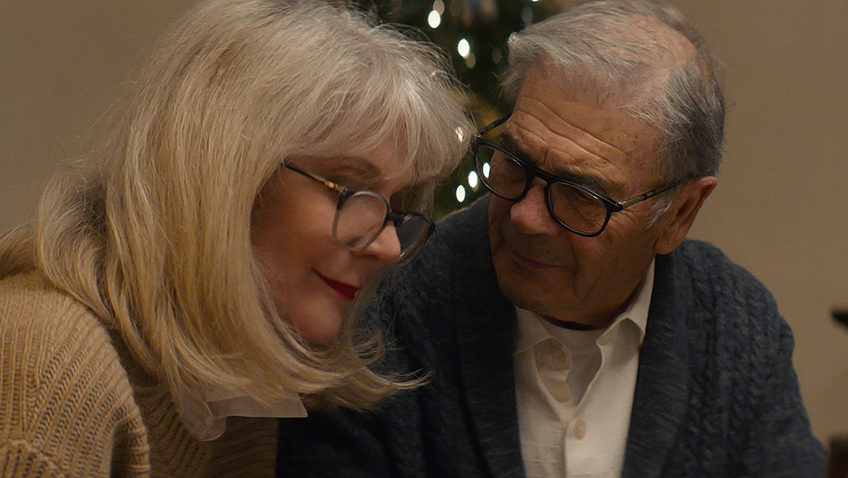 Robert Forster and Blythe Danner in What They Had

Reminded of the loving relationship her parents enjoyed and that her father refuses to relinquish, Bridget is all the more aware of her own unhappy marriage to caring, solid, wealthy, Eddie (Josh Lucas) who has stayed behind working in California. Burt tells Bridget that when she married him she ‘hit a home run’ and he engineers his daughter’s return to California. He not only wants to keep his daughter’s marriage together, but, back in California, she will not be actively supporting Nick’s effort to put Ruth in a home. Burt’s Catholicism might be another reason, but this religious difference between father and daughter is never developed.

Bridget also learns that Emma has been lying to her and has not enrolled in courses in her second year of university. A quiet, introspective and depressed young woman, Emma seems adrift and lashes out at her mother’s intervention although we never learn what her problem is.

Nick has problems, too. His business partner is not pulling his weight and the chicly designed bar, as we see when Burt stops by for one of Nick’s famous Manhattans, is empty. And Nick’s long-term girlfriend has split because Nick, despite being middle-aged, cannot commit.

While people do have messy and difficult lives, all of these sub-plots implode simultaneously and turn the film into a melodrama that tends to detract from the main theme more than they shed light on it. While these crises are under dramatised, a nice, and unexpected, touch is the arrival of Bridget’s school friend who she calls out to put locks on the doors. Bridget flirts with him, but when she admits she is married, he overcharges her for the job, and has to explain the large bill to her husband.

While Chomko attempts to restrain the sentimentality, more than one scene begins with a family member climbing into bed with other family members. This happens with little kids during thunder storms, but what’s with Bridget slipping under the covers of her grown daughter and her mother for late night tête-a-têtes?