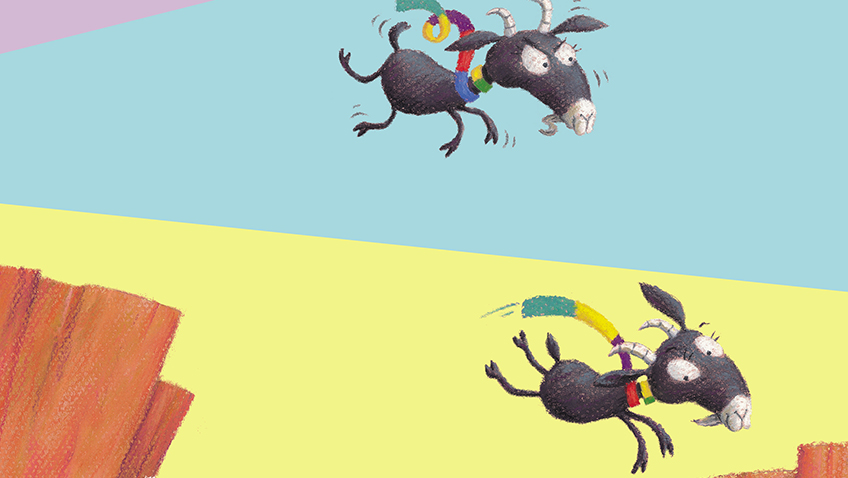 Over the years the group has enchanted and enthralled tots and adults alike with fabulously illustrated, beautifully orchestrated, brilliantly narrated, interactive musical tales that bring to life the trials, tribulations and happy endings of all manner of crazy creatures – anything from forlorn lion, itchy cat, unlucky duck, orchestral cows and dejected chimps to a 6-year-old knight in armour on a quest for golden underpants or joining swamp trolls in a boogie-woogie. This time the touching story of adorable little Giddy Goat is touring the land once more as Giddy conquers his fear of heights in a selfless rescue of a fellow creature and makes a friend for life.

Whether entertaining audiences of massed school children or weekend family groups, expressive narrator Polly Ives (of the sparkly shoes) takes charge with easy charm, endless enthusiasm and buoyant, friendly authority. She involves the children all the way – and the adults and musicians, too – practising choruses and actions before the full drama gets underway and eliciting eager responses to her quips and questions. Everyone joins in to point and clap or shout whee! as they ride down the hillside on tea-trays; they swing their acrobatic arms in big mountain goat leaps, throw balls and wield bats in a game of rock rounders, and cry when Giddy’s sad.

Extra musical treats are served up by the players with flourish and panache as they and their instruments are introduced. A busy, rousing Saint Saens Carnival of the Animals finale gives way to magical Harry Potter tinklings on the piano, to rich, round Elgar cello tones, to a Mozart horn that proclaims it’s certainly not lost, to an oboe dancing on Swan Lake and to a violin that gives a little Bach. There’s a competition, too, for the highest, the lowest and the longest notes. 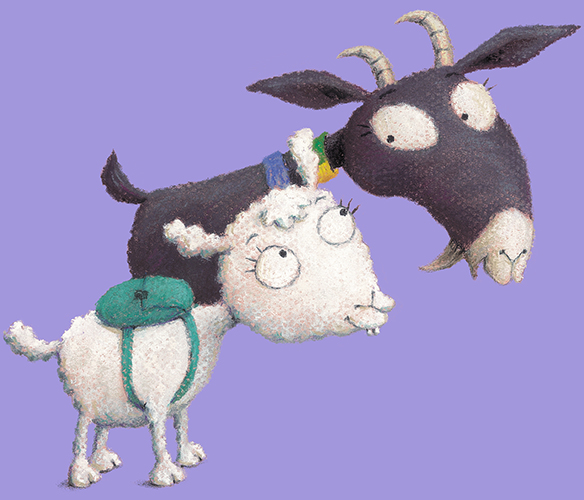 As backdrop to Polly’s lively narration of Jamie Rix’s Giddy Goat, Lynne Chapman’s endearing illustrations appear onscreen as the catchy music, specially composed by Music in the Round’s Composer-in-Residence, Paul Rissman, wraps delightfully round to enhance the mood, pace and drama of it all.

At the end of the forty-five minutes, further fascinating frolics follow in the buzzing foyer as kids and adults meet players and instruments close up. They’re invited to extend their interest and fascination at home, too, with the songs and activities available on YouTube and Music in the Round’s website.

In the evening, a different audience was inspired and impressed by Ensemble 360‘s virtuoso skills in a magnificent chamber music concert featuring Schumann, Reinecke, Strauss and Brahms, making for a joyful day of top-notch music-making for one and all. All wonderful stuff! No kidding!

Details of Ensemble 360 concerts and of children’s resource/activity packs can be found at www.musicintheround.co.uk