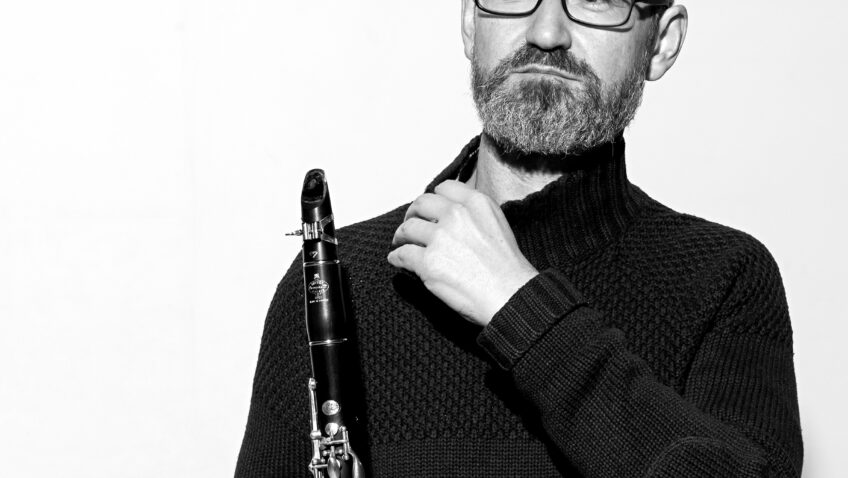 Clarinettist Robert Plane is the latest player to integrate his magnificent musical expertise into the magical togetherness of Music in the Round’s virtuoso line-up of Ensemble 360 chamber musicians, and he was kept pretty busy on his Doncaster debut day. After a morning spent instigating all manner of musical fun with his colleagues in Izzy Gizmo, the latest family concert composed for Ensemble 360, his evening was spent conjuring up Romantic Easter treats for the more mature.

One of the greatest joys of Ensemble 360 concerts is having a chance to hear lesser known works played with passion and mastery, which often prove so splendid it’s a mystery why they’re still lesser known. Tonight Brahms’ Violin Sonata No 2 in A was followed by Walter Rabl’s super Quartet for Clarinet, Violin, Cello and Piano, possibly the first piece written for this lovely combination, while the finale was saved for Alexander von Zemlinsky’s delicious and exciting Trio for Clarinet, Cello and Piano. Brahms, 50 years their senior, fervently championed the young men’s writing so impressed was he by their exciting music. And weren’t we all! Yes, the singing, soothing melody and superb interplay of pianist Tim Horton’s and violinist Ben Nabarro’s virtuosity and lyricism in the Brahms Sonata were fabulous, but the dynamism of Rabl and Zemlinsky managed to upstage Brahms, bringing thrilling turns in mood and texture as they travelled from solemn depths to soaring heights, from drone to lilt, from turbulent and vivacious to languid, from passionate bustle to grand and lyrical. Close musical conversations created entrancing music all the way, threaded through with delightful fugal followings, harmonious togetherness and particularly delicious pairing of Robert’s clarinet with Gemma Rosefield’s cello. Exhilarating stuff!

Also new to this venue was Izzy Gizmo, the latest interactive, story-based, musical composition in Ensemble 360’s growing repertoire of hugely popular family concerts, each specially commissioned and composed for the high-flying musicians and introduced to hundreds of school children via pre-concert workshops. They’ve proved so excellent and successful over the years that various have been performed by orchestras and ensembles around the world – and Down Under it, too. Based on Pip Jones and Sara Ogilvie’s best selling book, Izzy’s busy, original score comes, as ever, from Music in the Round’s Composer-in-Residence, Paul Rissman. Though Izzy Gizmo’s adventure is less grand and extravagant than those of predecessors like Stan and Mabel or Sir Scallywag and there are fewer characters in the mix, there’s fun and involvement all the way as soon as engaging storyteller, sunny, funny Polly Ives, steps onstage with her sparkly shoes and personality to match. Tailoring output to the age range and school workshop expe
rience of a particular audience, she takes expert charge with fervent passion and praise as kids and adults play vocal and physical games, get introduced to players and instruments, run through the story’s catchy choruses and generally have a good laugh before joining in the songs and actions as the musical tale is told in full.

With wild hair, welly boots and round owl-eye glasses, Izzy is a quirky, passionate Heath Robinson-style inventor but, alas, if things don’t go right instantly, Izzy gets in a right old tizzy and gives up straightaway. So it’s up to wise old granddad to teach her, and all of us, the common sense of “try, try, try again.” The book’s illustrations are projected large as the music plays and the story unfolds, and this time movement has been digitally added, too. This is, perhaps, a bit unnecessary or slightly distracting at times, but perfect when Izzy is marching along with her tool-bag or when poor crow loops and tumbles through the air when his new wings fail.

The musical wizardry of every player and the magic of each instrument in Izzy’s tale surely can’t fail to impress, and the breathtaking finale of Saint-Saens Carnival of the Animals may well kick-start, perhaps, a long-lasting love of music and music-making in young and old alike.

Details of Ensemble 360 concerts and of children’s resource/activity packs, recordings etc can be found by following this link.