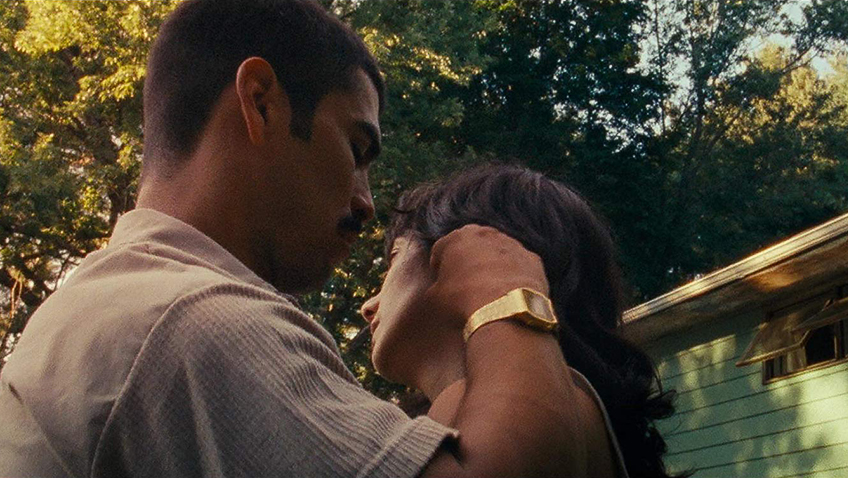 is a beautifully made coming-of-age story from American filmmaker Jeremiah Zagar (In a Dream), cleverly and sensitively adapted from Justin Torres’ award-winning, semi-autobiographical novel

of the same title by scriptwriter Daniel Kitrosser. Like many coming-of-age stories, from Kes to Ray & Liz, it overlaps with the ‘dysfunctional family’ genre, although within this category there are degrees of ‘dysfunctional’.

, which is more on a level with Captain Fantastic. Ma (Sheila Vand) and Paps (Raúl Castillo) are not bad people – they are just not great parents. It is not only the compassionately drawn parents, but their youth (‘Ma’ was only 14 when gets pregnant), circumstances (they both work night jobs and Ma was disowned by her family) and the vulnerability of their three rambunctious young boys that mark the difference and makes the film so compelling.

Being parents to three boys, Manny (Isaiah Kristian), Joel (Josiah Gabriel) and Jonah (Evan Rosado) who range between the ages of 9 and 12 would be a challenge for any family, but young parents Ma, an attractive Irish/American welder in a factory and Paps, a handsome, Puerto Rican security guard, have other problems. With no friends or parents to support them, they share a close-knit family life in a secluded house outside of the former mill town of Utica: a no-frills life that ranges from loving and happy to abusive, but seldom provides the stability, let alone parental guidance that the boys need.

The insecurity is not only a product of their parents’ lack of academic education or night shift jobs, although this does not help. As Ma works in a factory, Pops takes the boys to sleep in sleeping bags on the concrete ground in the warehouse he is guarding. When the boss discovers this situation as the boys sneak out early one morning, instead of appealing to his boss’s compassion, Pops loses his temper and hits the man, ensuring that he is sacked with no references.

The parents are like children themselves. Pops buys a fashionable used truck that, as Ma points out angrily, is useless for the family, having just one front bench and no seats, seatbelts or boot. Paps uses his body to quell her anger, and promises to return it, but does not. When the truck breaks down and Paps and the boys are towed home, they lack the money to repair it. It is a tribute to Zagar’s direction that we have sympathy for Paps whose tears are tears of frustration and inadequacy. 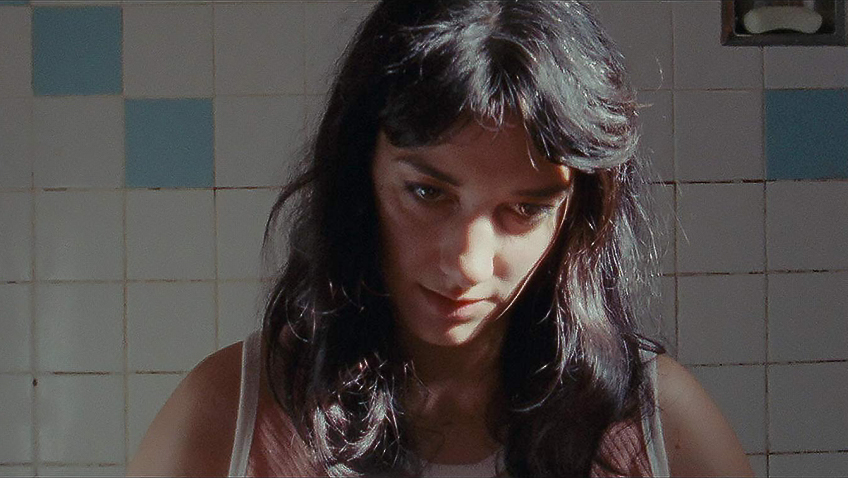 Sheila Vand in We the Animals

But equally alienating for the boys is the intensely sexual relationship between Ma and Paps, which tends to exclude the bemused children, as though they are intruders. Both Vand and Castillo have great bodies and their characters’ unrestrained sexual impulses are a part of who they are. The sexual chemistry between Vand and Castillo is so strong it is palpable, and Zagar shows how even this can be a form of child abuse.

In one scene in which tension grows from our discomfort, the boys are about to have a shower when the parents, both in their underwear, begin making love on the washstand. The boys peak out through the shower curtains and their parents, realising that, become, for at least a minute longer, a peep show spectacle for their own children.

We see how Manny and Joel grow into versions of their father while the youngest, Jonah, tends to gravitate towards his mother. She overcompensates for her shortcomings as a mother with the young, adorable Jonah in a way that confuses the sensitive boy. We see the film through Jonah’s eyes and a criticism of the film could be that the two older brothers are never individualised.

Even what starts out to be a normal, fun, family day out turns sour because Paps’ manly ego is stronger than his parenting skills. Paps, a strong swimming, and the two older boys are frolicking in a beautiful lake one summer day while Ma is coddling Jonah on the shore. Paps beckons them into the water, and intends to change their mind about it by having them cling to him as he swims. Jonah lets go of his mother who is holding on to Paps’ neck and Paps dives under water to save him. 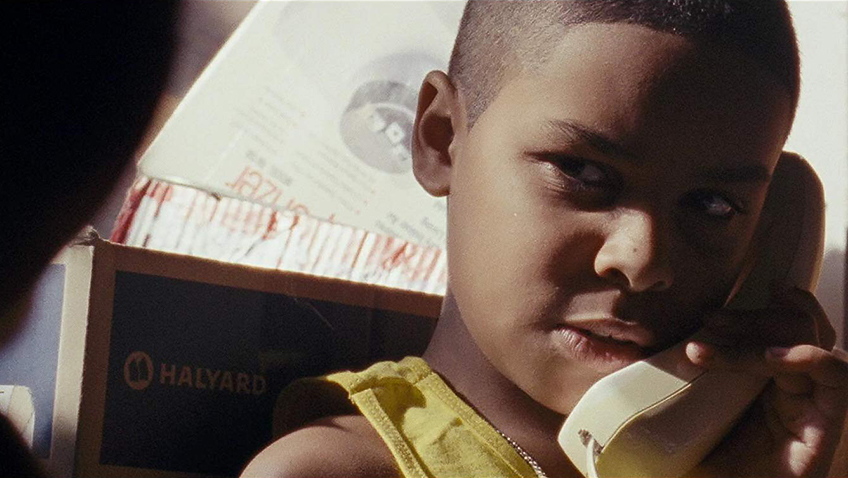 Josiah Gabriel in We the Animals

The traumatic experience reverberates throughout the film through Jonah’s secret notebook, a kind of impressionist diary he hides under the bed that the three boys share. Zagar had the great idea of hiring artist Mark Samsonovich to illustrate the notebook, drawing like a child, and then animating the book to reflect Jonah’s subconscious as well as his recurrent nightmares of drowning whenever he is in a stressful situation. The notebook plays both a real and symbolic role in the story.

After an incident in which Paps walks out on the family leaving Ma with a black eye, Ma stays in bed for days, neither eating nor shopping and cooking. Hungry, the boys steal junk food from a convenience store and then start eating tomatoes in an old man’s (Moe Isaac) vegetable patch. Realising the boys are hungry, he invites them in to eat and introduces them to his teenage grandson, Dustin (Giovanni Pacciarelli). Dustin spends his unsupervised time watching porn and invites the three boys to join him. While the older boys make knowing comments to impress Dustin, Jonah is transfixed and horrified, as though struggling to make the connection between what he is watching and his parents’ lovemaking.

It is nonetheless to Dustin – who claims to be saving to get a ticket to Philadelphia where his mother lives – that Jonah runs, hoping to escape with Dustin, but finding escape in the blond, fair skinned boy’s kiss instead.

In addition to coaxing excellent performances from his cast, Zagar manages to convince us that we are watching a real family. And throughout the year we spend with the family he reminds us how the seemingly minor incidents in our lives leave lasting and profound impressions.